The Philly Bike Expo Turns 10 Years Old This Weekend. Here’s How It Was Born.

On the eve of the Philly Bike Expo's 10th anniversary, we tell the origin story of the popular bicycling event. 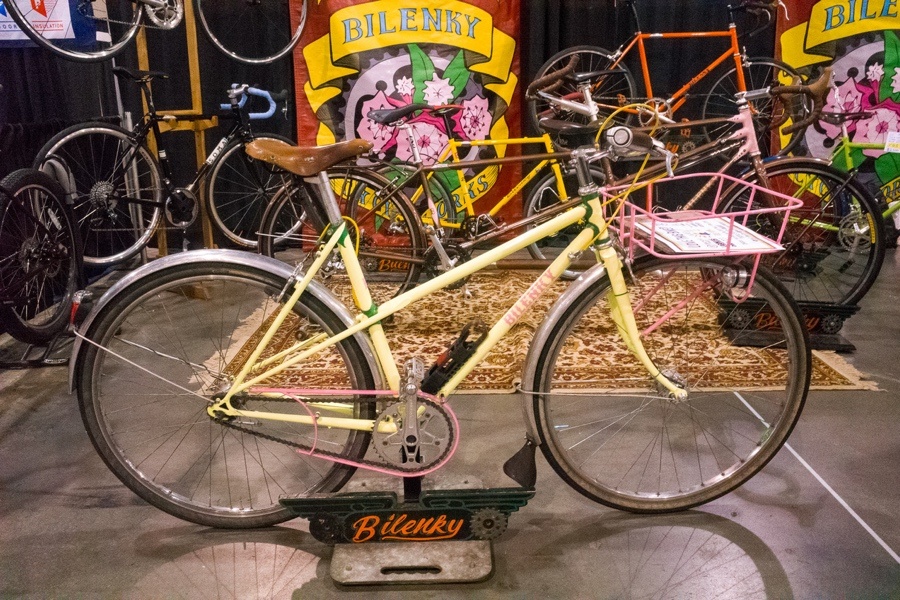 In honor of the 10th anniversary of the Philly Bike Expo this weekend, we looked back at how it all came to be and where it’s going. / Photograph courtesy of Bina Bilenky

Ten years ago or so, bicycling was picking up speed in Philadelphia.

It wasn’t the first time. Back when Philly was the place where things premiered, the “ordinary,” an early bike with a comically large front wheel, made its American debut here, at the 1876 Centennial Exhibition. Same goes for the “safety” — a, yes, safer and cheaper model — 15 years later. In the early 1970s, too, in the wake of the first Earth Day and the 1973 oil crisis, bikes were in high demand in Philly. “All of a sudden, everybody was getting a 10-speed bike,” says Stephen Bilenky, the owner of longtime North Philly bike shop Bilenky Cycle Works. “All the shops were booming, Schwinn was booming, the big import business was booming. We were on the map.”

But it took several more decades for cultural and political factors to converge and create a glittering opportunity for the cycling movement to truly take off in the City of Brotherly Love. For one, in the early aughts, more of the younger generation decided they wanted to keep biking through the city streets long after they graduated from Philly’s large urban universities, which had always been cycling hubs. “Millennials were not leaving the city,” says Sarah Clark Stuart, the executive director of the Bicycle Coalition of Greater Philadelphia. “They were staying, and they didn’t want to drive, and they didn’t care if there were no bike lanes. They just kept going.”

“Some of the neighborhoods had gotten to a bigger size — Northern Liberties, West Philly, Fishtown, South Philly,” Bilenky adds. “Instead of working in Center City and living in all these suburbs, there were suddenly all these bedroom places that were within bike range of where you work.”

It made sense: Philly had the geography to be eminently bikable for commuters — fairly flat, with a tight street grid — and a ticket-happy parking authority that pushed residents away from driving. The added weight of the recession, along with gas shortages, a Septa strike, and the adoption of messenger culture by the burgeoning hipster community (part of what Bilenky calls the “Brooklynization of America”), pushed bicycling into the spotlight for good. “You’re not polluting, you’re getting exercise…” Clark Stuart says. “There were all these benefits and positive aspects to bicycling that I think kind of lined up and were poised for being grabbed onto by people who were coming of age.”

City officials took notice of the rise in interest. During his campaign, Mayor Michael Nutter promised a river-to-river bicycle corridor, which eventually became the buffered bike lanes on Spruce and Pine streets, and in 2008 hired Philly’s first bicycle and pedestrian coordinator.

Amid this renaissance, Bilenky, who’d attracted attention from Bicycling magazine for his handbuilt bikes, decided to try to lure the North American Handmade Bicycle Show to Philadelphia. He wrote what he says was a “long, involved letter” to the organizer. “I laid out the whole thing,” he says. “Philly’s a great bike town. It’s got the Convention Center. We have all this public transportation and the Bicycle Coalition and these trails and commuters and a really big hobbyist population…so we should do the next show on the East Coast in Philly.”

“But he didn’t come here,” Bilenky says, a little wistfully. “He went somewhere else.”

Afterward, the path seemed clear: Bilenky had to host his own trade show, an event he put together in about six whirlwind months of planning. The first Philadelphia Bicycling Expo was held October 30th and 31st, 2010, at the 23rd Street Armory, with its signature tagline of “Artisans, Activists, Alternatives.” A 2010 Inquirer article described the agenda as “a fashion show [with] cycling couture…a cocktail party, a Halloween bash, a yoga clinic, author readings…[and] bikes, bikes, bikes, bikes.” 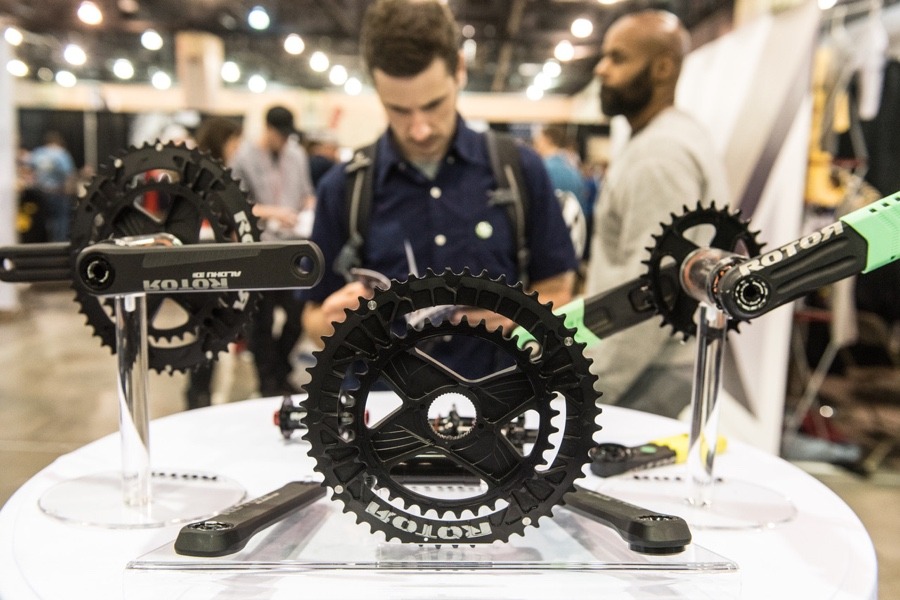 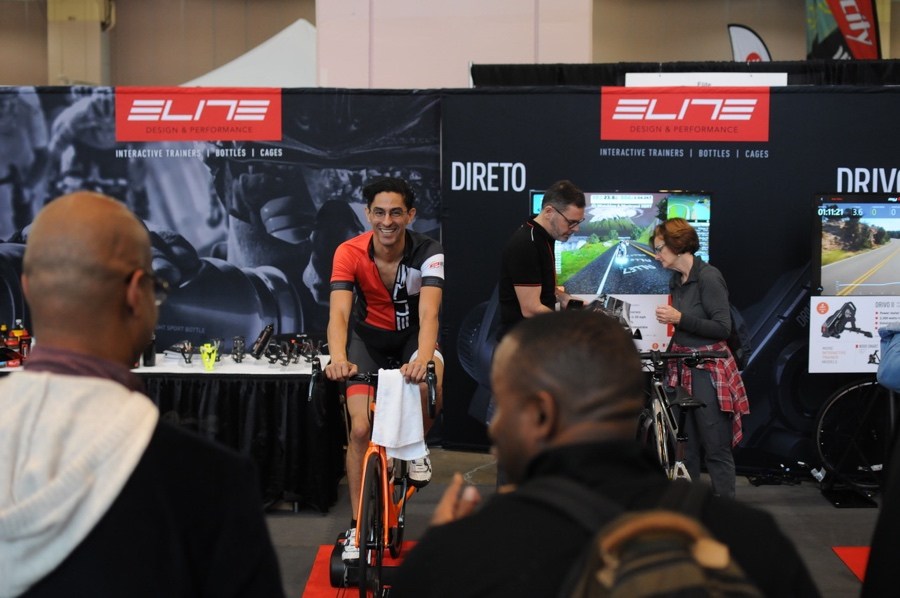 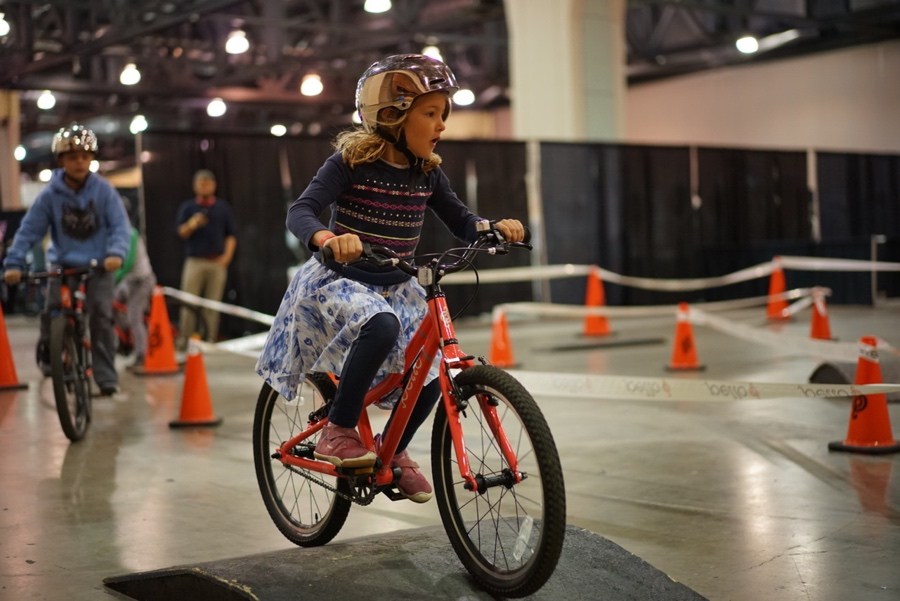 Bilenky and his daughter, Bina, who eventually took over management of the show, have stayed true to that quirky, diverse mission in the decade of expos since. (The 10th Philly Bike Expo will take place on November 2nd and 3rd at the Pennsylvania Convention Center, with about 200 exhibitors compared to the original’s 65.) In addition to all the bike shops, frame builders, apparel manufacturers, tool vendors, activists, and tourism companies hawking their wares and messages, there are seminars and demos and rides and a kids’ area.

“What I love about the Philly Bike Expo is there’s just so much going on that appeals to different people’s interests,” says Taylor Kuyk-White, the youth cycling program manager for the Bicycle Coalition. “It’s not just an event that is for big industry corporations to come and sell their latest hydraulic brake lever to bike shop employees, which is often what industry trade shows are about.”

“The combination of family focus, radical thinkers, and industry gurus all coming together to enjoy the same space represents something really unique,” she continues. “I’ve enjoyed all these things separately — I go to this conference called Bike!Bike! that is your bike shop punks and your anarchists and volunteers that are working to make riding a bike as easy and as affordable and as equitable as possible, and the conversations I have in those circles are really different than the conversations I have with corporate representatives that are thinking about how to market themselves through the lens of diversity, equity, and inclusion. When we have this genuine overlap of different people coming together to have the same conversations, it represents a really cool opportunity.”

These conversations about representation and diversity have become ever more central to the event’s mission over the years. Although they don’t know for sure, the Bilenkys believe the Philly Bike Expo is the only woman-owned bicycle industry show, and it’s apparent in the programming and initiatives.

A few years ago, Kuyk-White partnered with the expo to start a sponsored elite women’s cycling team. Last year, half the seminar presenters at the event were women. This year, in addition to several female-focused talks (the website describes Saturday’s 4:30 p.m. Chamois Talk as “a pants-down roundtable discussion on the female pelvic anatomy, saddle fitting, and things that go bump in the night”), the Expo is partnering with SRAM, a major bicycle component company, to sponsor frame builders who identify as female, transgender, or people of color to come exhibit. And, on Sunday, Ayesha McGowan, who’s trying to become the first African-American female pro road cyclist, is leading a Representation Matters workshop to discuss how to encourage organizations and people in the industry to represent underrepresented communities without tokenism.

“It just comes back to having something for everyone,” Bina Bilenky says. “We don’t want it to be exclusive in any way.”