Food Co-Ops Are on the Rise in Philly

But are they really helping the communities they serve? We grilled the general managers of three local food co-ops to get some answers. 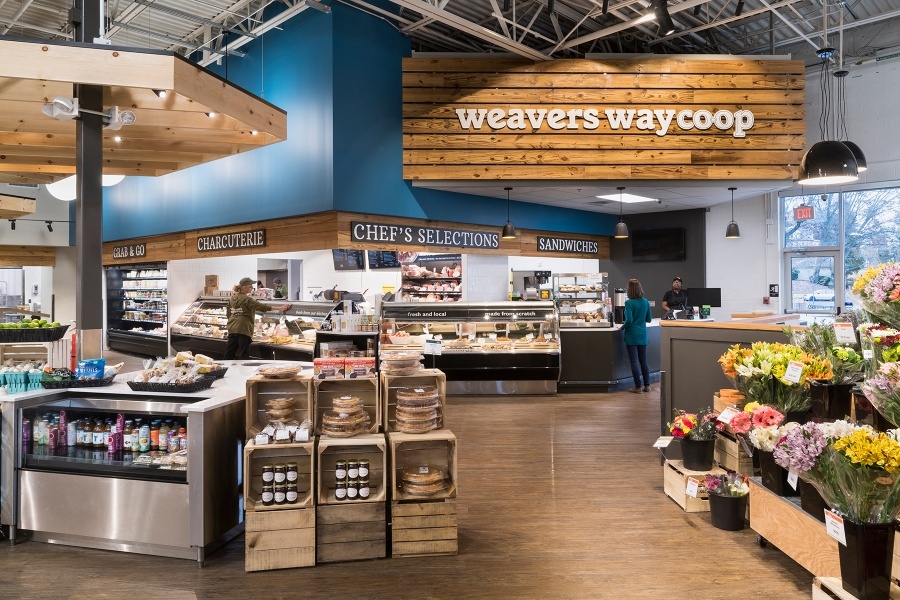 With more food co-ops popping up in historically underserved neighborhoods, we chatted with three general managers about whether their co-ops actually make food accessible for all. / Photograph courtesy of Weavers Way

This past Friday, Mayor Kenney declared October 19th the inaugural Philadelphia Grocery Co-op Day. His proclamation, which prompted a full-day, city-wide celebration, recognized local food co-ops and the Philadelphia Area Cooperative Alliance (PACA) for their commitment to “growing the cooperative economy and building a movement for economic justice in our area.”

While PACA has been in operation for the past 12 years, the city itself has a longstanding history of co-ops. In 1752, Benjamin Franklin helped establish the Philadelphia Contributionship, the first mutual insurance company in the United States and the first Philly co-op. A century later, Pennsylvania became the third state to pass a co-op law permitting the formation of mechanical, manufacturing, and agricultural cooperatives.

Currently, the Philadelphia area is home to four food co-ops, with one more in development. It boasts Swarthmore Co-op, the third oldest food co-op in the country; the Mariposa Food Co-op, which originated in West Philly basements and garages; and Weavers Way, the only co-op in the city with multiple locations. Six months ago, Kensington Community Food Co-op opened doors, and soon (likely early next year), South Philly Food Co-op will follow suit. 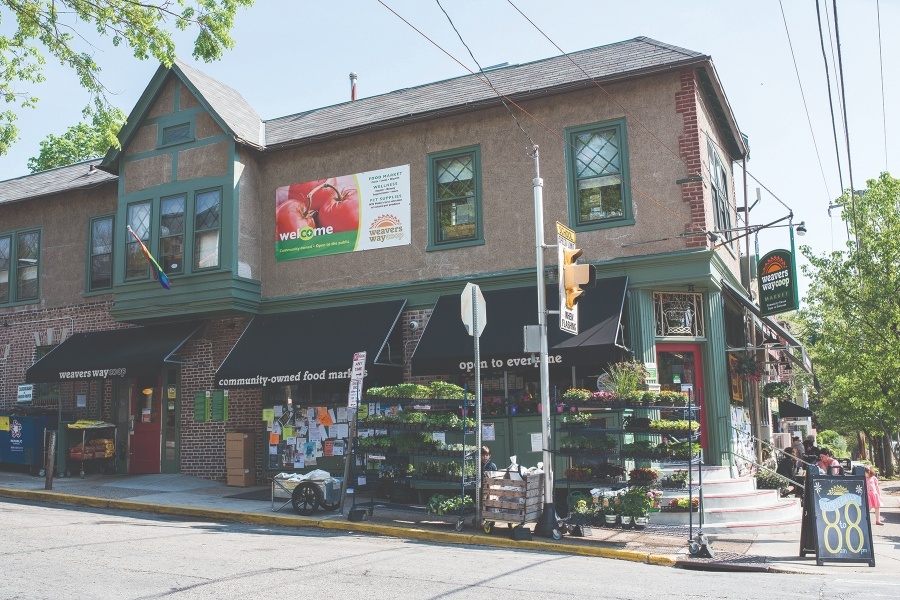 We turned to three experts — Jon Roesser, Lori Burge, and Mike Richards, the general managers of Weavers Way Co-op, South Philly Food Co-op, and Kensington Community Food Co-op, respectively — to explore what co-ops mean to their communities and to the city as a whole.

BWP: Why is Philadelphia a city in need of co-ops (versus commercial or for-profit grocery stores)?

Roesser: Co-ops have been emerging in neighborhoods that have been historically underserved by conventional grocery markets that are currently out there. The for-profit stores generally carry a lot of processed, conventional, corporate food, and not much healthy and local food that is affordable. For this reason, many Philly residents have been let down by for-profit chains, and co-ops want to put power back into the hands of community members.

Richards: [Philadelphians now] seem to be more mindful of tapping into the local economy and supporting local businesses [than previous generations]. Co-ops do that in a much different way than big stock stores do because co-ops keep the money in the neighborhood and support the community members they’re serving. 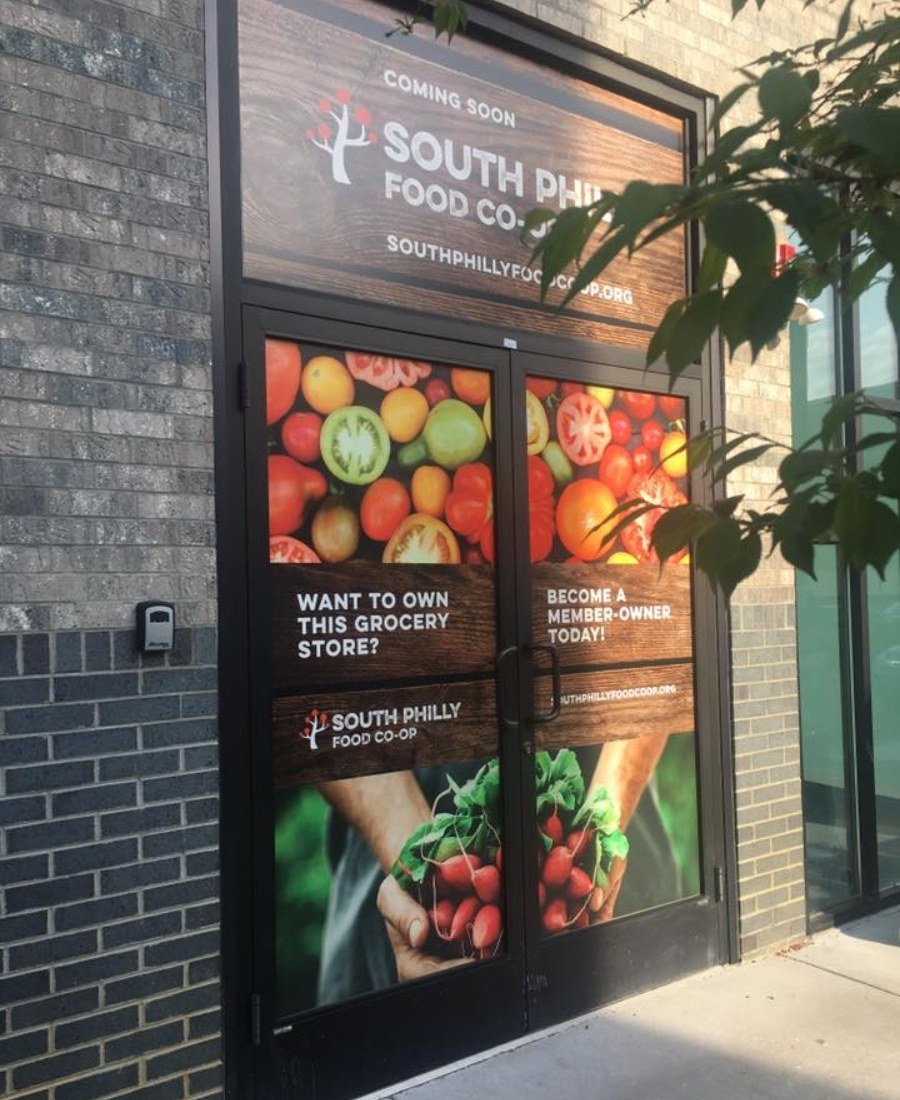 South Philly Food Co-op is currently in development stages and is hoping to open early 2020. / Photograph courtesy of Lori Burge.

How does a co-op (versus a commercial or for-profit grocery store) benefit your co-op’s neighborhood?

Roesser: Because Weavers Way is not a chain and are hyperlocally owned, we (1) will never get bought out by some out-of-town corporation that funnels money out of the community and (2) are able to truly reflect the personalities of our three locations. For instance, we know certain cheeses will sell well in Chestnut Hill, but not in Mt. Airy, so we stock the shelves in ways that are tailored to what our neighborhoods actually need.

Burge: South Philly is a neighborhood that is densely populated, with not much room for large grocery stores. Most folks in South Philly are walking or taking public transportation, which makes it difficult to gain access to the few neighborhood stores that carry fresh produce and healthy foods. This is what we hope our co-op will alleviate. Plus, we’ve been conducting a survey to better identify what our neighbors need. We’ve learned South Philly residents want high-quality food items that they trust, education and information about food, ways to support local farmers and vendors, and an easier way to build community.

How does your co-op meet the needs of area residents who live with food or economic insecurity (i.e. live in a food desert or identify as low-income)?

Roesser: Weavers Way has a Food For All program, which allows our neighbors who are low-income to become a member of the co-op at a discounted price. For $5 per year, they get 10 percent off all their groceries. We also have our Co-op Basics, a program that guarantees there are lower-priced, high-quality items in each of our categories (i.e., dairy, deli, freezer, produce, and paper). Additionally, anyone, no matter their membership cost, can receive five percent off their purchases if they volunteer six hours per year at the co-op or our partners.

Burge: Our priority is to ensure that fresh, healthful food is accessible to all. We will work to ensure that we have a full range of staple items at reasonable prices and plan to accept SNAP, but more than that, we plan to launch programs to help bridge access to healthy foods for those on a limited food budget. Our Food Justice and Equity Committee is dedicated to analyzing, researching, and advising on ways that we can further advance our mission of using food as a force for good, which includes ensuring economic accessibility. Additionally, we launched our Community Equity Fund, which is designed to give everyone, regardless of economic situation, an opportunity to become a member-owner and participate in the governance of the co-op.

Richards: [Some area residents] are experiencing a variety of injustices, including food insecurity and homelessness. We, as a co-op, have more of a responsibility to be sensitive to what some of our neighbors are going through. Though we’re not a shelter by any means, we allow people to use our facilities, like the bathrooms, and provide free water. Our immediate response is not to kick out people who are not buying things. 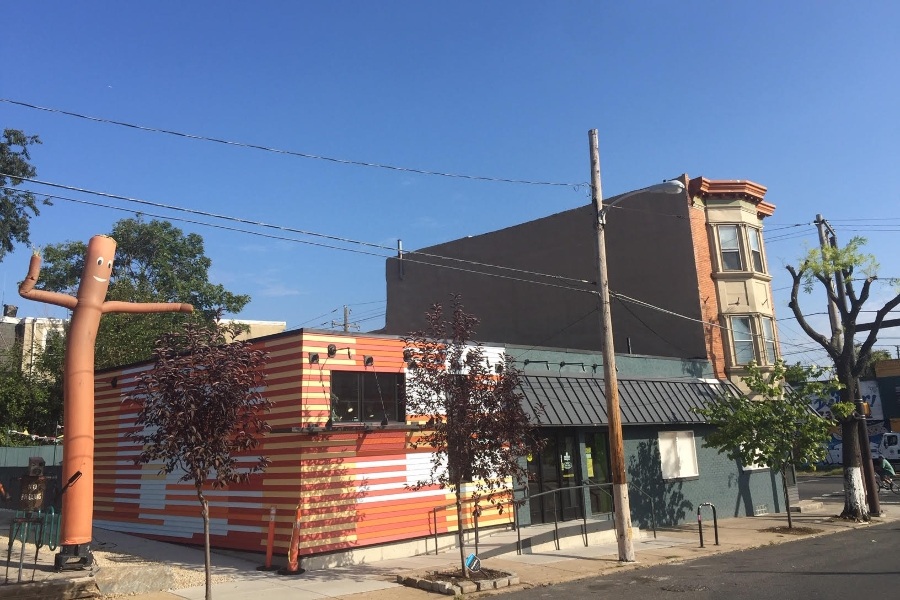 So, what about food items that are more expensive in the co-op than they are elsewhere (i.e., fair-trade)? How does your co-op help people make informed and budget-conscious choices?

Roesser: We emphasize locally produced foods to make sure the producers are paid fair wages, but this almost always means the cost of the product is going to be expensive. For example, we only sell coffee that is fair-trade certified, which is priced higher than commercial coffee. We do the best we can to provide educational offerings and workshops to hopefully reach our members about their buying habits and values. We also have a monthly newspaper that serves as our primary method of communicating information about food sustainability and food ethics.

Burge: There are a lot of economic forces and conditions at play in consumers’ buying habits that we work to combat as much as possible. Our job is to provide folks as many low-cost options as possible as well as educational moments to make knowledgeable food choices. Sometimes, folks are going to need to go for lower-priced items, and that’s okay. But the co-op works to provide healthy, affordable food and supply the community with information about products — where they come from and how they’re sourced — and give them an opportunity to make an informed decision.

Richards: I’ll be honest, it’s tough. KCFC and co-ops at large don’t have the buying power that big box stores do. But we strive to find less expensive alternatives to our products. We have what we call “everyday low prices,” which reduce the cost of staple items in major grocery categories [similar to Weavers Way’s Basics program]. Plus, it’s important to us that we’re letting our community members know they have direct access to fresh, healthy foods.