This Philly Rower Can’t See the Finish Line, But He Races Anyway

John Curran, a 63-year-old rower from Northeast Philly, completed his first solo race on September 29th — despite his blindness. 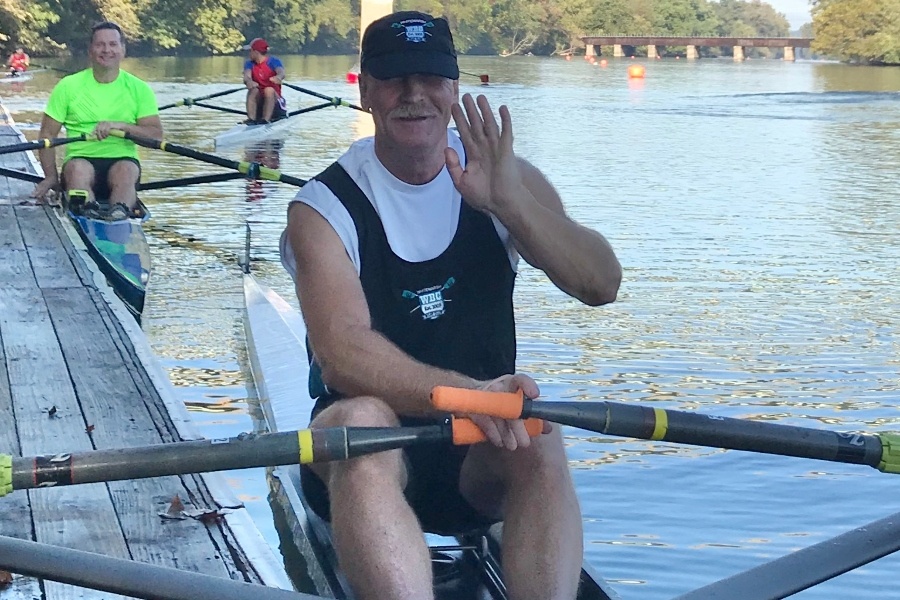 Despite being blind, John Curran completed his first regular racing single with the help of a sighted guide and Bluetooth technology. / Photograph by Michele Morris

At 48, Northeast Philly resident John Curran got into a racing boat, grabbed some oars, and hit the water as a rower for the first time. Now 63, Curran has since competed in double (two-person) and quad (four-person) events in several regattas, including the Head of the Charles in Boston, the largest two-day regatta in the world. And for the first time two weeks ago, Curran completed his first regular racing single, meaning he rowed alone in a long, narrow, “tippier” shell.

What makes these achievements even more exceptional: Curran is blind.

About 17 years ago, Curran, who already had cataracts, thought something might be wrong when he began experiencing an unnatural amount of glare, and his eyes seemed to take longer to adjust to lighting shifts. Shortly after, he started losing his peripheral vision. In 2002, Curran was officially diagnosed with retinitis pigmentosa (RP), a rare degenerative eye disease. Within the year, he completely lost his eyesight.

But he was determined not to let his blindness debilitate him. Curran enrolled in the Associated Services for the Blind and Visually Impaired to adapt to his new lifestyle. While there, an instructor told him about the Pennsylvania Center for Adapted Sports (PCAS), a Philly nonprofit offering year-round adaptive sports and wellness programs out of Boathouse Row. “Most people in my situation would have hunkered down inside,” he says, “but I was reminded that there’s always an opportunity to be social.”

Two years after his diagnosis, Curran started cycling with PCAS and then decided to take up rowing — a sport he’d never tried before. In just two months with the help of coaches, guides, and volunteers, Curran competed in his first regatta, the annual Bayada Regatta, which is the oldest and largest all-adaptive rowing competition for athletes with disabilities. Soon after, he joined the Whitemarsh Boat Club, where he’s been practicing, rowing, and racing for 15 years. 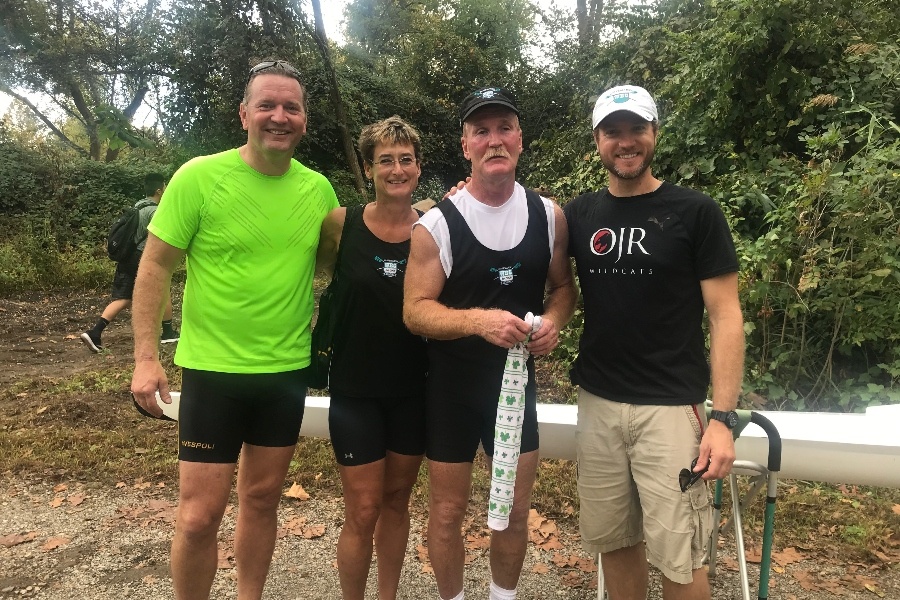 Earlier this year, Curran decided he wanted to take his rowing skills to the next level — and gain even more street (er…water) cred — by competing in a regular racing single. “[Racing in a single] is a hard thing to do, but other rowers do it and are respected for it,” Curran says. “And a big part of me just wanted to be like the other kids!”

So he trained, hard. In May, Curran went to rowing camp at Craftsbury Sculling Center in Vermont. Back home, he practiced in a training boat every Monday, the boat lent to him by Bryn Mawr rowing head coach and Olympic gold medalist Carol Bower. Curran says his Whitemarsh coach, Stefan Sztancsa, and Philly-area coach and rower, Mark Valenti, also played big roles in setting him up for success on race day.

The big race was the Kings Head Regatta, hosted by the Upper Merion Boat Club on September 29th. Curran competed with a guide, John Monaghan, who was in his own single shell ahead of Curran. The two used Bluetooth technology to communicate, so Monaghan could give Curran directions. Feeling and hearing the oars dip into the water helped Curran keep his balance in his narrow, unstable boat. Curran completed the roughly two-and-a-half-mile race in 21 minutes and six seconds, but he wasn’t concerned about his time. “My goals were to not flip over and to complete the race,” Curran says. “And I achieved both.”

He attributes his rowing abilities and triumphs to his coaches and guides as well as the local rowing community. “I feel like a lot of disabled people get told no when they want to try something that other people think is dangerous,” Curran says. “For the Whitemarsh Boat Club to believe in me and for the Upper Merion Boat Club to let me race a single is important not just for me but for others who want to pursue their goals.”

Curran was also diagnosed with leukemia three years ago. Despite his family urging him to quit rowing and his doctor’s concerns about fatigue, Curran uses both his disability and disease as motivation to keep trying, even though the odds are stacked against him. “I’ve learned that I can take on any challenge and complete it,” Curran says. “It’s not about winning, but about finishing. Nothing has to be a death sentence.”