PSA: It’s OK if You’re Not Running a Marathon This Fall

Therapist Jenny Weinar gives some fitness alternatives to training for a long race this season. 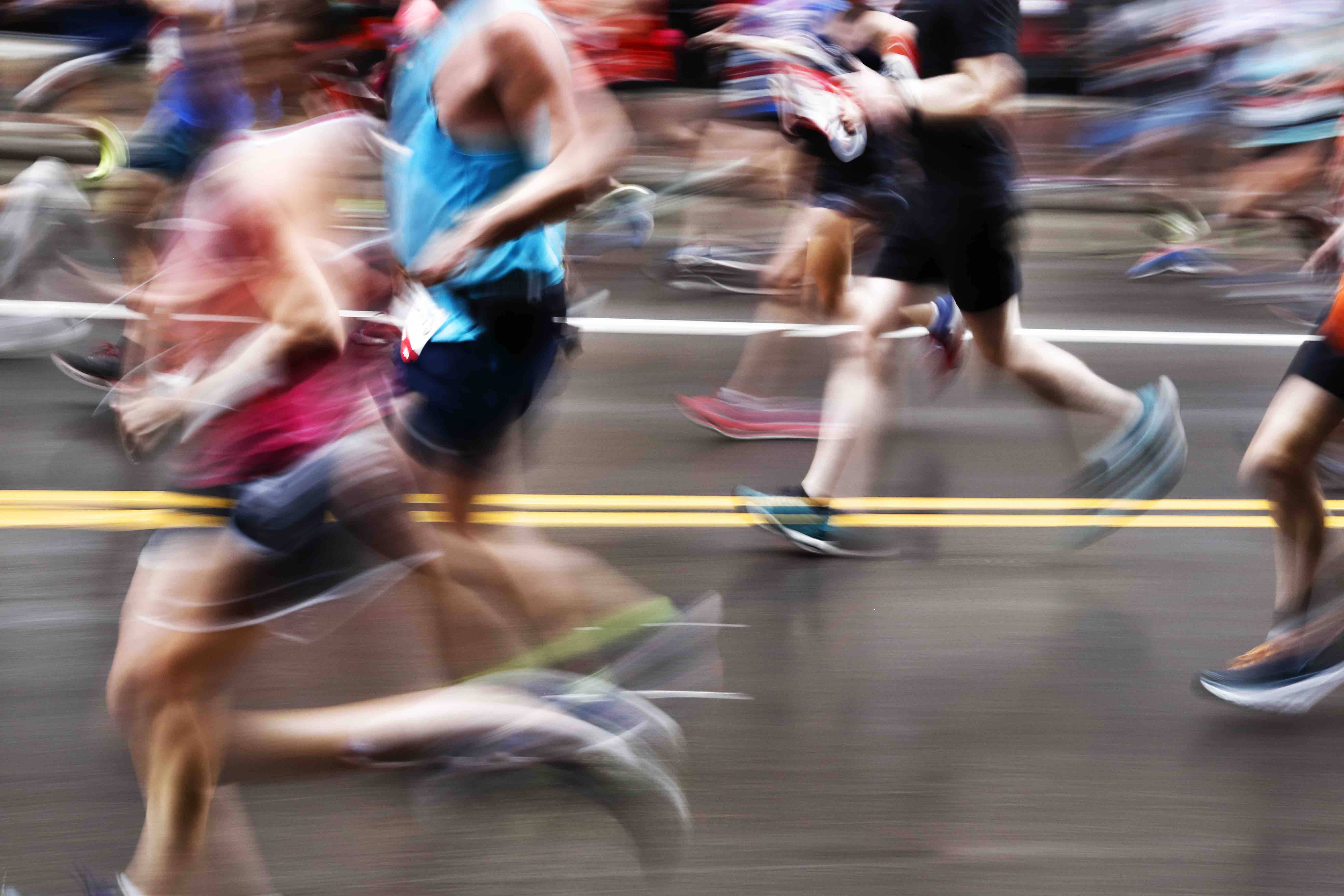 Even though it may seem like everyone around you is training for a half or full marathon this fall, you don’t have to jump on that bandwagon. Here are some fitness alternatives if you’re not running a marathon this fall. / Photograph courtesy of Getty Images

Jenny Weinar is a Philly-based body positive psychotherapist and certified yoga teacher who’s passionate about helping clients struggling with disordered eating, chronic dieting, over-exercising and weight preoccupation find their way home to their bodies. This is the eighth of a series of posts that will (hopefully!) help our readers do the same. Read Weinar on Be Well every other Tuesday.

It’s officially autumn (despite what Philly’s weather might think). Along with turning leaves and chunky sweaters, the new season ushers in all the fall races in the area, including the Philadelphia Marathon.

I’m not much of a runner, but from what I hear, training for and running a marathon has a number of benefits. The confidence boost that comes with accomplishing such a feat, the excitement of being a part of something, exploring the body’s abilities, overcoming obstacles — all that sounds great to me.

But there are also plenty of valid reasons not to run a marathon. Injury is one, of course. Maybe you just don’t have the time or energy to devote to training for and running a marathon. Or, like me, you simply might not want to do it — and that’s OK. For some people sitting it out, though, the buzz leading up to the big fall race can leave them feeling left out or self-conscious about their decision.

I spoke with Jane Morley, a project editor for a Philadelphia book publisher, who has run her fair share of races, including three marathons. Morley spoke about our culture’s idealization of quantifiable fitness, such as the number of miles run, pounds deadlifted, days spent practicing yoga, and so on. She described a double-edged sword — such goals can help push us to new levels, but, at the same time, we might become motivated by external, rather than internal, forces. In other words, we’re no longer running the races because we want to.

Morley finds this trap especially strong in Philly during the fall, when it seems like everyone in the running community is running at least one half or full marathon. For those trying to make peace with their decision not to run a marathon this year, here are some tips:

Think smaller. If you have a healthy relationship to exercise and want to experience the thrill of a race without committing to a marathon, there is no shortage of shorter races. Morley cites “two special fall races that don’t require you to give up your social life…the Ben Franklin Bridge 10K, when the bridge is shut down to cars, and the Pennypacker Pack Cross Country Open in South Jersey, which is a neat opportunity for folks who missed out on XC in high school — or anyone looking to relive their glory days.”

Volunteer. If you genuinely enjoy the race day atmosphere but can’t run yourself for any reason, Morley recommends volunteering or showing up to cheer on runners. “Nothing compares to the energy at a race, even when you’re a spectator,” she says, “and runners definitely appreciate cheers, high fives, or a funny poster.”

Join a group. The strong running community here is just one of the many things that makes Philly so great. With various groups meeting all over the city, there is no shortage of opportunities to connect with others who share a passion for running.

Run for a cause. Morley suggests joining a charity running group such as Team in Training, the Monster Milers, or her personal favorite, the Humane League, as a way of engaging with running for a purpose, not performance.

Run on your own terms. You get to decide whether or not you identify as a runner, whether or not you’re training for a marathon, or even if you’ve never measured your time  or distance. As Morley says, “In a city where lots of runners are all building toward the same single event, it can feel like you’re on the outside if you’re not chasing the same goal. I would hate for someone to think they can’t call themselves a runner if they haven’t done a marathon.”

Participate in a different type of exercise. There are any number of ways to move your body joyfully, if that’s important to you. “Hiking the Wissahickon, biking on Kelly Drive, indoor rock climbing, roller derby, yoga, indoor cycling classes, swimming, etc.,” she says. “Being active can enrich your life, but it’s not a requirement for happiness or well-being.”

How, when, and why to move your body is a deeply personal decision. Ultimately it comes down to knowing yourself and honoring your body’s unique needs and limitations, regardless of what everyone around you is doing. It can be helpful to remind yourself that most people are sharing their highlight reel on social media. For every personal record posted or long run documented, there are just as many painful and unglamorous moments leading up to it. You don’t have to run a marathon, this year or ever, to be a runner, and you don’t have to be a runner for your body to be worthy.