Between Alin Gragossian's emergent surgery and her workplace closing — she was a resident physician at Hahnemann before it shut down — she's had a hell of a year. Here's why she's remained upbeat. 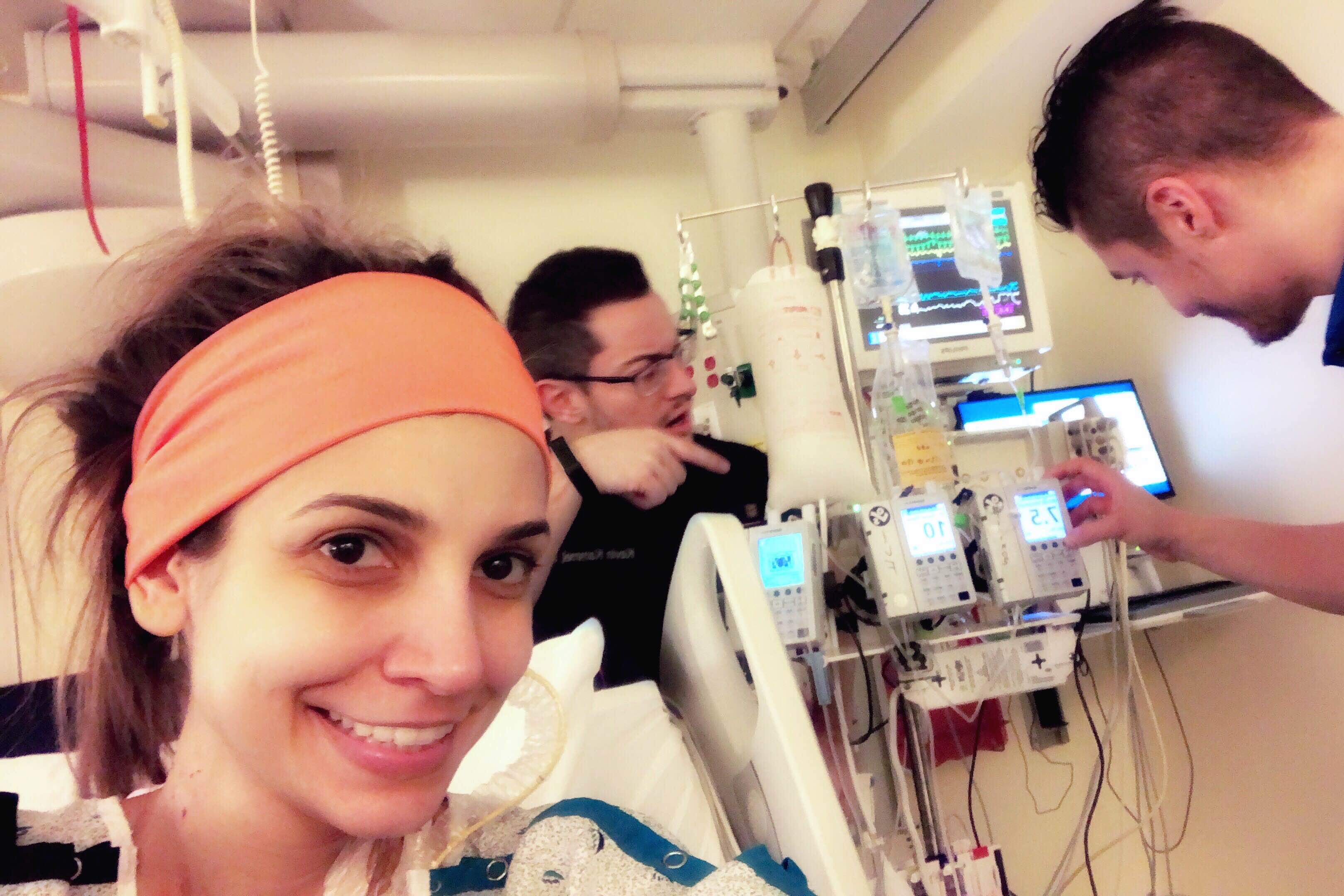 Between her hospital closing and the emergent heart transplant she needed, former Hahnemann resident physician Alin Gragossian’s had a hell of a year. But she remains positive. / Photograph courtesy of Alin Gragossian

Philly mag: Why did you want to be in emergency medicine in the first place? Was there a moment when you knew you wanted to be a doctor (and an ER specialist in particular)?

Gragossian: I used to volunteer in an emergency department when I was in high school. After my first four-hour volunteering shift, I came home and told my parents that I wanted to be an ER doctor.

I remember seeing a girl my age getting a laceration repaired by one of the attending doctors, and I remember seeing my first “code blue” that first night. The two attending doctors who were working that night (who, at the time, had just finished residency) became my mentors 16 years ago. I continued to volunteer at the hospital for years, and soon I started shadowing those same doctors. I kept in touch, and still keep in touch with them — as friends and colleagues. They taught me a lot about education and emergency medicine, and even more about life in general. I wanted to emulate them.

When I started medical school, I remember my own primary care physician telling me, ‘Don’t do yourself a disservice by sticking to one specialty early on; be open about all specialties.’ So I did just that and ended up loving a little bit about every specialty. And thus, emergency medicine.

What made you interested in doing a residency program at Hahnemann University Hospital?

I knew that Hahnemann had a strong emergency medicine program — it was one of the oldest programs in the nation and had a great reputation. I also knew that I wanted to sub-specialize in critical care medicine. Hahnemann’s program was known for letting residents spend a lot of time in the ICU, along with the emergency department.

I’d heard that you ended up needing a heart transplant while you were a resident there. How did that come about?

It all started with a cough last year, around the end of October. I had been perfectly healthy and didn’t think anything was wrong with me, other than a cold. The cough worsened over a few weeks, and by mid-December, I became so short of breath with the cough that I ended up in the Hahnemann emergency department (ED) — not as a resident but as a patient. It was difficult to diagnose what was going on, since I thought that I had no medical problems. I was admitted to the hospital that night for a further work-up.

That same night, just hours after checking myself into the ED, my heart stopped. I was intubated, put on a breathing machine, and put into a medically induced coma. When I woke up, and after some more tests, the ICU team told me that my heart was failing. I had something called dilated cardiomyopathy [which makes it more difficult for a heart to pump blood] — likely a genetic defect.

I was transferred from Hahnemann to the University of Pennsylvania Hospital for more advanced heart failure care measures. When the medications weren’t working, I was immediately enlisted for an urgent heart transplant, which I received within two weeks of my stay.

How did that affect your residency? In what ways did you feel different from your fellow residents (and even how you’d previously seen yourself) after the surgery?

It was tough. In the beginning, I was just happy to be alive. I didn’t care about anything else. I was given a second chance at life — that kind of stuff really changes how you prioritize things and continues to change how I prioritize things.

I knew that I would be a “different type of physician” because I would be able to empathize so well with my patients. I found that humbling and beautiful. Ironically, I had gotten into a critical care medicine fellowship (which I have put off for one year) just a month before all of this happened to me. I’d be able to connect with patients who were going through exactly what I went through, both in the ED and in the ICU.

And I was glad that I would able to use my voice as a physician with a heart transplant to help various organizations and causes — for organ donation, for women with heart disease — things that really would make my second chance at life so meaningful.

But sometimes I would be angry with what happened to me. I could have just graduated with my co-residents and moved to New York City to start fellowship and lived a normal life (see my post “Graduation” on my blog).

Overall, the positives outweighed the negatives, and I was almost grateful in a way that this happened to me. I was able to use my misfortune in positive ways.

When in the timeline did you hear that Hahnemann was closing and what was your reaction?

I was finally cleared to go back to work right around my six month “heartiversary.” The week before I started work, the rumors started spreading that it might close. We were told that perhaps, our program could still be saved. (We would maybe rotate at other hospitals.) But on the day that I restarted residency, July 1st, 2019, everything became official. It was the WORST! I told myself that I had been through worse though, and that’s what kept me going.

How did you end up finding another residency program?

It was really difficult finding another program. I only had a few months of residency left, and I was in a very special situation. I had to stay in the area since my cardiac care was at Penn, but there weren’t enough third-year residency slots in Philadelphia. I ended up finding a slot at UPMC Pinnacle in Harrisburg by basically cold-calling the program director and telling him about my situation. The program took me and one of my co-residents in with open arms, and they have been amazing.

The hardest part is the commute to Harrisburg, but I take the train, so I’m able to get things done or sleep while I’m traveling, which helps. I have rented a room there for days that I don’t feel like returning to Philadelphia. And, because of my health needs, the program has been really flexible with everything.

How is this residency program different than Hahnemann?

Harrisburg is just a different type of city. Smaller, of course. We still see all sorts of patients here. The program here is a lot smaller, but the emergency department is physically bigger. It’s different in that I am not as close with the attendings yet, but I assume that will change with time. My Hahnemann family will always be my Hahnemann family — they were there for me for three-plus years, through my best and worst times.

How are you feeling now? How do you think this experience will affect you going forward?

I think that I’ve gained a lot of wisdom in just nine months. I think that we never really know how strong we are until we are tested in the most pressing of ways. People keep asking me how I ‘did it all.’ And I say, ‘Well, I wasn’t given a choice.’ I just kept getting handed things that I had to deal with, and I tried to make the most of each struggle. It wasn’t easy, but I came out a stronger person. I read somewhere something along the lines of, ‘Your character is built upon how you handle the toughest of situations.’ And I truly believe that. These experiences taught me so much more in less than one year than my whole life has taught me in 31 years.