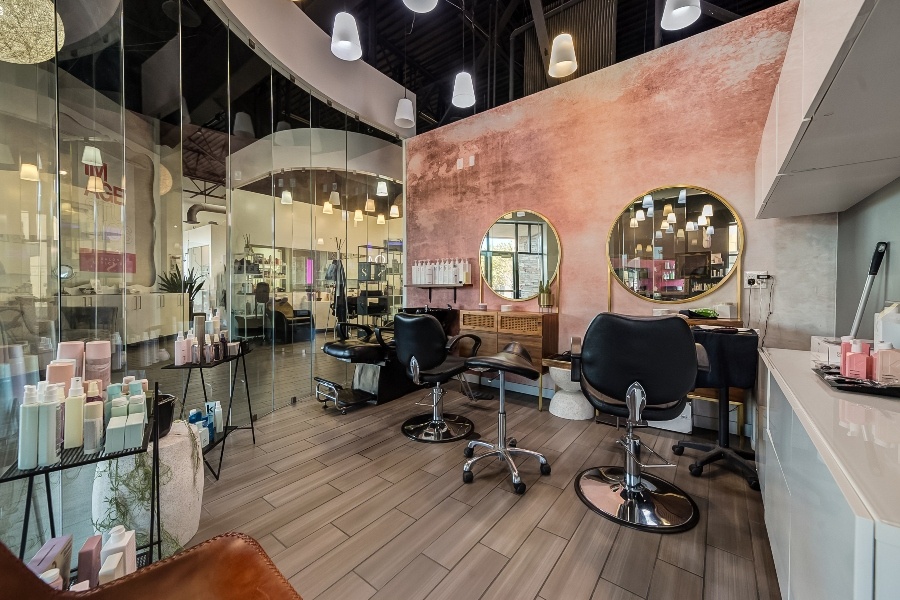 When it comes to your hair, skin, brows, and other beauty care, it can be tough to find a stylist who you (a) like, (b) trust, and (c) can afford. Once you find a beauty professional whose work fits your personality and your budget, you likely keep your fingers crossed that they don’t move away or leave the industry because then you’ll have to go through the grueling process all over again. (I’ve been going to the same hairdresser since 2008 for all these reasons.)

Plus, there’s the added stress of booking an appointment. Anxiety sets in: What if they aren’t free when you are? Even though salons tend to stay open later during the work week and have weekend availability, finding a time in your jam-packed calendar sometimes seems impossible. And if you don’t call two or three weeks in advance, you might be out of luck for an appointment in the near future.

Starting this November, you’ll be a little less stressed out (at least over your beauty needs) thanks to Image Studios 360. The community-based salon company, which leases working spaces to beauty professionals, is opening four Philly-area locations in West Chester, Berwyn, Bryn Mawr, and Feasterville. These will be the first Pennsylvania studios for Image Studios 360.

Founded in 2009 by brothers and entrepreneurs Jason and Shaun Olsen, Image Studios 360 takes large retail spaces and turns them into franchised coworking studios for hair stylists, estheticians, microblade specialists, and other industry professionals — all of whom offer their services within their luxurious rented salons. Stylists become their own bosses, allowing beauty service providers to create their own schedules and have a better work-life balance. Plus, stylists only pay rent, which is broken down into two monthly payments. There are no upfront costs that would typically add up if a stylist opened a traditional salon of their own. To further support the growth of their leasees, Image Studios 360 Philadelphia owner Robert J. Keyes and chief operating officer Sue Jacquette will provide startup funding, business mentorship, and professional development for all stylists who rent space in any of their four suburban locations.

While Image Studios 360’s mission is to help stylists transition into owning and running their own salons, the business model also benefits clients. The two biggest advantages? Pricing and flexibility. “Because stylists can lower pricing [for services] in their own spaces, consumers save and stylists still make a large profit since there is no salon owner receiving a portion of their income,” says Lynsie Solomon, who is managing public relations for Image Studios 360 Philadelphia. As for flexibility, stylists will have access to their space 24/7, making it easier to take clients during atypical salon hours, like early weekday mornings or late Sunday evenings. This means that haircut you can only squeeze in at 7 a.m. before work is now a viable option.

The four Philly-area studios are scheduled to open at the following locations and times:

A Center City studio is also currently in the works for Spring 2020.