Stephen Ross, the chairman of SoulCycle’s parent company, is hosting an event for Trump at his Southampton home. 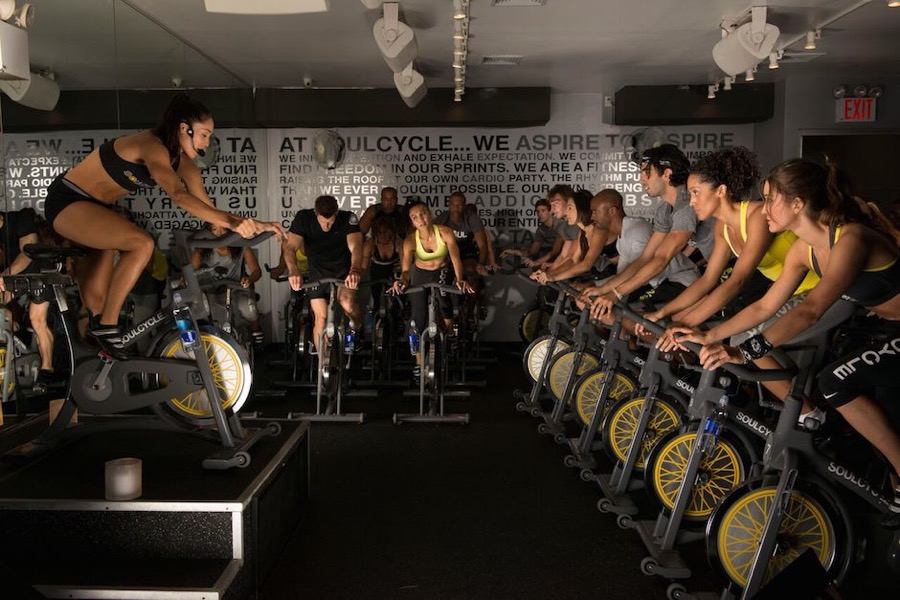 When the Washington Post reported on Tuesday that Stephen Ross — owner of the Miami Dolphins and chairman and founder of Related Companies — was holding a fundraiser for Donald Trump at his home in Southampton, the backlash was fast and fierce.

Related Companies is the parent company of Equinox, which includes the subsidiaries SoulCycle and Blink Fitness. Fans of these fitness chains were not pleased, to say the least, to hear the news that the owner was supporting Trump. In the age of cancel culture, some were quick to call for a boycott.

the gym is my personal hell but if you’re a member of Equinox perhaps it is time to say peace(out)-inox ayyyyy I’m still sick yes but fuck equinox https://t.co/SJBsBNXT8Q

Just contacted @Equinox to cancel my membership after many years. Money talks, especially with these monsters. If it’s too inconvenient for u to trade one LUXURY GYM for another, then you should be ashamed. (No disrespect to the many wonderful employees at my local Equinox). Bye!

Both SoulCycle and Equinox released statements to distance themselves from the billionaire Trump supporter, referring to him as “a passive investor.” Ross also released his own statement, calling himself an “outspoken champion of racial equality, inclusion, diversity, public education and environmental sustainability.”

A note from our CEO.

But while SoulCycle’s response wasn’t very satisfactory to many — perhaps because at the end of the day, money speaks louder than words — some local SoulCycle instructors are showing their support for their workplace.

Popular senior instructor Ryan Lewis wrote on Instagram that while he’s seen the cycling chain undergo many changes over his four years of working for the brand (“I have agreed with some of the changes, and some have taken some time to understand”), the environment the riders and instructors create in the studio has remained the same.

“Throughout it all, however, I have always said, ‘What has never changed — and I believe will never change — is what happens when the studio doors close and the music plays.’ Today is no different,” he shared. “All of us, whether a rider or an employee, make @soulcycle what it is: A safe space for support, inclusion, and love.”

Philly instructor Bryant Reams wrote to his followers via Instagram Stories that it’s not fair to blame the whole group for one person’s choices.

“SoulCycle is a place of tolerance and inclusion and I promise you no one supports the crazy things that are going on in our world right now,” he wrote. “I can promise you as a black male who grew up in Memphis, TN and whose family has close ties to the Civil Rights Movement, I would never stand toe to toe with a company or group of people that didn’t support me for who I am.”

Reams also reminded his followers that boycotting the studios would affect the livelihoods of the instructors. “For those of you deciding whether or not to participate in cancel culture please know this: you’re not hurting the man upstairs’ pockets … You are hurting all the instructors and managers/staff in the markets you love and support who are hurting with you.”

This statement was echoed by City Fitness instructor Jon Lyons, who, while not a SoulCycle instructor himself, empathized as someone working in the fitness industry. He wrote on his Instagram Stories that the instructors need to support themselves and their families, and being able to quit your job over an issue of principle is a privilege.

SoulCycle instructor Nick Turk, who acknowledged via email that “everyone has a right to boycott or not,” said that he still supports and believes in the SoulCycle he knows.

“For me SoulCycle is each and every class I teach,” he wrote in an email. “I am in the business of spreading good vibes only and therefore so is SoulCycle. At the end of the day SoulCycle is made up of the staff and instructors, not Stephen Ross.”