The event will feature vegan beer and food, yard games, and adoptable dogs. 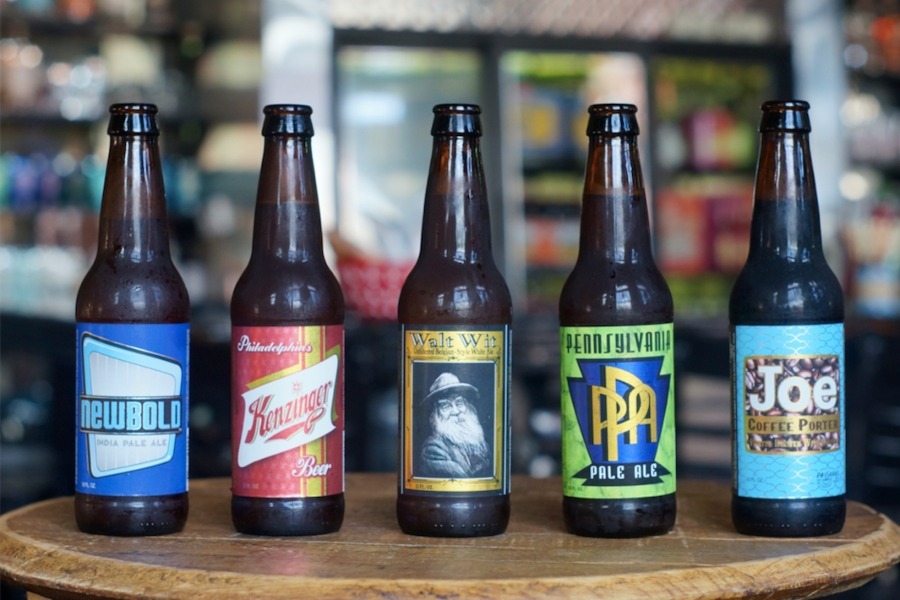 If you’re a beer-loving vegan, you might think that your beloved brews align with your lifestyle. Major surprise: not all beer is vegan-friendly. Some breweries filter their beer with animal-based clarifying agents like gelatin, isinglass (which comes from fish), and egg whites. Basically, what you’re sipping might actually not be vegan approved. (If you’re stressing right now, this directory focuses on whether or not your beer of choice is vegan.)

To give you peace of mind plus all the fun, Philadelphia Brewing Company is throwing their first annual Vegan Beerfest this Saturday, July 20th. The festivities will feature pints of Philadelphia Brewing’s beer, which is 100-percent vegan. Local vendors, including Jen Zavala, Martha, Philadelphia Brews Creamery, Chocolates by Kevan, and Witching Hour Sauce, will be serving up vegan fare like yam and kale tamales, carrot and eggplant terrine, and ice cream made with beer and cider.

William Barton, co-founder of Philadelphia Brewing Company, wanted to launch an all-vegan beer and food fest to meet the needs of the community. “More and more of our customers are identifying as vegan,” Barton says. Plus, Philadelphia Brewing Company does not use any animal-based ingredients in their brewing process. Most recently, the brewery tweaked the recipe for their Joe Coffee Porter, so now it’s also lactose-free and vegan-friendly.

The vegan-forward festival will take place on July 20th from 12 p.m. through 4 p.m. in Philadelphia Brewing’s tasting room, with options to sip and snack in either the outdoor beer garden or the indoor bar-room known as the Peacock Room. The event is pay-as-you-go, with no need to pre-register. There will also be lawn games (think corn hole and life-sized Jenga and Connect Four) and live music. As an added bonus, doggos from Morris Animal Refuge will be on site for you to play with and consider adopting.