Jennifer "Fear" Zavala lays it all out. Plus, she offers a perfectly rational explanation — two, really — for her new face tattoo. 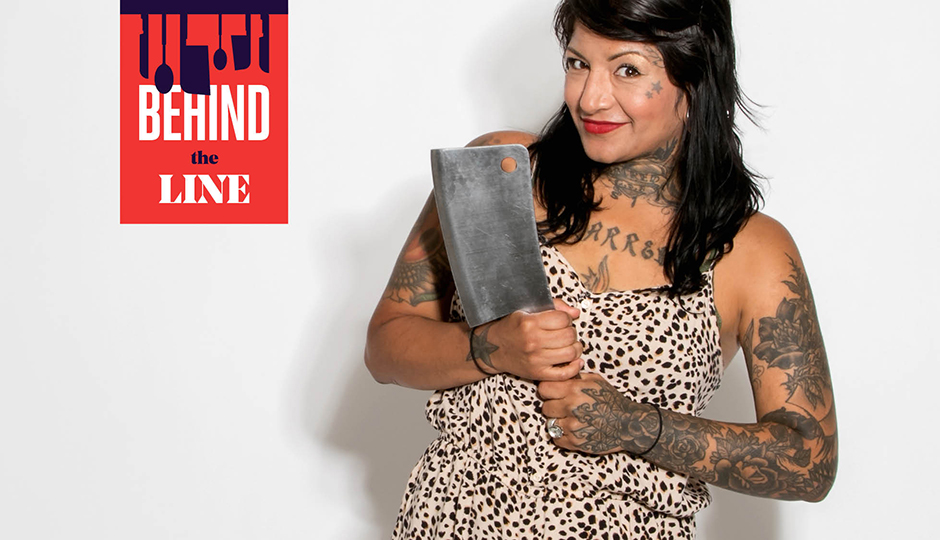 Behind the Line is Foobooz’s weekly interview series with the people who make up Philadelphia’s dynamic bar and restaurant scene. To read the previous Behind the Line, featuring Marc Vetri‘s thoughts on the soda tax and Olive Garden, click here.

South Philly’s Jennifer “Fear” Zavala hasn’t worked full-time in a kitchen in years, but she still manages to keep us interested and, well, entertained, whether she’s hunting down the perp who broke into her house and stole her son’s PlayStation, having the cops show up at her roving South Philly tamale truck, or getting paid to cook with cannabis. So we figured a conversation with her would be anything but boring.

My full name is… Jennifer “Fear” Zavala. My married name is actually Feher, but I go by Fear. People hear that and think I’m a super-intimidating person, which maybe I am.

I grew up in… Middletown, Connecticut. Then I lived in New York City and moved to Philly about ten years ago.

My people come from… the other side of the wall. Mexico. And I have some Italian in me, too, but Mexican is the majority of me.

I got my first kitchen job… when I 15. I was a server at a vegan macrobiotic place called It’s Only Natural. Their slogan: Friends don’t let friends eat meat.

My first one in Philly was… at Deuce, where El Camino is now.

Since then, I’ve worked at… El Camino, Xochitl, Amada, Silk City, Farmer’s Cabinet. And from then on, I’ve been doing my own thing. Staffing and consulting restaurants. And I do some catering, but only on special, weird occasions. It has to be an absurd event or a weird wedding, or I won’t do it.

Cooking with cannabis is… healing. And illegal. Anyone who wants some tips can give me a call.

The best part of living in South Philly is… my block. It’s so tight, and I love that. Especially when my house got robbed. I love how tight it is.

The worst part of living in South Philly is… my block. People have been here for over 60 years. There are lots of block politics.

My favorite spice to cook with is… fennel seed. I love it. It brings out proteins.

The secret to making great tamales is… fat. You need a lot of it, and you need a good one, like pork fat, duck fat, beef fat. It’s the most important part of your masa, to make it moist and delicious.

I got my first tattoo… when I was 15, on my ankle. It’s an Irish knot. I always knew at some point I would be fully covered, so I started small and worked my way up. My most recent tattoo was three months ago. An upside-down cross on my face. I went to Catholic school. This is my rebellion. And I want to make absolutely sure I never get a cubicle job.

You should really try the pizza at… La Rosa. Pepperoni. All day. Every day.

My husband is always telling me… to go for it.

One Philly restaurateur I really respect is… Chris Kearse of Will BYOB. He is literally the representation of what kitchen culture used to be. He is willing to do anything and achieve his goals at whatever cost. Did you know that he can’t taste? He’s like the Beethoven of the culinary world. He can’t taste most foods, but he does the most amazing things with them. Figure that out. He could show some people a few things about work ethic.

If you’re taking me out to dinner, let’s go to… La Prima on 9th Street for tacos. You would walk by not knowing what it is.

When I’m craving a cheesesteak, I go to… Oregon Steaks at 10th and Oregon. Holy. Shit. And they’re open 24 hours.

One mistake most home chefs make is… that they use the wrong pans. Food tastes different depending on what pan you use. Don’t use cheap pans. I only use cast iron pans for my proteins. Every protein has a pan. Veg has a pan. Sauce has a pan. 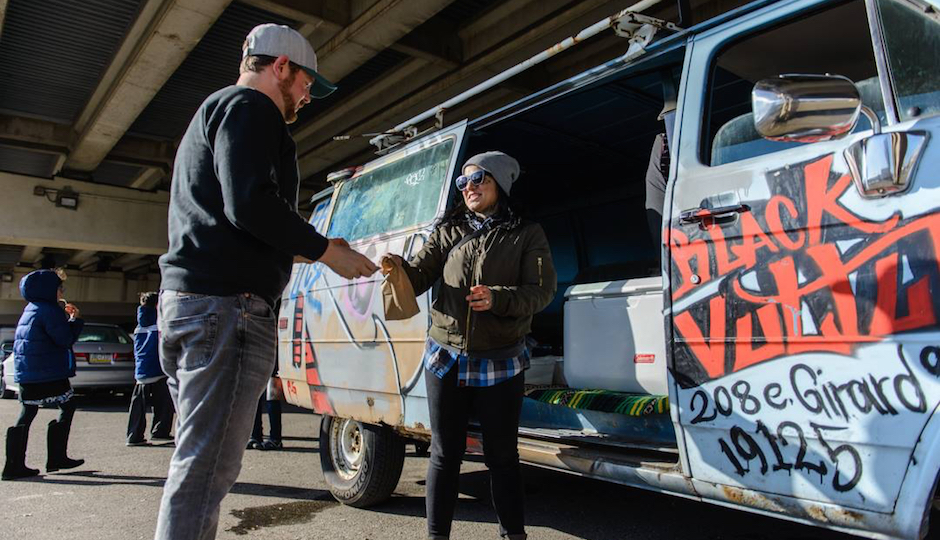 If you want to find my South Philly tamale truck… follow me on social media. I’m doing it about twice a month now, and I post on social media where I am and then it travels by word-of-mouth. It’s very punk rock.

On Sundays, I usually cook… on the grill. I don’t like to cook inside. I love my charcoal grill and my smoker. I use them year-round.

Ten years from now, I hope to be… unreachable. My husband and I are going to try to live on a farm. That’s our long-term goal. Leave here and be farmers.

One restaurant you should really know about but don’t is… How-U-Doin’ Deli. This woman Josie has been making the best meatballs and gravy forever. She makes everything everyday. She’s been doing it for like 60 years. It’s the shit. It would easily stand up to Marc Vetri’s. Or Sal Vetri’s.

One completely overrated restaurant is… anything from Stephen Starr. It’s never been my thing. I like smaller, independent stuff. His stuff feels too corporate to me. They fall short with the passion.

My favorite fast food is… Krispy Krunchy Chicken. That’s the one in the gas stations. And have you had the fried chicken at Royal Farms yet on the north end of Aramingo Avenue? It’s seriously, seriously so fucking good. But I can’t go that far for fried chicken usually, so I’ll go with Krispy Krunchy.

One kitchen tool I can’t live without… is my tweezers. You can pick stuff up, poke your proteins, garnish your plates.

My son always wants me to make him… Cuban sandwiches.

My husband always wants me to make him… money.

If we’re going to get drunk, let’s go to… Oscar’s for whiskey-gingers. I was just there last night.

My feeling about TV food shows is that… I hate all of them except Two Fat Ladies. They would eat, like, a uterus. And anything with Jacques Pépin. I love watching him break down chickens.

For dessert, let’s have… Boston creme donuts and eclairs. Basically anything cream-filled.

One restaurant trend I wish we could get over is… watermelon radish. I hate it. People put it on plates and they think they’re like James Beard nominees or something.