We've got details on the next of these curated grocery stores, which is slated to launch in August in University City. 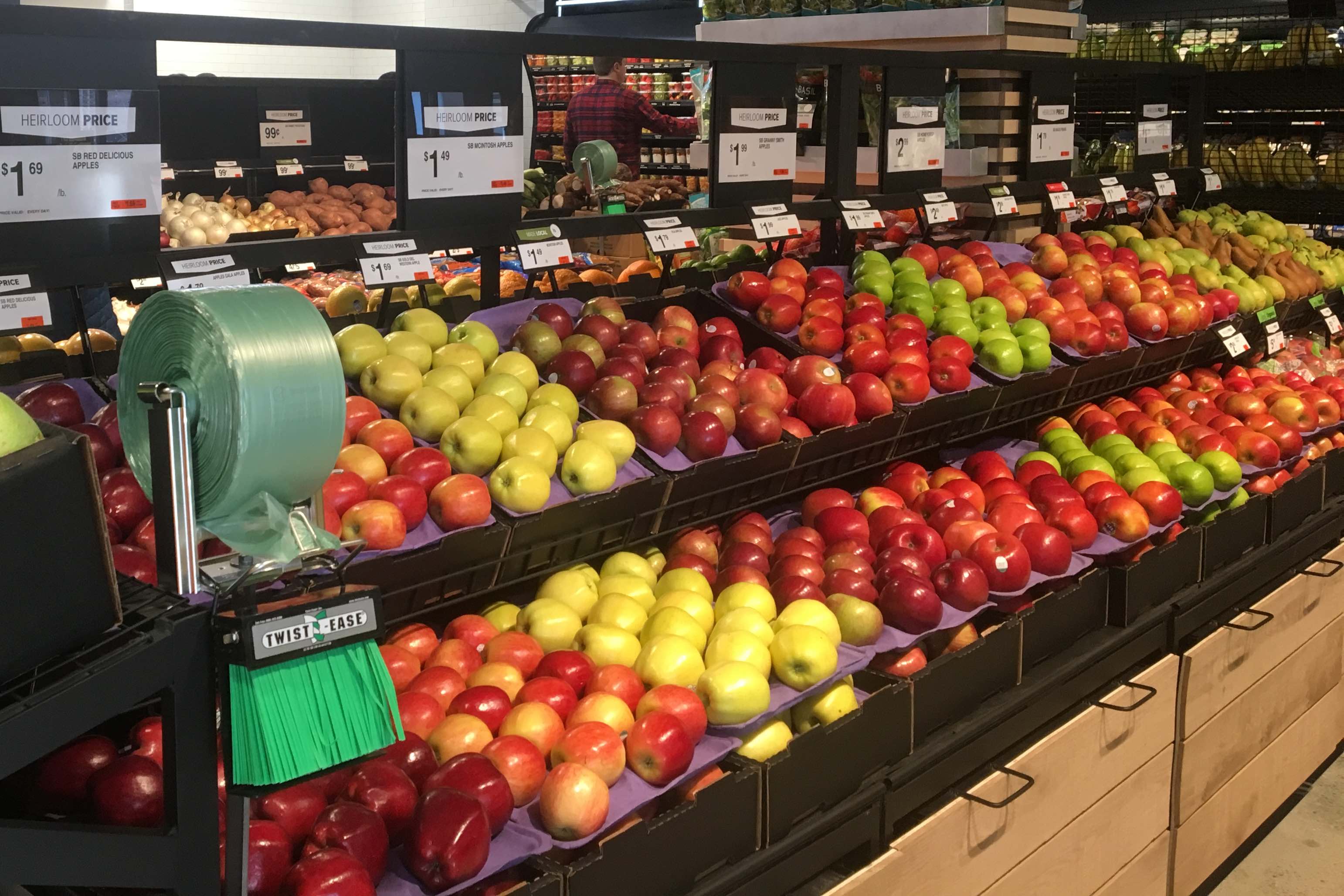 When Giant Food Stores opened its first Giant Heirloom Market, in Graduate Hospital in January, the launch was big news. Although the grocery store chain boasted quite a few locations in the Philly suburbs, it hadn’t had much of a presence in the city proper — only one store, in Northeast Philadelphia.

And Giant Heirloom isn’t just another Giant. It’s more upscale than its discount cousin (although our grocery store comparison story showed that it’s actually cheaper than its natural foods competitors), with features that appeal to a more hipster crowd, like kombucha on tap and a “plant-based” section that aggregated all the vegan options. It stocks foodstuffs from local purveyors, such as Claudio Specialty Foods, which makes its home in the Italian Market. It has a smaller but more curated selection that plays directly into the neighborhood’s needs; staffers had conducted focus groups before the location ever opened to find the pulse of the area — and determine exactly what its residents wanted out of a gourmet grocery store.

All of these features make us thrilled that there will be three more Giant Heirlooms in Philly — and soon. The expansion will start with a 9,950-square-foot University City location, slated to open at 3401 Chestnut Street in August. Another store will open in Northern Liberties in the fall, with the last launching in Queen Village by the end of the year.

Giant’s parent company, Ahold Delhaize, had inherited these sites after another one of its chains, Bfresh, started to see a slowdown in business and decided not to open four planned Philly stores. In early 2018, there was a change of leadership at Giant, and the new president, Nick Bertram, decided he wanted to take over these locations. That’s when he brought on Paul Madarieta, who had two decades of experience at Trader Joe’s, as director of growth initiatives to figure out exactly what to do with them.

Madarieta says each of the four stores will have a slightly different vibe that reflects the makeup and needs of the neighborhood. Whereas Graduate Hospital feels more family-oriented, for instance, the pace is faster in University City, thanks to the students at both Drexel University and University of Pennsylvania and the medical personnel at their respective hospitals. “If you stand on 34th Street and look in either direction, you see this horde of people coming at you,” Madarieta says. “They’re getting off the metro station, going to school, coming back to school, going to hospitals where they work. It’s a massive amount of people, and it starts as early as 5:45 a.m., when you see doctors and nurses coming up the street.” 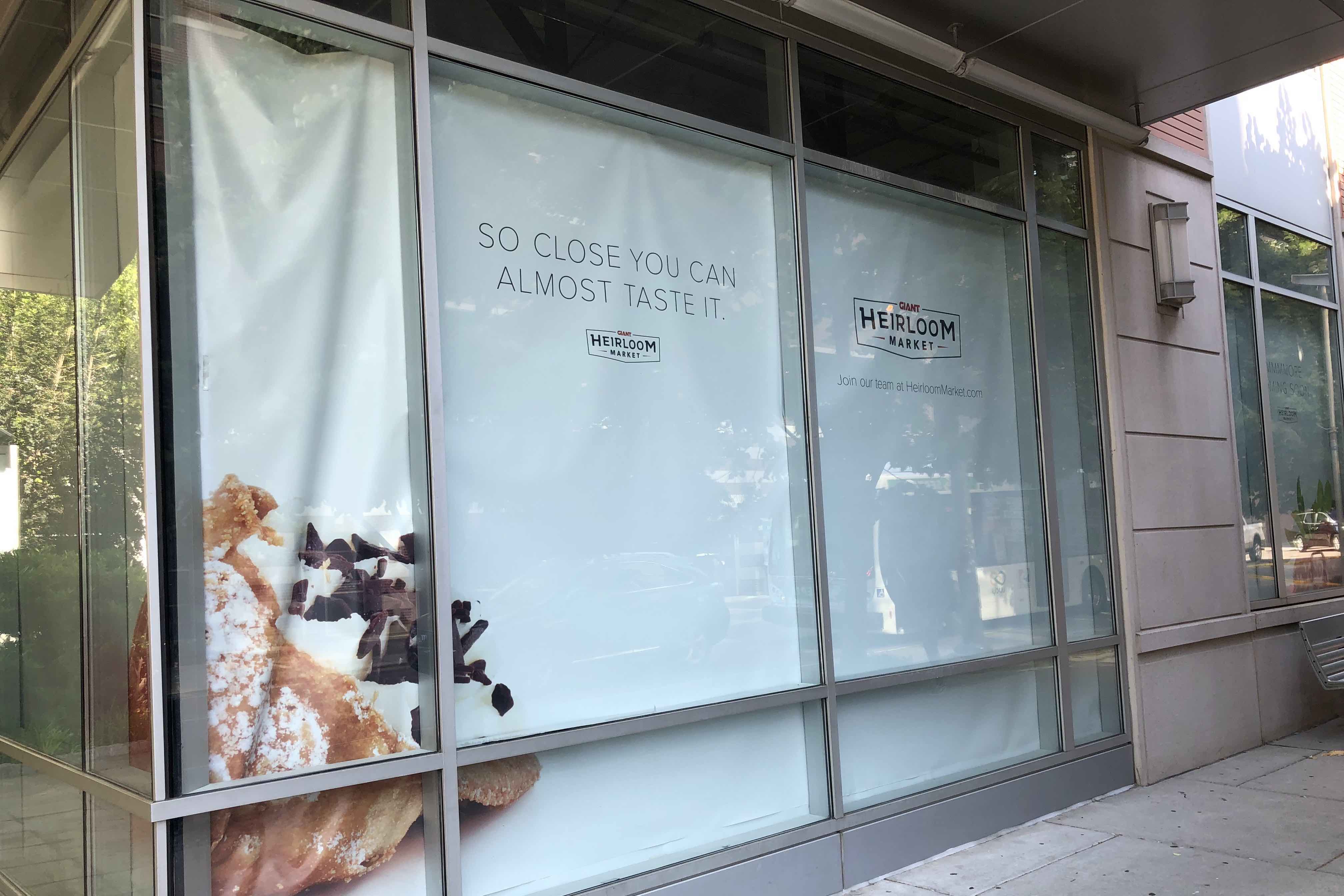 As a result, there will be more prepared, grab-and-go options at the University City location. And, because of the proximity to several colleges, Madarieta says the store will “probably lean into beer a little more than we did over at Graduate Hospital.”

Some elements from the original store will show up in the second, including the One Village Coffee grind-your-own-beans station, the olive-oil- and balsamic-vinegar-blending station, the café, and the deli with an emphasis on samples. Other items that have been huge hits in Graduate Hospital will get more shelf space at University City. To wit: The on-tap kombucha, the gourmet cheeses, the Claudio’s products, and the sushi selection will all get more premium billing.

There are some aspects of the concept that Madarieta and his team are still trying to figure out. Pet food, for example, hasn’t done very well at the Giant Heirloom in Graduate Hospital. Neither have the meat products, although business is picking up a bit now that grilling season is setting in. How the crew deals with those products at University City and the other locations will likely evolve.

But that’s very much the point, Madarieta says. These Giant Heirlooms essentially act as laboratories where the brand can experiment to see what their customers want in different locations — and translate those lessons to the larger Giant brand. “Ultimately, some of the stuff that we’re playing with here, whether it’s with the model itself or the product range, what we’re doing with kombucha on tap or sandwiches behind glass, if they take off, then I can apply that to 50 stores that are surrounding an urban environment,” he says. “Not everything we touch is going to be exactly as planned or perfect. There are a lot of opportunities for learning.”