By I'm a scraper
Drink


You Can Now Buy This Low-Calorie IPA in Pennsylvania

Dogfish Head's Slightly Mighty boasts less than 100 calories, thanks to an unexpected ingredient. 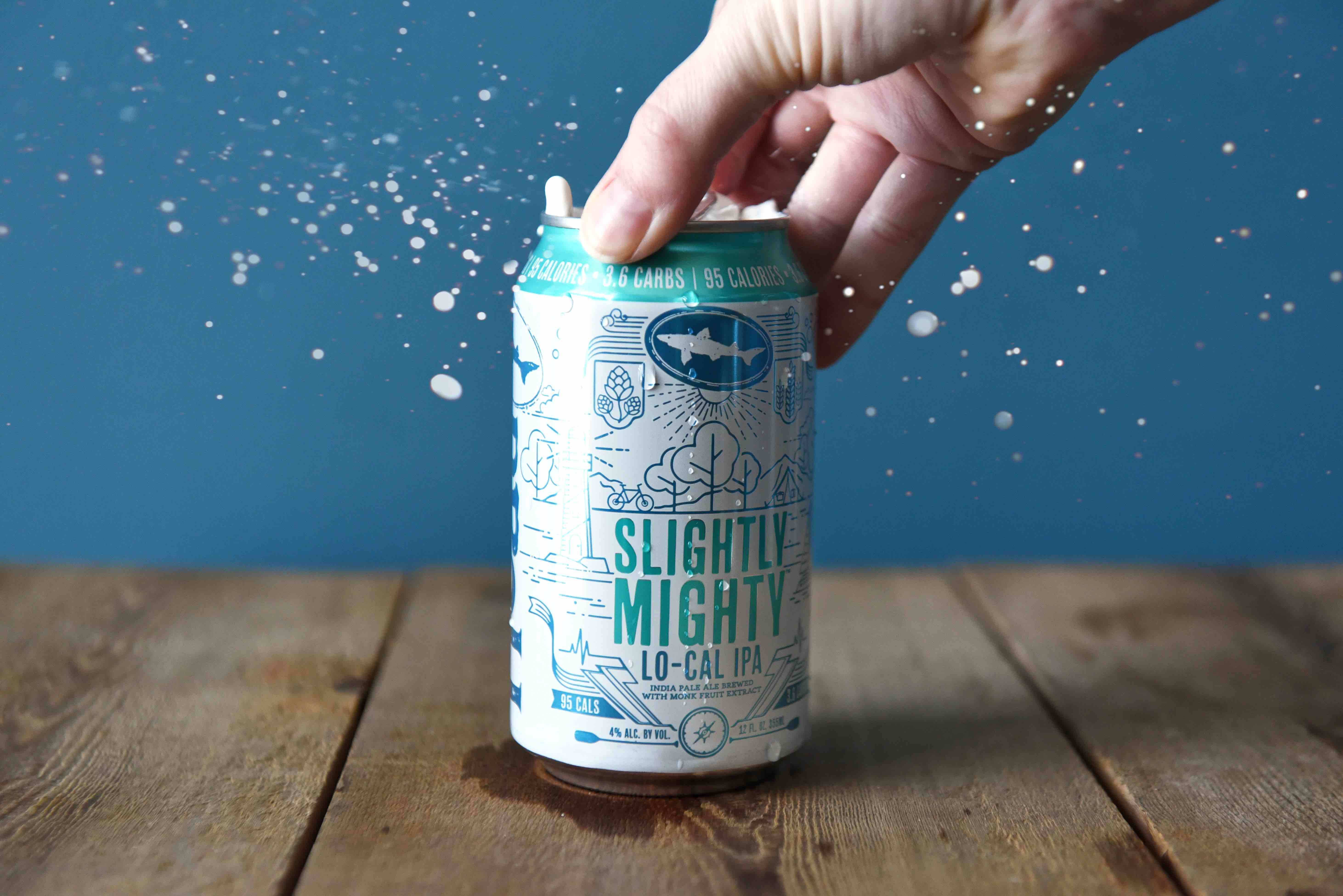 You know the party game Never Have I Ever? For those who didn’t attend a boozy, four-year college, it’s where you share activities you’ve never done before, hoping to induce others who partook in a more sordid life than you to lift a finger, indicating they had indeed done this thing. If you’re the first to raise three fingers, you lose.

My go-to thing-I’d-never-done, at least for the first round, was that I didn’t drink in high school. This wasn’t necessarily shocking (I was the girl who, senior year, spent my Sundays in a calculus study group), but it certainly wasn’t a common way of life for kids my age.

Now, though, more and more young people are drinking, if not nothing, certainly less. In 1980, the average person consumed 10.34 liters of alcohol; in 2017, that number was 8.65 liters. And when we imbibe, many of us are becoming more conscious of how much and what we’re putting in our bodies. The amount of beer we’re drinking, for instance, has rapidly declined over the past few years, leaving breweries across the country scrambling to figure out alternate options.

Some brewers, including juggernauts such as Heineken, have launched non-alcoholic options or have plans to go that route. Others, like Lagunitas, have chosen to experiment with low-calorie beers, tapping into a population that’s interested in an active, wellness-filled lifestyle but isn’t quite ready to go booze-free. These low-cal beers are essentially the same as “light” beers, but that moniker has generally been reserved for products coming out of non-craft brewers.

Now, though, craft company Dogfish Head is bursting onto the low-cal/light scene with Slightly Mighty, an IPA that clocks in at 95 calories and 3.6 grams of carbohydrates. (Typically, a beer includes seven to 14 grams of carbs, while the calorie range can vary widely.) “This beer hits this real sweet spot between an IPA, which is the fastest growing beer style in America,” says Sam Calagione, the founder of Dogfish Head, “and a low-cal lifestyle proposition that is appealing to a number of beer drinkers.”

That goes beyond the 20- and 30-somethings who are driving the drink-less, healthy lifestyle movement. Calagione says Dogfish Head partly looked into a low-cal IPA because: “A lot of us at the company are getting to middle age and our metabolism’s slowing down.”

The key ingredient in Slightly Mighty that Dogfish Head hopes will entice everyone? Monk fruit, a natural sweetener that’s been used in Chinese and Thai culture for centuries.

Calagione shared that Dogfish Head had already produced a beer with less than 100 calories sans monk fruit, but the taste was seriously lacking. “We smoked barley over sustainably harvested Canadian cedar wood, thinking that it would give it some body and character,” he says. “But it ended up tasting like licking a hockey stick.” The brewery founder was then grocery shopping with his wife in Maine and had an aha moment when he spotted monk fruit — an ingredient Dogfish Head had previously tested for another beer — next to sugar and stevia in the baking aisle.

The tropical-tasting fruit allows Dogfish Head to cut down on the malt, which is usually necessary to balance the hoppiness of IPAs but can provide extra sugars that don’t break down during fermentation, adding carbohydrates to the beer. “I won’t name names, but there are industrial light lagers that are about the same calories and carbs as Slightly Mighty, but they’re watery and thin,” Calagione says. “The monk fruit fools your palate into thinking this beer has a lot more body.”

It took Dogfish Head’s brewmasters, biologists, and chemists about five batches and six months of research and development to come up with a balanced brew that still provides intrigue for your taste buds. So far, a variety of media outlets think that time paid off, with everyone from Runner’s World to Thrillist praising Slightly Mighty. “We’ve never had a beer in our history, where we announced it, put a volume we thought we could sell into our budget, and then had the orders come back at three times what we budgeted,” Calagione says. “We were expecting 75,000 cases of beer, and orders are coming in at a quarter million.”

Slightly Mighty started shipping to Pennsylvania distributors and liquor stores on April. Find it near you by heading to Dogfish Head’s “Fish Finder,” selecting Slightly Mighty, and typing in your zip code.