They're the brainchild of Rob Li, an acro yoga instructor who launched the Active Elixir clothing line to resolve all your activewear woes. 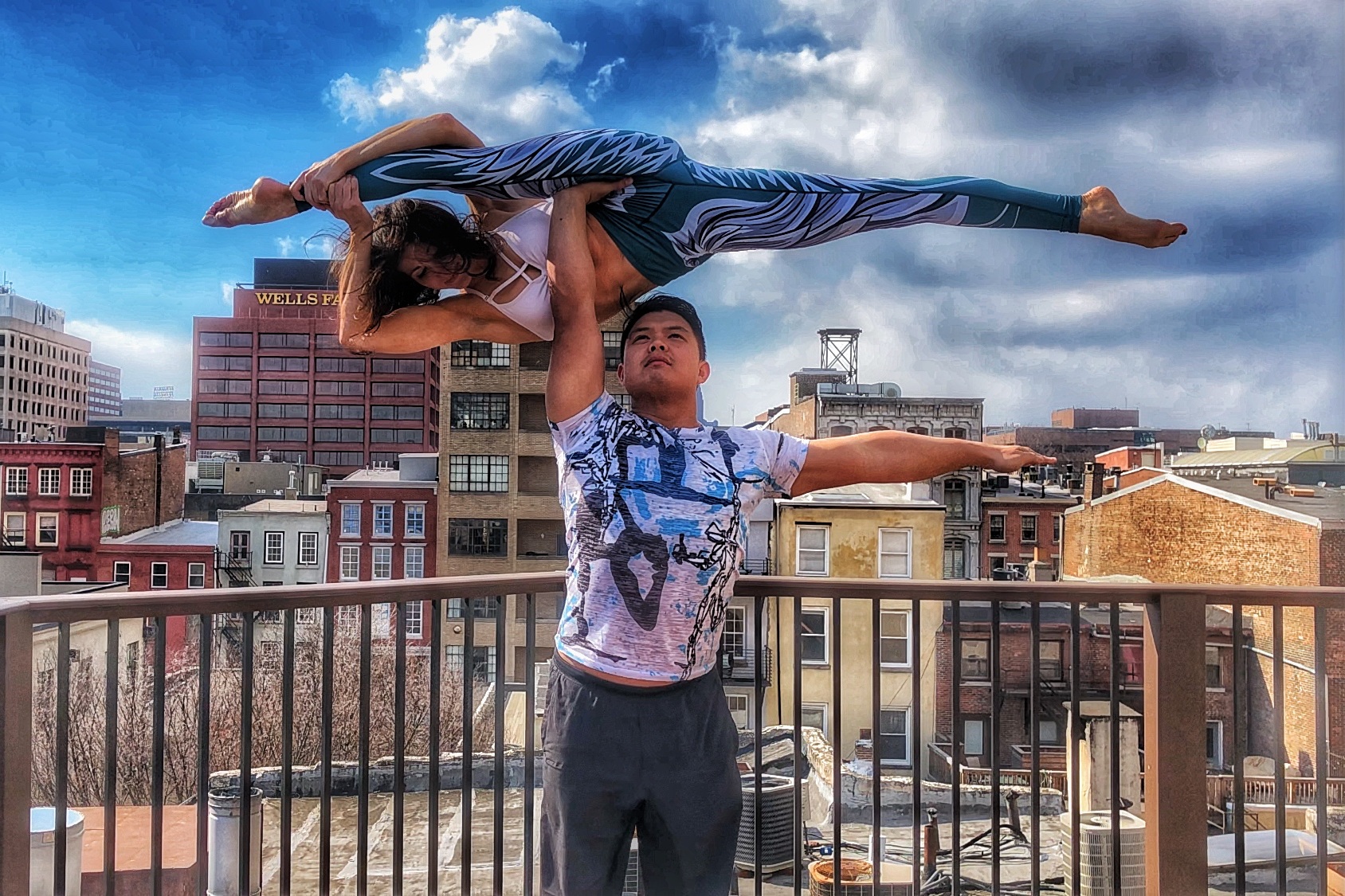 We’re going to venture a guess here: For every pair of workout leggings you can’t stop wearing, you probably own at least three more that are just OK. Maybe one set was your favorite when you bought them, but they stretched over time. Another might have pilled from regular washings or you realized they fall down when you do a lot of mountain climbers. Or perhaps you really just wish they had pockets. (Because pockets are LIFE-GIVING.)

Enter Rob Li, who wants to expand your workout wardrobe. Today the local acro yoga star, who’s well-known for his campaign to lift 10,000 people in the air over the course of five years, publicly launched his own clothing line, Active Elixir. (He’s been selling pieces to family and friends straight out of his trademark backpack already.) It’s intended to fix the problems that folks in different exercise disciplines have had with activewear, starting with Li’s own community of acro yogis and the adjacent circle of pole dancers. “With acro, I know what problems people have,” Li says. “So I figured I could create a solution or at least work with someone to figure it out.”

Some of these issues were relatively easy to address. It’s not that difficult, for instance, to design leggings with pockets or to lengthen a top so it’s not midriff-baring. Even finding a fabric that provided enough stretch for acrobats wasn’t that tough when Li pressed his manufacturing partners, which are spread out from Philly to Asia. (He personally tested this at a San Diego acro festival, during a competition where he and his 100ish-pound partner had to swap clothes while doing yoga — and her leggings weren’t stretched out after he’d worn them.) 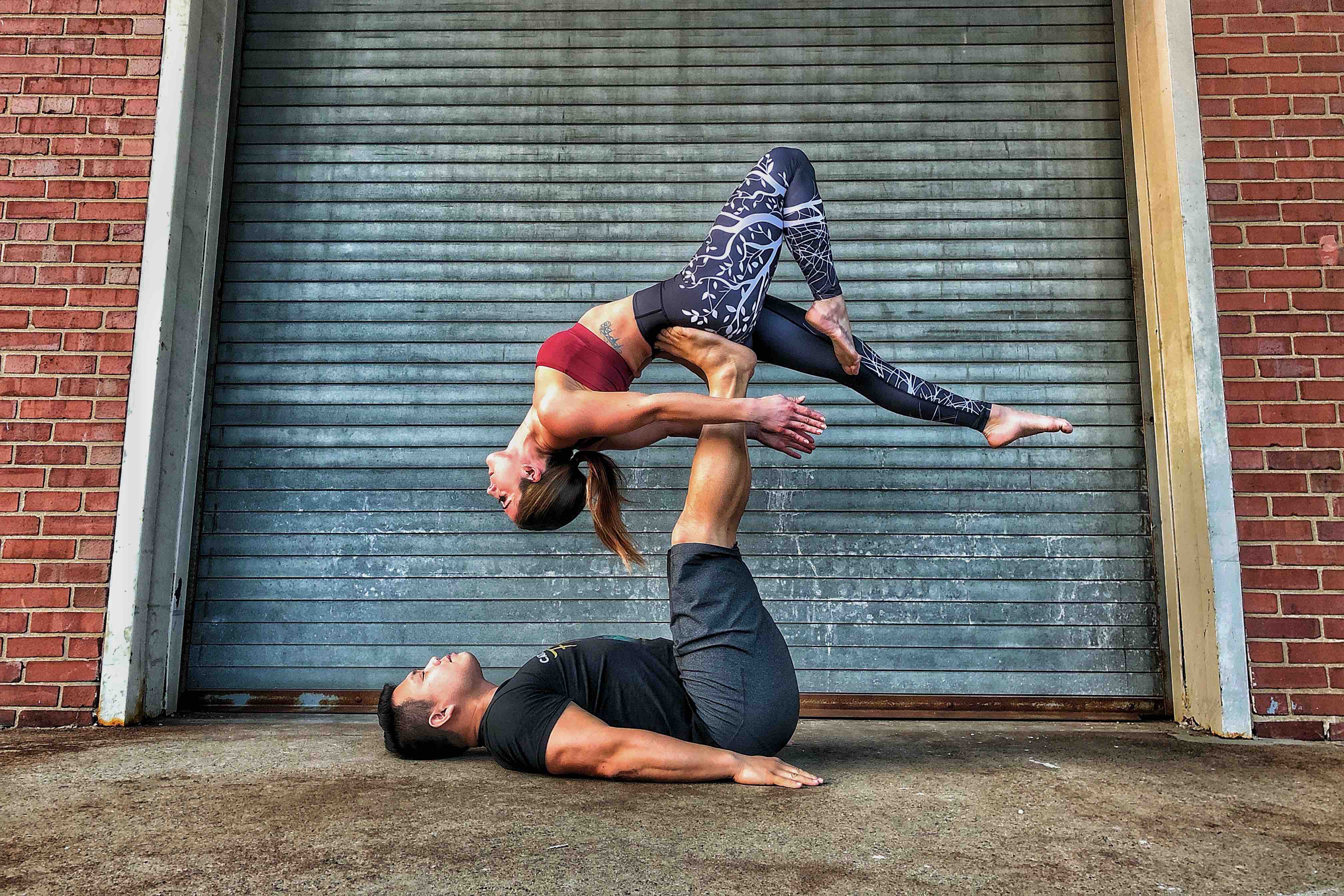 Other problems took a bit more time to figure out. “When I learned about bras and boobs…” Li says, “Oh my god, I don’t know how you guys deal with it.” At first, he made the straps for a sports bra too thick. Then there was “overboobage.” Eventually, his combination of a stretchy fabric blend and a band around the bottom to provide support produced what he now calls his “magic bra,” which he says can fit several different cup sizes.

Li has also produced booty shorts with a V-cut waistline to guard against muffin tops and an asymmetrical bra that allows pole dancers to leave one shoulder bare; because fabric can be slippery, it’s better for them to have direct skin contact with the pole. He’ll have more pieces coming out for pole dancers within the year and is in talks with belly dancers. “For my belly dancer friends, their glittery clothing isn’t usually comfortable,” Li says. “Or it’s way overpriced or only available in set sizes.”

Right now, Li’s got six athleisure pieces, from leggings to sports bras to booty shorts, for sale as well as several loose-fitting tanks and T-shirts with fun slogans (think: “Handstands Make Me Happy”) that he partnered with Philly artist and clothing designer Gozde Yilmaz to create. (Our favorite are the reversible leggings — Eagles green on one side, a winged print on the other — that Li has started referring to as “the Philly Special.”) Fake leather leggings in two different colors and a matching sports bra à la Carbon 38 should debut by the end of April; we got a sneak peek, and the day-to-night moto vibe is on point. 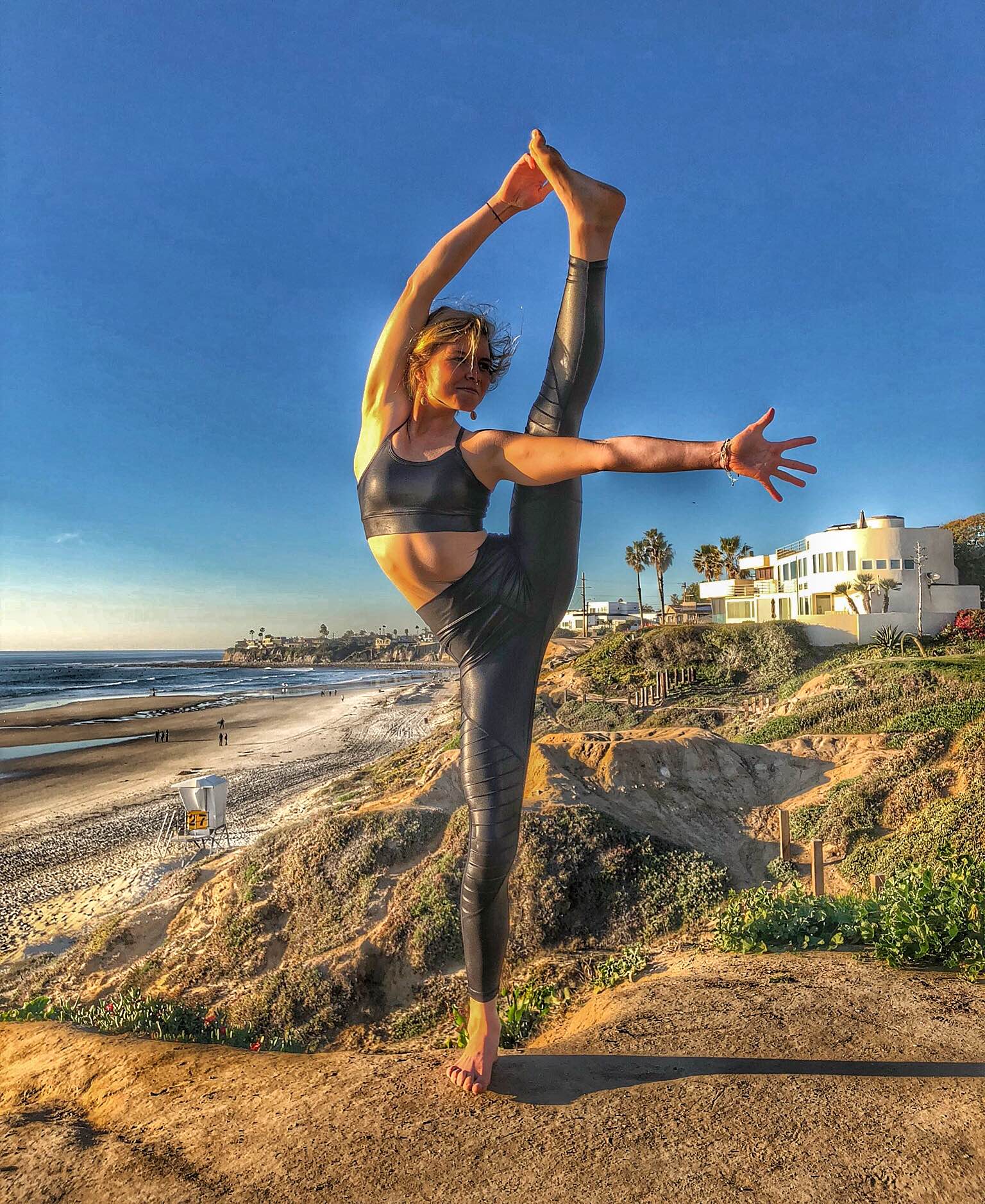 Prices range from $25 for pieces in the artist line to $118 for the leggings, although the moto ones will cost more. But there are some rewards for reading to the end of this story: You can use the discount code “Phillymag20” for $20 off a pair of leggings. Currently, the best way to buy the Active Elixir products is through the website, but Li expects to also sell his wares at fitness studios where he puts on acro workshops, such as the Bar Method, in the future.

He hopes the fact that he’s already a part of the local fitness community — and has fostered recognition as “the guy who lifts everyone” — will boost sales, especially since he’s been living off his savings for the past 16 months. “I’ve talked to designers and pattern makers, and they design something and then can’t sell it,” Li says. “But they’ve told me I already created a brand. Bachelorette parties have literally messaged me and asked me to lift them. So it felt like now was the right time to try something new.”