Center City Is Getting an Indoor Pool With Lap-Swimming Memberships

Fitness Alive is opening a second location in the heart of downtown, complete with lap-swimming memberships and adult fitness classes. 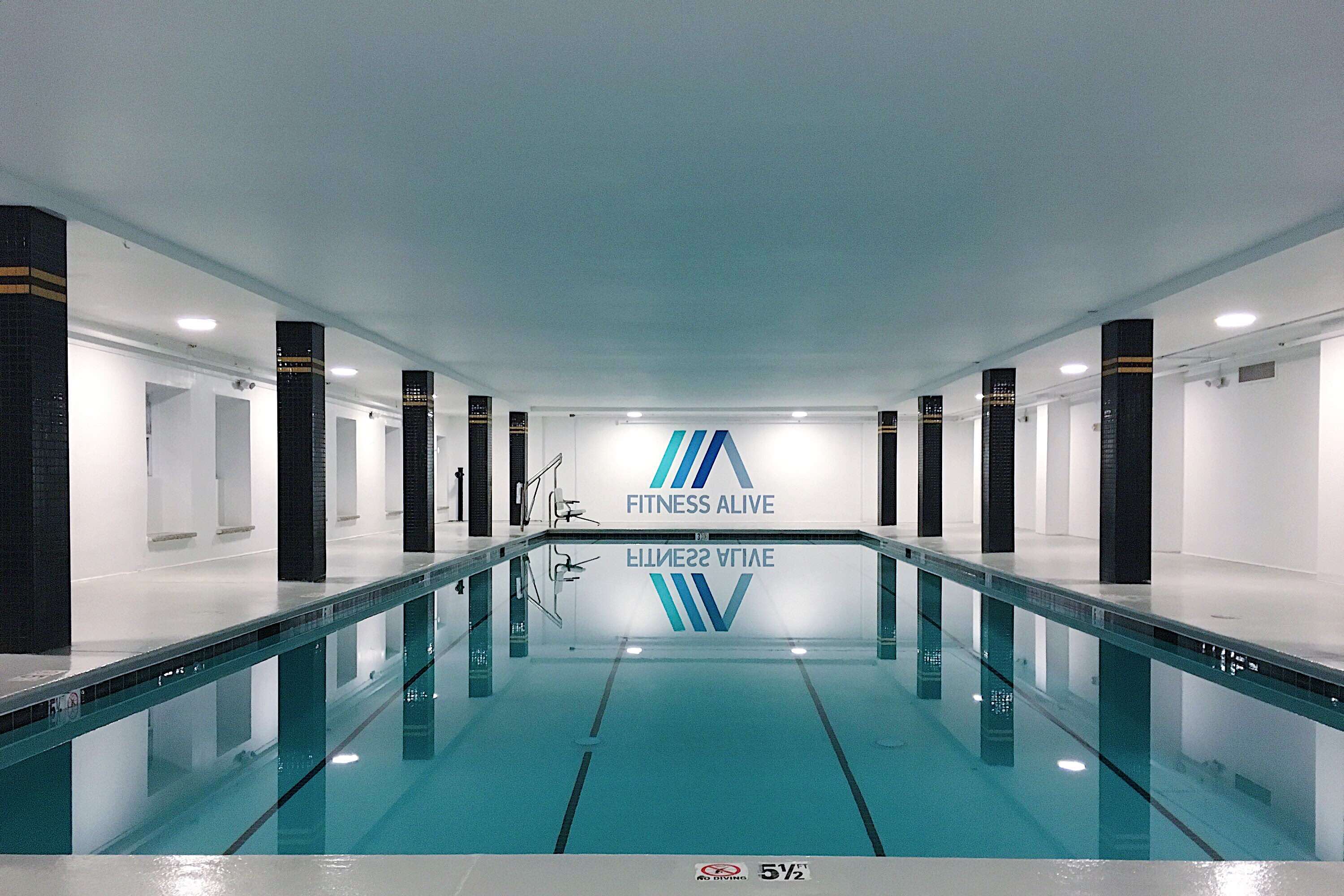 When I signed up for the Nike Women’s Half-Marathon while I was in college, I was a bit terrified. I’d been an amateur, three- to- five-mile runner in the past, and putting in more than 10 miles in one run was intimidating to say the least. Plus, I wasn’t sure if I’d have enough time to train consistently; my body goes all Princess and the Pea and frequently gives me cramps if I run after I eat, and I’m a clinically diagnosed night owl so getting up early was a no-go. (Yes, I’m the worst, I know.)

Swimming was what saved me. I enrolled in a pass/fail swimming for fitness class that met, blessedly, at 9:30 a.m. twice a week and forced me to get my cross-training workout in. We did drills and laps and practiced breathing in strange ways that my runner-first body will never fully understand. But it made me realize that swimming is no joke. During spring break that year, when classes paused for a week, I did my typical thrice-a-week runs but felt noticeably weaker, as if I’d lost a superpower that only lots of freestyle could impart.

All of that goes to say that swimming is a vastly underrated workout. Part of that is because it’s relatively inaccessible during the winter. Space is already at a premium for Philly gyms, so it’s not like they boast a lot of indoor swimming pools. That’s why Fitness Alive, a swim academy and personal training gym, is such a good, rare option for pool junkies and those looking to beef up their cross-training. But it’s so popular that its waitlist is always full. And alas, its South Philly location at Fitness Works features mainly lessons — no open swim or fitness classes.

Soon, though, Fitness Alive will try to address that problem with its new Center City outpost. The venue, at 1425 Arch Street, will offer the same kids’ classes, including Baby Bubbles and Toddler Bubbles, both of which bring the parents into the water with their children. But it’ll also debut circuit training classes for adults and memberships for those who want to get their daily laps in at the beautiful, four-lane lap pool. (It’s very close to 25 yards, which is the standard length for an American pool that’s not involved in international competitions.) “This is the model and the dream that we have had from the beginning,” says Emily Leaman, co-founder and COO of Fitness Alive (and a former Be Well editor!). “We’ve been able to accomplish it in bits and pieces here and there. The last two summers, we’ve done an adult outdoor series at a pool in Northern Liberties, but we’ve never had a facility where we could do these sorts of things year-round. This really checks that box for us.”

Those lap-swimming memberships will allow folks to use the pool at designated, kid-free times. The exact schedule will shift as Fitness Alive determines when swimmers want to get their strokes in, but the facility will start with lap-swimming hours in the mornings, around lunchtime, and at night. The memberships will also include an unlimited number of group classes. That could make for an insane deal if you snag one of the first 75 memberships, which will go for $75 a month.

Those early-bird memberships will launch at the grand opening celebration on March 17th, and a free open swim will be held from 2 to 4 p.m. that day for lap swimmers to try out the pool before they buy. Once the 75 are gone — and we’ll betting they’ll go fast — the price will jump to $95 per month, with a limited number of memberships again available. (You can also pay $25 for a drop-in class or purchase a 10-class card for $200.)

The grand opening celebration will also feature free classes, with kids’ sessions and family swim on March 16th and adult classes on the 17th. “On the Top,” for instance, combines swimming and running in the water with bodyweight and plyo movements on deck, so you can get your cardio and strength training in one class. Registration opens for all of those free classes at 10 a.m. tomorrow (Friday, March 8th). Note that all other classes and the memberships won’t start at the new location until April 1st, so you’ll just have to satisfy yourself with on-land training until then.