His Wife Runs Barre Studios. He Has a Blog About How Much He Hates Barre.

"There are so many things I hate about barre. Let me tell you about one." 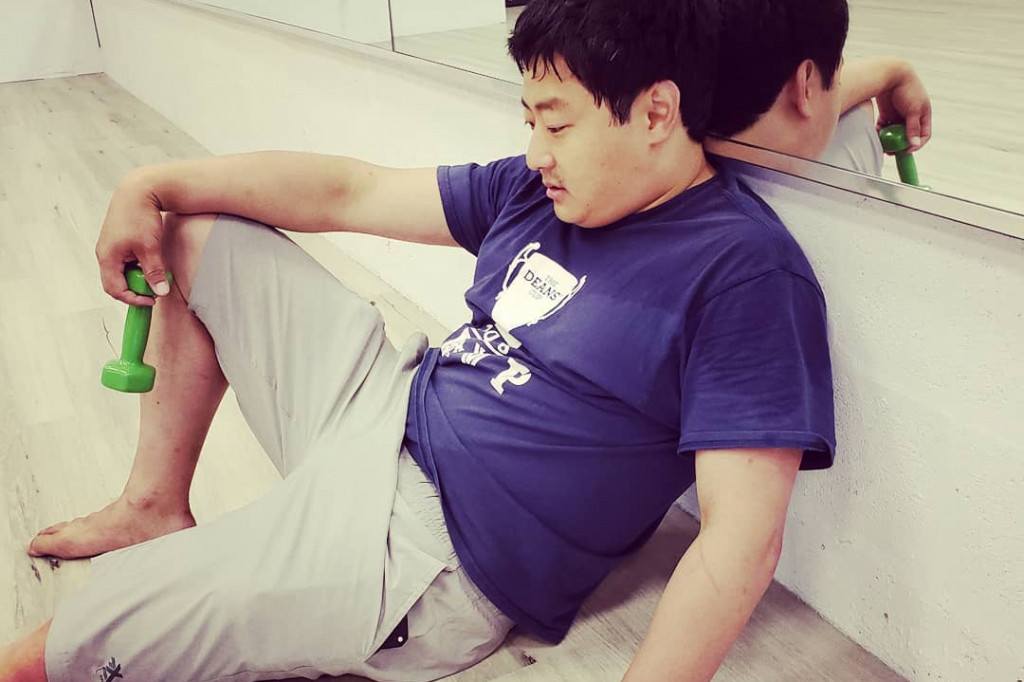 Not many men do barre, but no one does it quite like Hagana Kim. Photographs courtesy Hagana Kim.

There’s a part of me that thinks barre was actually designed for people who like pain. How else could you possibly justify doing tiny, barely-visible movements that involve all kinds of pelvic thrusting, that feel like you’ve actually been set on fire? I can’t explain it.

Neither, it turns out, can Hagana Kim. While he owns Tuck Barre & Yoga with his wife, Callie Kim, she runs the studios while he works a day job at Penn Law. Hagana chronicles his journey of being married to a barre instructor and taking her classes on his blog, The Barre Bro.

The pair met 11 years ago at a gym when Callie invited Hagana to attend her yoga classes. According to Callie, her future spouse attended her 6 a.m. classes consistently for two years. Once they started dating and got married, that put an end to his yoga practice.

“He tries to take my 6 a.m. Wednesday class now, and after five minutes, he covers up and sleeps,” says Callie. “Last week, we were all laughing at him because he was snoring.”

Seeking to get back into the fitness game, this summer Hagana decided to start The Barre Bro. It’s not his first dip into blogging either: He once wrote about eating at Olive Garden every day, for seven weeks straight, and was invited to talk about it on NPR. 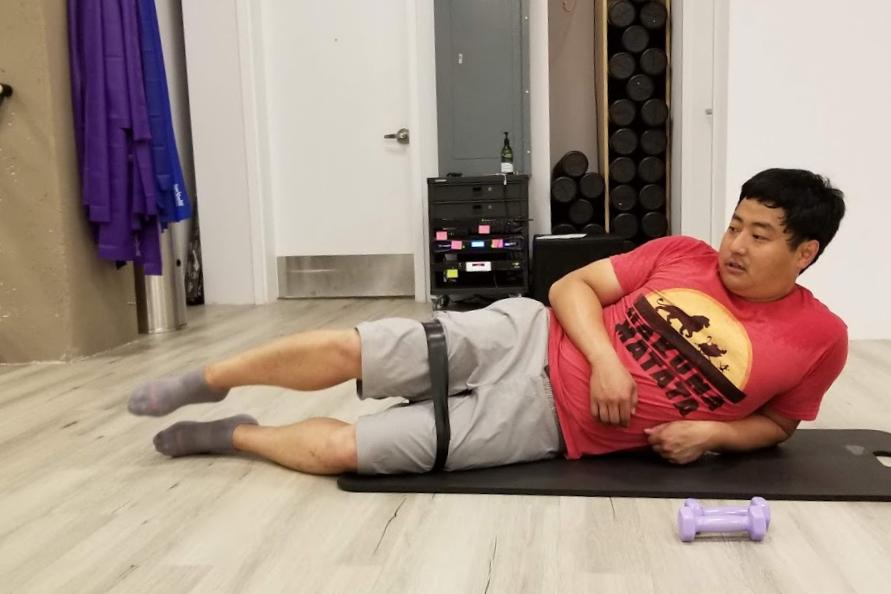 The Barre Bro was first brought to our attention by Callie, who informed us that Hagana had taken it upon himself to write his own version of a Be Well Philly Sweat Diaries feature. The spoof is hilarious and you should probably go read that now. A few highlights: pizza for breakfast, a “salad” that’s really a burger with lettuce and tomato, and an after-dinner “charcuterie/cheese board from Domino’s” that’s just another pizza.

But the real highlights of the blog are when Hagana describes going to barre classes. Which, by the way, he loathes. In one post, he writes, “There are so many things I hate about barre. Let me tell you about one,” then goes on to describe the very real phenomenon of when an instructor says there are only 10 more reps, only to get off on the counting, leading to extra exercises.

Or, there’s the part where he complains that “everything that comes out of [instructor Ann’s] mouth during barre class” is a lie. “Here are Ann’s top five lies from class today,” he lists. “1. You’ve got six more! 2. Last two! 3. Five more minutes then we’re done! 4. Other side and then we’re out! 5. It’ll be fun!”

Or, there’s the blog where he discusses the barre class aftermath — that kind of deep soreness that’s so universal throughout your muscular system that movement of any kind seems impossible. “My abs were so shot (we didn’t even do abs!) I couldn’t sit up, so I had to roll over and off the side of the bed to get up,” writes Hagana. “Then my glutes gave out. The underbutt was insanely sore. Why do people pay money to do this?”

Part of what makes the blog so great is it’s actually very relatable for any normal human who’s ever done barre. I mean, how many times have you almost died on your mat when “eight more!” turns into 16 or 20 more? Or known in your heart that the instructor’s chipper “almost done!” was just a straight-up lie? The Barre Bro taps into the very core of the workout’s love-to-hate nature, and it’s a fun read to boot.

But while most of the blog focuses in on the negative aspects of the workout, Hagana acknowledges that the workout is great for exercising around injuries, developing mental perseverance, and focusing on stability.

And what does Callie think of her husband playfully hating on her profession?

“When he said he wanted to start taking barre and blog about it, I was thrilled!” says Callie. “In barre class, he really tries and I am so proud. But then I see his blog posts … and laugh. Everything he writes is true!”