I ordered a box of organic fruits and veggies from Misfits Market last week and was more than a little surprised at what I found inside. 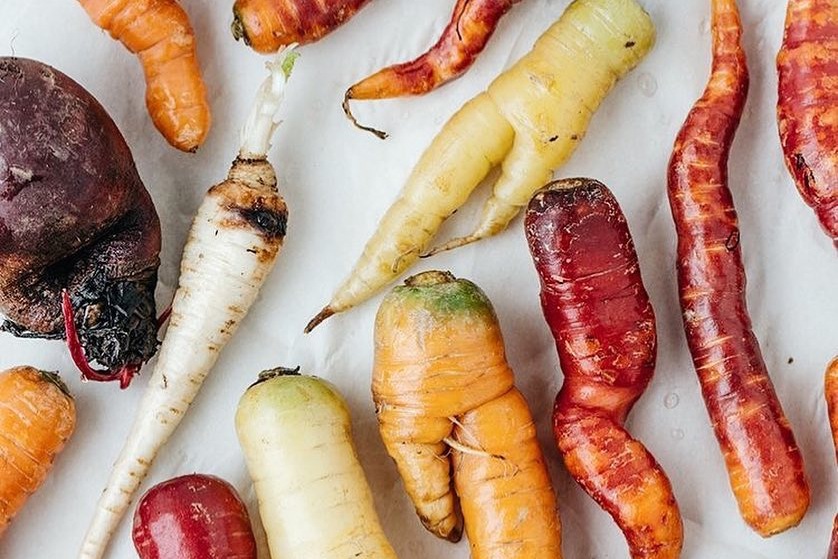 The other day, a knock came to the door, and I knew immediately what it was: My first delivery from Misfits Market, a new Philly startup that delivers rescued “ugly” produce to your door.

It is estimated that more than $1 trillion in food is wasted each year and that 50 percent of food in America is thrown away. Produce rots in warehouses. Farms have overruns and routinely just toss food away. Some food shows up at the supermarket but the supermarket casts it aside, because it doesn’t look “right.”

Enter Misfits Market. The Philly-based company quietly debuted over the summer. They now service all of Pennsylvania, New Jersey, and Delaware and just started delivering in New York and Connecticut.

The idea is simple. You go online, enter your address, and order a box of food.

The food is always organic unless otherwise noted and most of it comes from within 150 miles of Philadelphia, though the company notes that it does rescue some produce from outside of that area. You don’t know what you’re going to get in the box, which could be part of the fun of it for home chefs who cook on a whim, but if you’re just dying to make ginger carrot soup for dinner, you may be out of luck.

The Madness Box, which costs $42.50, consists of 22 to 26 pounds of fruits and vegetables that the company has rescued, while the $23.75 Mischief Box contains 13 to 16 pounds. Prices drop to $34 and $19 per box, respectively, if you subscribe to a weekly or every-other-week plan, which can be canceled at any time.

Misfits claims that the smaller box would be worth about $35 to $40 at the grocery store or farm market, while the larger box would set you back up to $70 at those places. I don’t normally shop exclusively organic, so the price of the box is more in line with what I’d pay for conventional produce. Of course, this one is delivered to my door.

But back to my Misfits box, the Mischief Box, which showed up at my house on Saturday.

The first thing I noticed upon opening the box is that there is a ton of packaging. But Misfits Market insists that nearly everything inside the box is either easily recyclable or home compostable, or, you know, completely edible.

As I opened the Misfits Mischief Box, my kids surrounded me with excitement. They couldn’t wait to see some ugly fruit or ugly vegetables, like the company has used in advertisements and on their website. Imagine their disappointment when I pulled out piece after piece of beautiful, unblemished food. 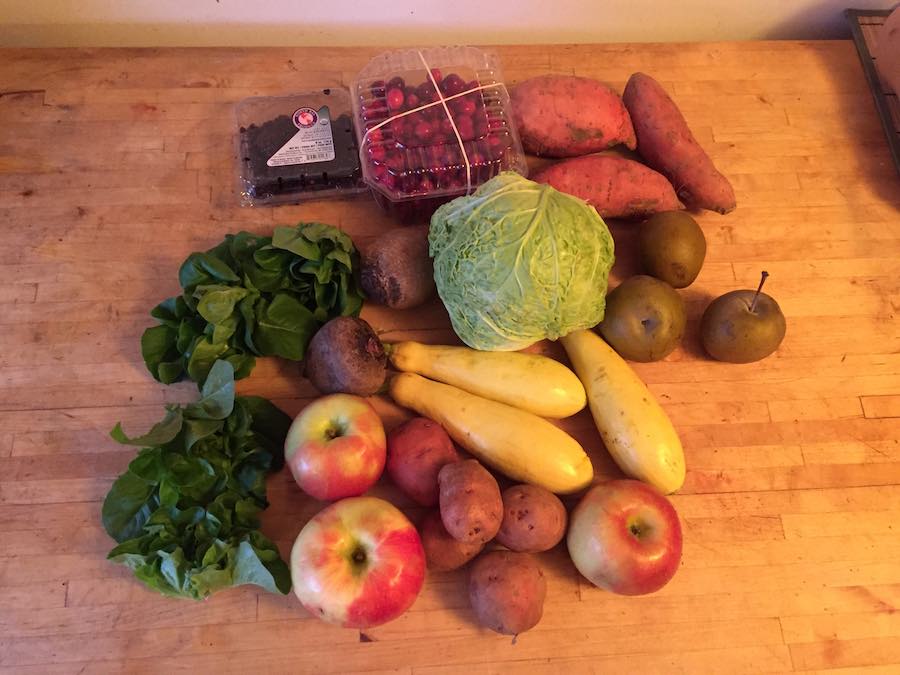 My Misfits Mischief Box contained the following: three Honeycrisp apples, which, without invoking hyperbole, were the best apples I’ve had so far this year (the kids agree: the best), and I eat a lot of apples; a container of blackberries; a container of fresh cranberries; four smaller potatoes; three sweet potatoes; three yellow squash, which I’ve since used in a chicken-and-green bean stir fry as well as a salad; a couple of red beets; three Asian pears (or at least something in the same family); and four heads of lettuce (not romaine!).

The box also contained some recipes, as well as a list of the week’s featured items, although there’s a note that selection varies from box to box. After all, this is the crazy world of rescued, ugly fruits and vegetables.

But back to that ugly thing. I asked the company why I didn’t get any crazy looking ugly fruits or vegetables. I really wanted to see the face of Mary in one of these things, and the kids were looking forward to taking lots of pictures and showing their friends.

“It’s funny,” a Misfits rep told me. “A lot of folks wonder if the food is ugly enough. There are different reasons for produce to be Misfits — size, shape, color, minor blemishes, or just excess quantities that farms cannot hold onto, like the blackberries.”

I guess I’ll just have to wait until next week and hope for some truly grotesque, absolutely unsightly, improbably hideous, delicious food.