If You’re Going to Propose at a Marathon, THIS Is How You Do It 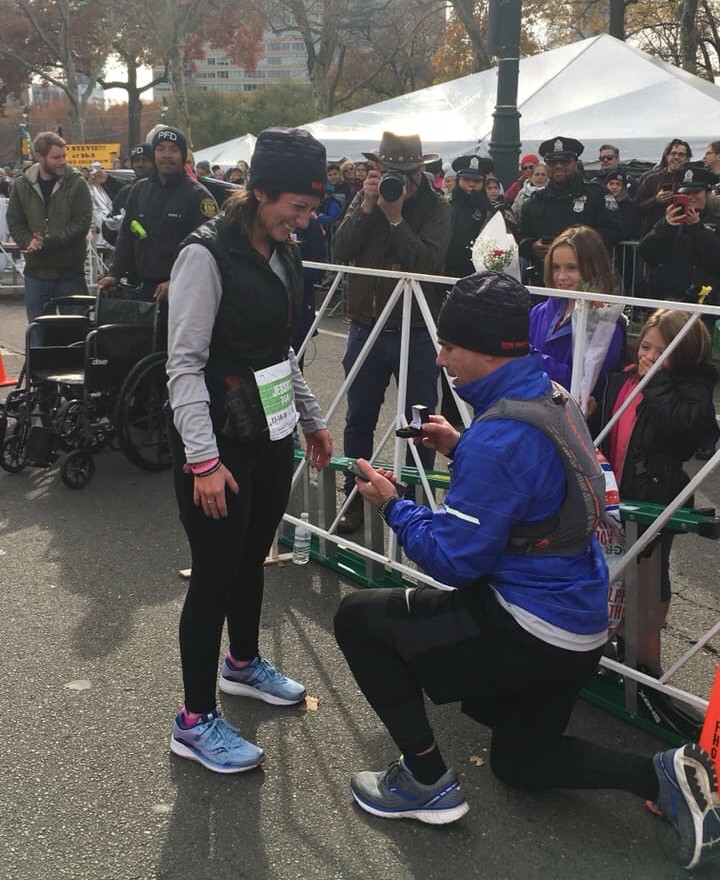 A marriage proposal is an exciting, emotional time between two people — it’s also something that a lot of people seem to have opinions about. And the thing is, even though a proposal is really about one person asking a question and another person answering, when this happens in public, that opens the doors for everyone to have thoughts.

Which is kind of what happened earlier this month when a man proposed to his girlfriend in the middle of the New York City Marathon. According to CBS News, at mile 16, the man hopped the barrier onto the course, stopped the woman he loved halfway through her first marathon, and proposed. A cousin caught the moment on tape, and it quickly went viral.

Just as quickly, people had problems with it. For one thing, mile 16 is a terrible time to be interrupted when you’re just trying to finish your first marathon. For another thing, choosing that moment — midway through an achievement his girlfriend had worked towards for a year — made the proposal all about the guy.

At the finish line, Dittenhoefer got down on one knee and proposed.

But Dittenhoefer and Dickinson’s story is so much sweeter. Unlike at the NYC race, he didn’t interrupt his girlfriend while she was in the middle of running towards her goal. He also didn’t steal the glory of her accomplishment at the finish; he ran the entire race with her, and it was his first marathon, too. Running was something he did for her out of love, and therefore the marathon wasn’t just a generic opportunity to make a scene in front of a large crowd — to them, it symbolized their dedication to one another. 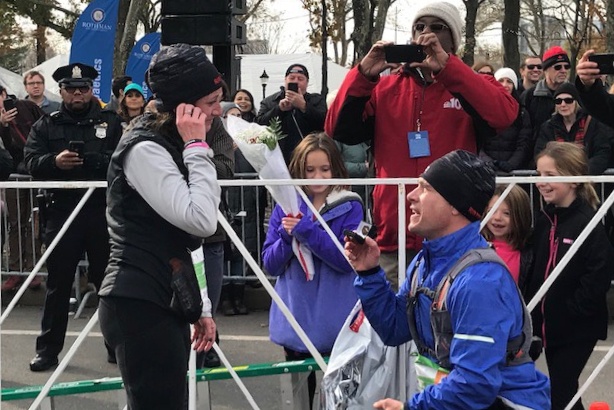 Rather than distracting from an accomplishment, this Philadelphia Marathon proposal celebrated the pair tackling life’s challenges together. Photograph courtesy Eric Dittenhoefer

“Eric had the idea back in September to propose at the finish line because he only started running once he realized it was something [I] love to do — and now we get guaranteed time alone together for our long runs. We refer to them as our ‘dates’ each weekend!” says Dickinson. “Through running, we get to incorporate what we both love doing and have an unforgettable memory as we begin our life together.”

And proving the couple is truly in sync: Their Strava apps both hit the 1,000-miles-logged mark at mile 25 of the marathon, giving them the chance to reflect on all the many miles they’d run together throughout the year. And at the end of the race, they had the chance to look forward to all the miles and other challenges they’ll tackle side-by-side in the future.

“We want to move forward in this next stage of our life with intention and positivity,” says Dickinson. “What better way to prove we’ve got what it takes? Life is definitely a marathon and we are in this for the long haul. It’s a wonderful symbol of our commitment to each other and our family.”

Amen. Congrats to the happy couple!