Disco barre: all of the full-body toning you'd expect with a side of disco funk. 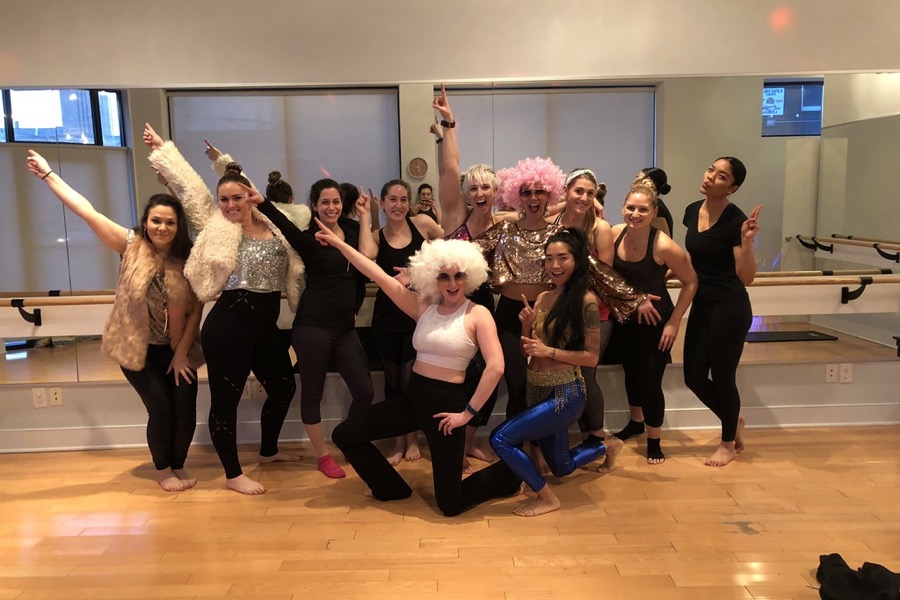 Hi, my name is Bailey King and I am a self-proclaimed barre-dict — yup, that’s a “barre addict.” The pulsing and squeezing is 100 percent for me. Needless to say, I was tickled pink when I caught wind of a Friday night disco-themed barre class at Tuck Barre and Yoga in Point Breeze.

I should start off by saying this: I’ve been to quite a few themed workouts and classes and the one thing they all have in common is they’re usually at a slower pace and not very challenging. I mean, I get it — they’re supposed to be fun. But at the same time, I’m there for a workout — and if I’m not in at least, like, a little pain, am I really getting a workout?

That said, this was not the case at Tuck’s disco barre class — it was fun and challenging and led at a brisk pace, which I really appreciated. This was all thanks to Elise, the class instructor and disco diva who you can see rocking the pink wig here alongside Tuck’s equally-sequined owner Callie Kim. 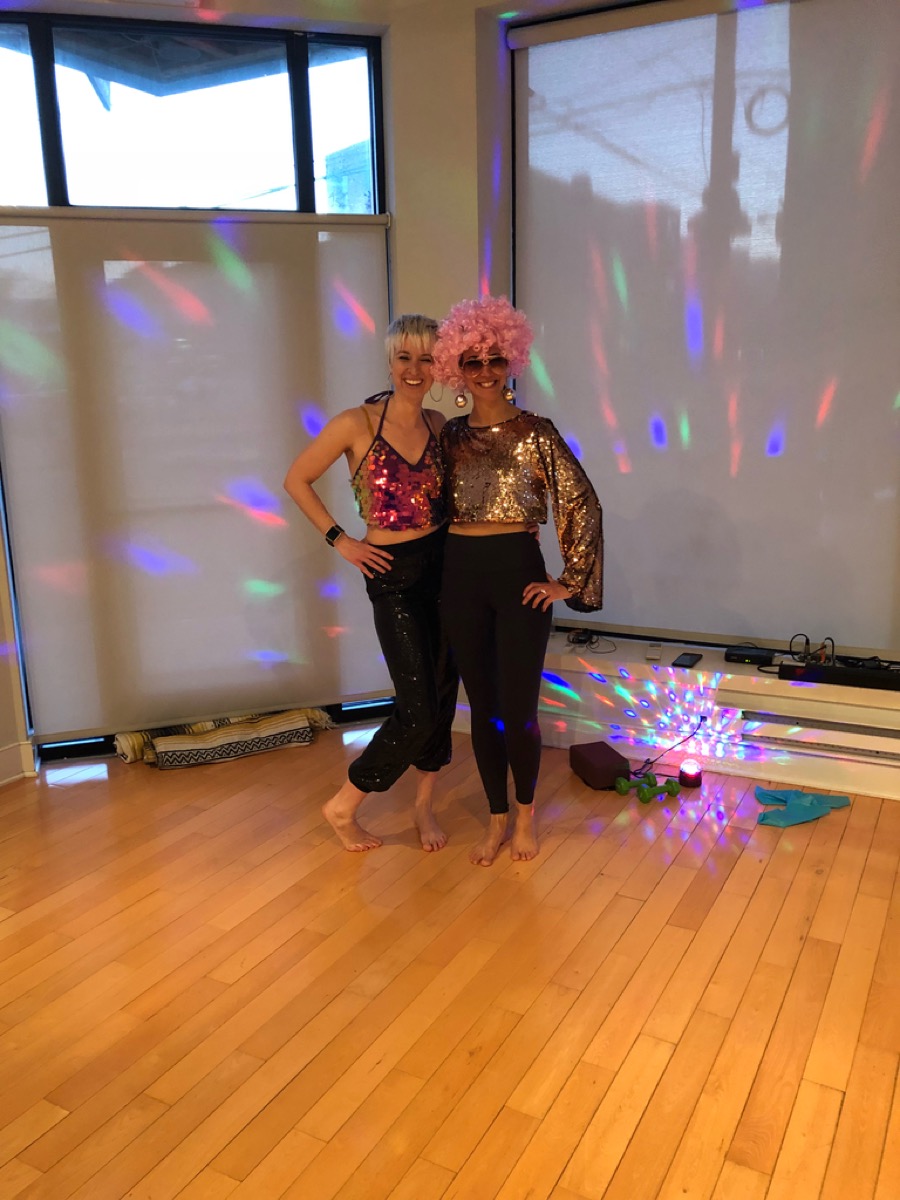 The class kicked off with some classic disco choreography. I’m talking The Hustle, the classic finger guns, and you’d better believe we busted out the classic disco move: the up and down diagonal finger point referred to as “The Travolta.” While I’m not much of a dancer, throwing this fun choreography together to some bumpin’ disco tunes seemed to have negated my general lack of rhythm and elegance (thank the disco gods).

We moved on quickly from the dance portion of class to get down to the nitty gritty: abs, glute, arm, and leg work. You know, the standard full-body barre equation but with a disco-y twist. During the arms portion of class, we brought back the up and down diagonal finger point (AKA the Travolta) and a few other classic disco moves, but this time with weights — which very quickly turned my arms into a set of noodles. Push-ups with a clap and mountain climbers on the barre got our heart rates up and earned me a nice layer of forehead sweat. 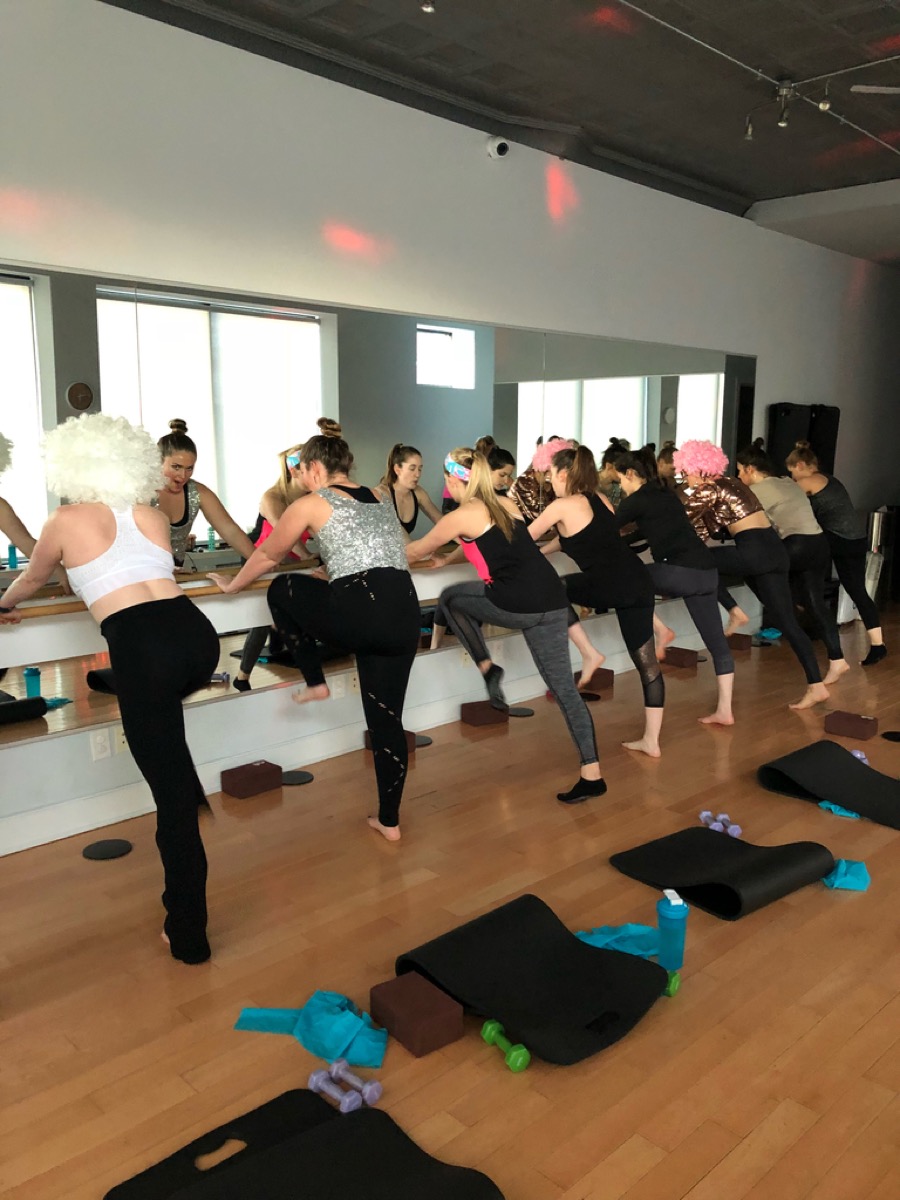 Legwork brought out sliding discs — which helped simulate a reformer machine — that left my quads quivering. Glute work had us banging out glute bridges with our feet up on the barre, which was a welcome twist on the butt-toning move. But of course, doing any move to disco lights — even the outer-thigh-burning clam shells — is a million times more fun and tolerable, amiright? 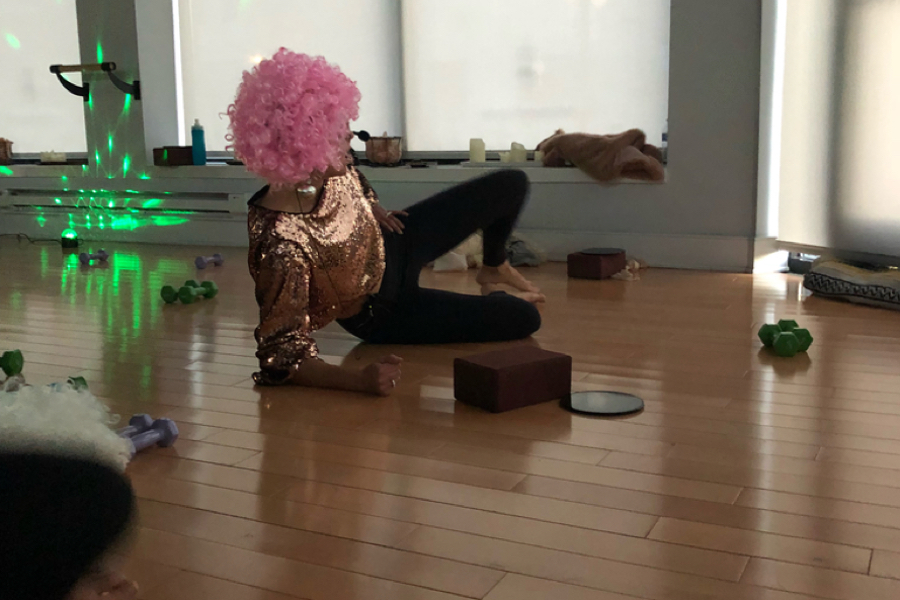 So, what’s verdict on disco barre? It’s the perfect class for you and a pal or two to schedule on a Friday night. Maybe you’ll swap it for the bar or club — or perhaps it could serve as your warm up for a funky night out. You’ll get a great workout, have some fun, and share some giggles over your disco dancing abilities (hey, it’s not our era — no one is a pro!)  and your post-workout drinks will serve as a requiem for your shared struggles throughout class.

That said, Tuck’s studio is petite — maybe 15 people max — so you definitely need to schedule your session ahead of time. Tuck Barre and Yoga plans on hosting a theme night at least once a month. The plan is to “roll through the decades” on the first Friday of every month at 5:15 p.m. April’s theme is 80’s barre and May’s theme is 90’s barre. Dressing up is more than welcome at every theme night and all of these classes will be taught by Elise, so you can expect a solid workout and fun all in one.

In the meantime, keep your eyes on Tuck’s Facebook page — you never know when another theme night might pop up!

Boogie on, my friends!