But this time, the changes will probably put a smile on your face. 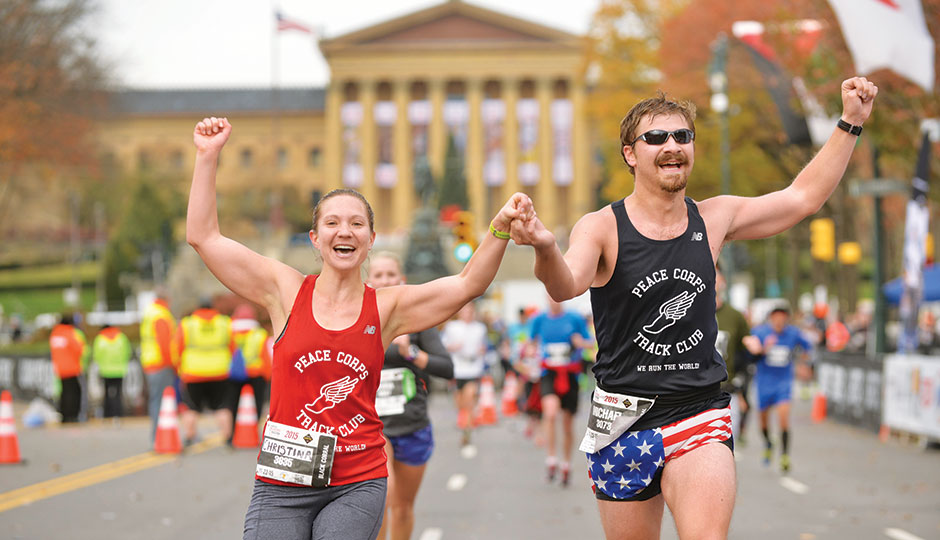 Photograph courtesy of the Philadelphia Marathon

As you might’ve noticed if you were thinking about running the Philadelphia Marathon’s half marathon course on November 18th, for a while, where there would usually be a course map, the website has said something along the lines of “coming soon!”

If you’re anything like us, you were intrigued and anxiously checked back often. Well, my friends, the folks over at the Philadelphia Marathon quietly debuted the course map, and good news for everyone who complained about last year’s course changes: It’s looks very different this year, with more city and less of Fairmount Park in the mix. Victory!

As a reminder, last year there was a bit of an uproar when the race announced changes to the half marathon’s course. There were two big changes that got reaction from runners: First, the marathon and half marathon, unlike previous years, would be held on different days; and second, the half marathon course would spend much more time in Fairmount Park than it had in recent years, cutting out time spent pounding through city streets. When the race announced the news, many runners argued that the half marathon course now looked like every other half marathon that happens throughout the year. Many also worried about crowd support. After all, it’s easy for folks to step right outside of their doors to cheer, but how many people, really, were going to trek out to Fairmount Park in winter to cheer runners on?

Well, the race organizers heard ya, people. You can see last year’s 13.1-mile course versus this year’s course, side by side, below. 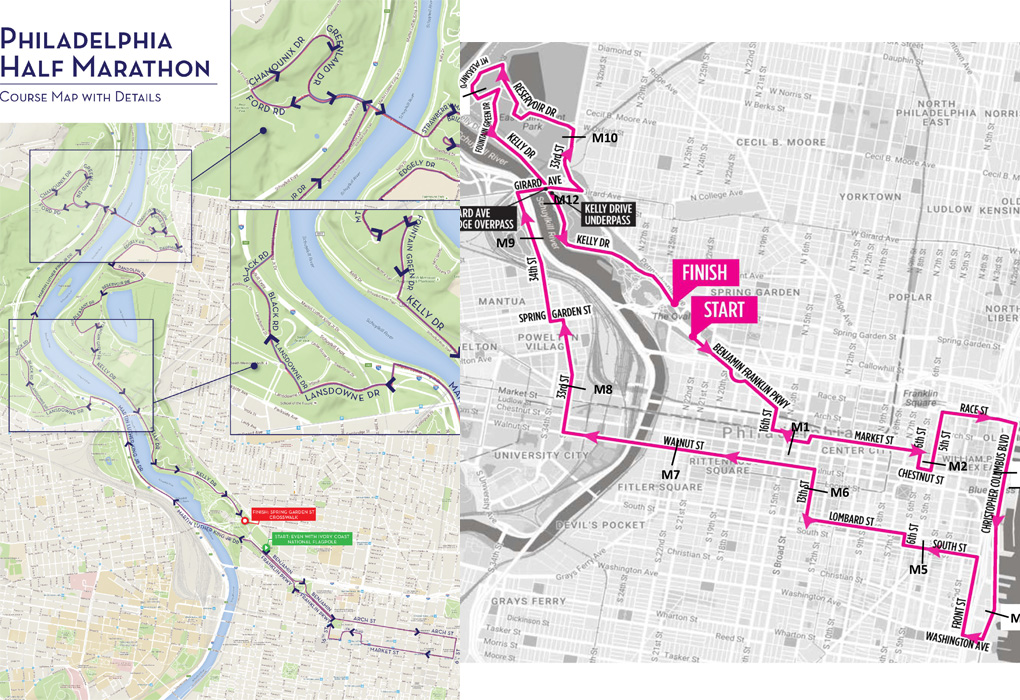 To find out what, exactly, prompted the race to make the changes, we chatted with Leo Dignam, executive director of Philadelphia Marathon Weekend, yesterday. As he said, “When we decided to change the days of the race, we thought it would be too expensive to have two city-centric routes on each day.” He also notes that last year, Philadelphia Parks and Recreation had an increased role in the race, so they figured, why not highlight an asset of the park system? After the race, though, they surveyed runners and found a pretty hefty difference between runners who reported liking the marathon course and runners who reported liking the half marathon course. He says most runners did, in fact, say they liked the half marathon course — that number was just significantly lower than the number who said they liked the marathon course. “We took that seriously,” Dignam says.

“The trend,” Dignam says, “is that people like to run in the city because there aren’t that many times they can do that.” So, over the past few months, race organizers spent time meeting with the people they needed to talk to in order to make plenty of city running happen on both the half and full marathon courses. Think: the Philadelphia Police Department, SEPTA, and more. And now, “We came up with this route that we think is really a home run,” Dignam says, “hitting a lot of neighborhoods and a lot of iconic spots,” like the Liberty Bell, Franklin Field, the Zoo, and taking runners over the Girard Bridge.

To runners, Dignam says, “We heard you. We listened.” So all that uproar wasn’t for nothin’, folks.