Our top 10 picks for where to sweat this month. 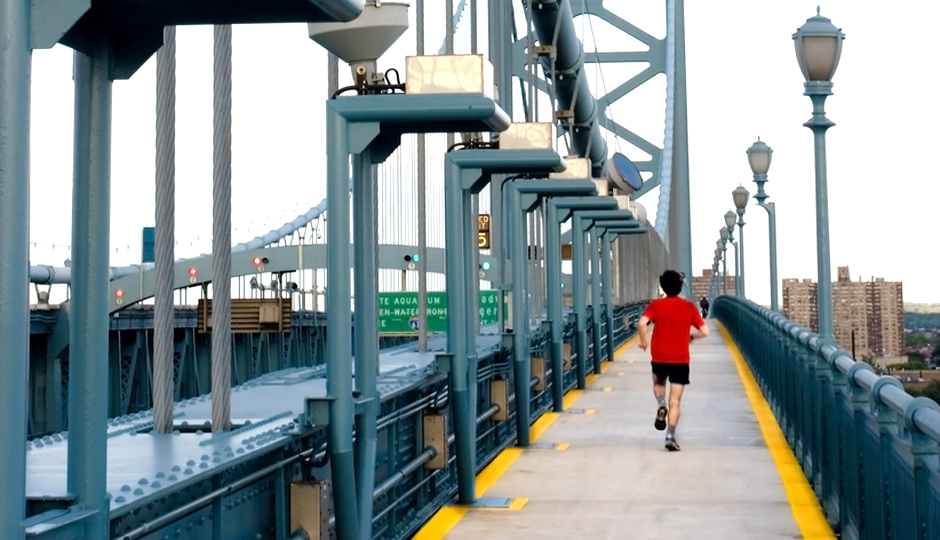 It’s that time again, guys! Time to start sprinkling fitness events into your calendar for the month. Here, our top 10 picks for where to get your sweat on in March (when you aren’t pounding the pavement training for the Broad Street Run, that is).

Om Slay Yoga Party
When: Friday, March 10th at 6 p.m.
Where: 1131 Market Street, Midtown Village.
Yoga is officially everywhere. Case in point: the Hard Rock Cafe (yep, the Hard Rock Cafe) is hosting a yoga dance party this month. The evening will kick off with an hourlong yoga class — complete with a DJ — followed by a dance party. Your ticket gets you the class, a glass of wine or a beer, an appetizer, and the chance to dance your ass off. Sounds like a good night to us! $25.

Barre for Runners at Y2B Fit
When: Sunday, March 12th at 12 p.m.
Where: 7101 Emlen Street, Mount Airy.
You hear about yoga for runners ALL the time, but barre for runners? This is less familiar territory. This 90-minute class is designed to help runners build strength in their most commonly stressed areas — think: hips, hamstrings and calves — and relieve some of the stress induced by training. Then, you’ll zone in on the hamstrings and calves to up speed and improve form. $20.

Back on My Feet 5-Miler
When: Saturday, March 25th at 8 a.m.
Where: Schuylkill Trail Connector
Running Broad Street? Take note! This feel-good five-miler is set six weeks before the 10-miler, which makes it the perfect race for gauging your training progress. Bonus: proceeds benefit the local nonprofit Back on My Feet. $35.

ODDyssey Bridge Running and Happy Hour Training Program
When: Starts Tuesday, March 21st at 7 p.m.; runs for six weeks.
Where: Meets at Franklin Square, 6th and Race Streets.
And if you’re running Broad Street, that means you’re training for Broad Street: Meet your new weekly training group. Every week, runners (the group is capped at 125 participants) meet for a nearly four-mile run across the Ben Franklin Bridge and back, then head to Dave & Buster’s for a post-run beer. Each run highlights a different running club and a local charity. And speaking of local charities, all proceeds (the whole six weeks, including beer, will only run you $30), go to charity. $30.

MyCityMoves
When: March 11th through March 31st.
Where: Anywhere you are!
City Fitness is bringing their MyCityMoves competition — open to members and nonmembers — back for a second year, and the idea is simple: to get Philadelphians moving. The $99 registration gets you a MYZONE belt (that’s a fitness tracker worn across your chest) and access to a few fitness events (think: a silent disco hip-hop abs workout) created solely for the competition. Throughout the competition, as you get your run, bike and burpee, your MEPs (those are MyZone Effort Points) will be displayed on an online leaderboard, driving you to keep moving, lest you look like a slacker. The real incentive, though? In the end, City Fitness will be doling out $10,000 in prizes to winners in categories like biggest lifestyle transformation and most MEPs earned. $99.

The Love Run Half Marathon
When: Sunday, March 26th at 7:30 a.m.
Where: 2600 Benjamin Franklin Parkway.
You know what makes tackling 13.1 miles of pavement a teensy bit easier? Knowing there are soft pretzels and Tastykakes awaiting you at the finish line (hey, you earned it!). This half marathon, which debuted in 2014, offers both at their finish-line tailgating fest, along with perks for teams. Think: your very own port-a-potty. (Ohhh la la.) $101.

SoulCycle Rittenhouse opens!
When: Thursday, March 16th.
Where: 113 South 16th Street, Center City.
Guys, guys, guys: SoulCycle is FINALLY opening the doors to their much-anticipated Center City studio this month. They’ve yet to give us details on an official grand-opening celebration BUT, nonetheless, do know, come mid-March, you’ll be able to get in on the cult-followed candlelight workout without trekking to the ‘burbs. Amen to that.

Detox Acupuncture Yoga Workshop
When: Saturday, March 18th at 12:30 p.m.
Where: Priya Hot Yoga, 1828 Callowhill Street, Fairmount.
I can’t be the only one who feels like this year has been a bit … toxic thus far. Enter this detox acupuncture yoga workshop, which kicks off with a vinyasa class designed to help detox the body, then goes into meditation work (yes, please) and ends with five-point ear acupuncture. $50 before March 11th; $60 after.

Park Champion Pop-Up Run and Happy Hour
When: Saturday, March 4th at 9 a.m.
Where: 2101 Pennsylvania Avenue, Fairmount.
This free five-mile pop-up run, being put on by the Fairmount Park Conservancy (they’ve still got charity bibs available for the Broad Street Run, guys!), will take you from the best place on earth (that would be the new Whole Foods, duh) to Fairmount Park’s very pretty Pavilion in the Trees, and back. Back at Whole Foods, runners will get free snacks and specials on draft beers. (Yes, it’s an early, but well-earned, happy hour.) What a lovely Saturday morning, right? Free.

This Time It’s Personal Pop-Up Run
When: Thursday, March 16th at 7:30 p.m.
Where: Yards Brewing Company, 901 North Delaware Avenue, Northern Liberties.
This event, being put on by local runner Keith Zonderwyk (if you’re a fan of Yards bRUNch, you know him), kicks off with three-mile run, followed by a whole lot of drinking and socializing at Yards Brewing Company. What makes this event reeeeally awesome are the raffle items you’ll have a chance at snagging. Think: race bibs for the Philly 10K, the Broad Street Run, the 5000 Yards Dash, the Sly Fox Fox Trot 5K, the ODDyssey Half Marathon and the Penn Alexander 5K. Proceeds will go to support Zonderwyk’s mother, who’s fighting cancer. $30.