The real takeaway of the Kenyatta Johnson indictment — and every other City Council indictment ever — is that City Councilmembers have too much say over real estate deals. An idea on how to fix that. 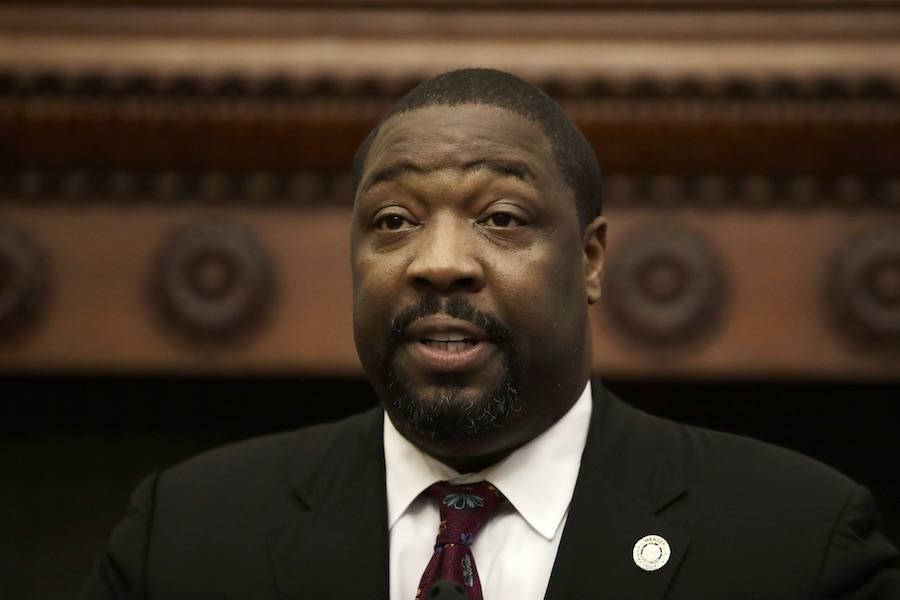 The rule of law is to presume those who are criminally indicted innocent until proven guilty.

Such a presumption should absolutely be extended to City Councilmember Kenyatta Johnson and his wife, political consultant Dawn Chavous, after both were indicted last Wednesday on two federal corruption counts of honest services wire fraud, a form of bribery. After a five-year FBI investigation, federal prosecutors are alleging that Chavous received more than $66,000 from Universal Companies, a major South Philly nonprofit developer and charter-school operator, in exchange for her husband’s assistance with a zoning variance and political aid with other land-use matters.

In other words, Johnson and his wife are accused of using Johnson’s powers as a sitting City Councilmember in quid pro quo dealings with developers. That such accusations are being made in a district that has been dealing with some of the worst gentrification in the city in recent years makes them even more damning.

After last Friday’s court hearing, at which Johnson and Chavous were fingerprinted and processed, “I am innocent,” Johnson told the press. “I have pleaded not guilty, and I look forward to my day in court to exonerate my name.”

Chavous, holding her husband’s hand outside the courthouse, asserted the same: “You heard what I said in court. I am innocent.”

Right now, I’m not personally concerned with the legality of this particular case, because what is deemed legal isn’t always right. For example, it was once legal to discriminate against people on the basis of race, but it was never right. Regardless of the eventual legal outcome of this case, if what the feds say is true, it doesn’t sit well with me that Johnson appears to have been fine with his wife being paid to consult for a political benefactor — an ethical minefield if ever there was one. But let’s not get too hung up on this particular indictment; it’s the tip of an iceberg.

I don’t only blame Philly elected officials for the corruption cases they encounter all too regularly. I partially blame what’s known around here as councilmanic prerogative.

State law and the City Charter give a great deal of power to City Council when it comes to the transfer of public property into private hands. Councilmanic prerogative is a local tradition — a “gentlemen’s agreement,” if you will — whereby district Councilmembers are overwhelmingly given free rein by their Council colleagues over such transactions in their districts.

Councilmanic prerogative is so bedeviling because it grants district Councilmembers the authority to play chess with real estate developers who want buy up land from the city (which happens to be the biggest landowner in Philly). Because it’s an uncodified custom — essentially the de facto culture of our legislative body — there are no checks and balances. Not for nothing, all six City Councilmembers who have been criminally convicted since 1981 were charged over matters that concerned councilmanic prerogative.

Johnson’s case may be top-of-mind, but the most recent drumbeat to end councilmanic prerogative started in 2019 and contributed to the defeat of one of Council’s longest-serving members.

Last year, grassroots activists held disruptive protests calling for the end of then-Councilmember Jannie Blackwell‘s decades-long reign over the 3rd Council District. The reason? They accused Blackwell of prioritizing real estate developers’ interests over those of the residents in her district. Blackwell was eventually upset by political newcomer Jamie Gauthier in the May primary. Then, last summer, City Council President Darrell Clarke, who is also the district Councilperson for the 5th District, was scrutinized for using councilmanic prerogative to help his landlord by stopping affordable housing from rising on a vacant city lot. Neither Blackwell nor Clarke was accused of doing anything illegal. But that doesn’t mean their actions were right.

As gentrification intensifies and interest in the city’s stock of vacant property increases, the temptation to put a finger on the scale will rise with it. Councilmanic prerogative provides the mechanism to do so. Right now, elected officials can receive campaign contributions from wealthy real estate developers who just might happen to want to buy up some land in their districts. And what to make of the fact that just as Universal Companies allegedly began paying consulting fees to Johnson’s wife after years of struggling to redevelop the Royal Theater on South Street, the project finally took off for them?

Critics will argue that ending councilmanic prerogative means Council members will be stripped of powers that will likely end up with the mayor. Some would argue that Councilmembers are entitled to make such zoning and land-use decisions because they know their districts best.

I say councilmanic prerogative needs to end immediately, and that we can expect allegations of corruption to continue until it does. Of course, City Council isn’t going to strip itself of powers, so it appears it’s up to constituents — the ones who know their districts even better than do their elected officials — to turn up the pressure.

One possible solution: creating community-led volunteer land-use boards that could serve as forums for demanding accountability. Although they might not hold official power, these grassroots groups could amplify community voices and advise/demand accountability from district Councilmembers on such land-use and zoning matters. Consider the success of the Riverwards L+I Coalition, a Facebook group that has had remarkable success in holding developers accountable for their projects in the Fishtown, Kensington and Port Richmond neighborhoods. In an era when the public is demanding more transparency than ever from government, when vocal neighborhood opposition can take down even the most entrenched officials, and when citizens are increasingly encouraged to “be the change,” it doesn’t seem so far-fetched that even a de facto land-use board could wield considerable influence over a tradition that has for so long resisted all other efforts at reform.