The crisp weather is ideal for this early-riser sport that helps maintain healthy forests. 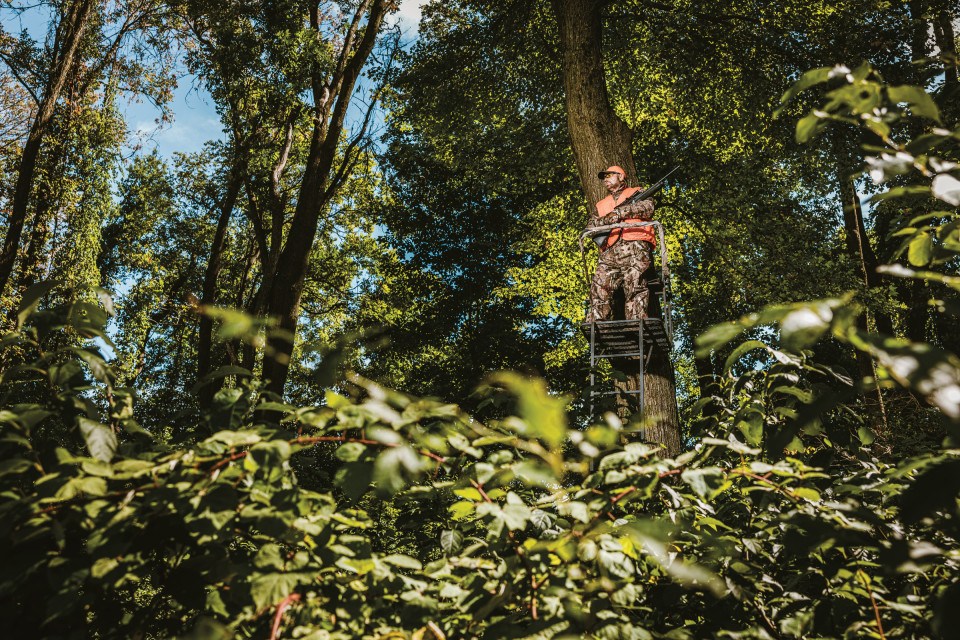 Retired outdoor-marketing specialist Kevin Talbot, who lives in Media, hunts on a private farm in Delaware County. “I love all wildlife, but there’s a point where you have to manage it in order for it to not destroy the landscape,” he says, noting that hunting in Pennsylvania is “highly regulated” and that people aren’t hunting for trophies. Talbot, who likes to make venison tacos for his wife and daughters, says, “I haven’t purchased red meat in years.” / Photograph by Steve Boyle

Pennsylvania is the nation’s third most popular state for deer hunting, and the sport has only surged since 2020. Deer are plentiful (overly so, with many negative environmental impacts and much, well, roadkill); the meat (venison) is healthy, delicious, and ecologically friendly; and one deer can feed a family of four many meals. I know, because my teenage son has kept our chest freezer stocked with venison for three years.

How to Get Started

One of the first questions you probably have is, Do I need a gun? And maybe you’re not so into that idea — which is okay. Many, many deer hunters, including my son, exclusively use archery equipment. But before you buy a weapon, start by taking the Pennsylvania hunter education course, a prerequisite for obtaining a hunting license. (Revenues from these fees, by the way, go toward conservation.) You’ll learn all the basics of hunting safety and important rules and regulations. You’ll also meet other folks in your area who are interested in hunting as well as the instructors, who might let you tag along on their next outing. The PA Deer Hunting Facebook group and its 43,000-plus members are another good resource.

There are also mentored hunting programs in the state that match you up with a certified, experienced hunter who might share equipment with you, which can be a great way to test the waters. I highly recommend you go out with a mentor for your first (and second, and third) hunt. Email mentoredhunting@pa.gov for more information.

Every single state forest in Pennsylvania (10 land tracts in the Greater Philadelphia region make up William Penn State Forest, which totals about 1,700 acres) and most Pennsylvania state parks (including nearby French Creek, Marsh Creek and Ridley Creek) allow deer hunting. Deer hunters will tell you that this county or that county is best, but considering how successful the mentored hunters are each year at John Heinz National Wildlife Refuge at Tinicum, which sits right next to Philadelphia International Airport and I-95, it’s fair to say there are plenty of deer to go around.

You can also hunt for deer on private land as long as you obtain the landowner’s permission. Some homeowners with really, really big yards in certain areas of Chester, Delaware, Montgomery and Bucks counties allow this. (Note that you can’t hunt within 150 yards of any residence; hence the need for big properties.) And farms in the area — including those close by but especially the ones out in farm-filled Lancaster County — are often quick to say yes, since deer love eating crops.

State hunting-season dates change annually but generally start in early fall and run until midwinter. Plan on a long day: Your greatest chances for success are around dawn and dusk, so most hunters show up early and go home late. Hopefully with dinner.

We hope you like orange. Arguably the most important item a hunter can own is an assortment of fluorescent orange (hunter lingo: blaze orange) clothing, a.k.a. the stuff that lets other hunters know you’re a human and not a deer when you walk through the woods. I’m guessing the importance of this is obvious enough. State laws generally require hunters to wear at least 250 square inches of blaze orange on their backs, chest, head or some combo thereof. Buy a blaze orange baseball cap and vest and you’re all set.

Not less than $500, but realistically, more like $1,000 for your first season. And as with most equipment-heavy hobbies, costs can skyrocket from there.

Published as “Call of the Wild: Deer Hunting” in the November 2022 issue of Philadelphia magazine.