A 92-Year-Old Black Urban Cowboy Walks Into a Bar …

No, it’s not the start of a joke. It’s a must-see exhibit in a famed Philly dive bar. 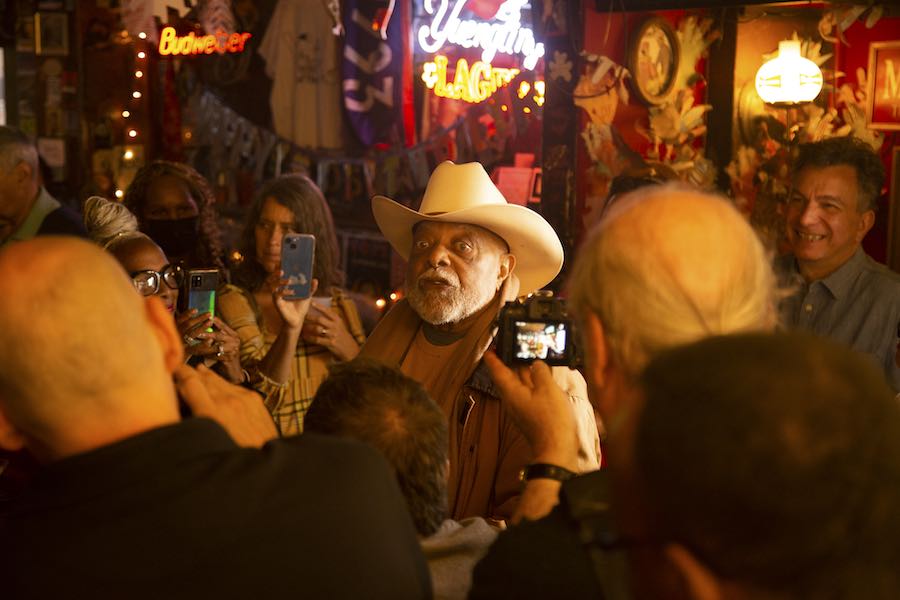 I first met Phil at Bob & Barbara’s, the South Street dive bar, where he would regularly get on the microphone during the jazz band’s sets. (I was always a little confused as to whether his mic-grabbing was welcome or not.) He’s not really a singer. But that never stopped him. Either way, he was always one of the most entertaining aspects of the night.

When Sumpter wasn’t singing at Bob & Barbara’s, he was holding court at the bar. Telling stories. Often wild stories about the Philly scene back in the day and stories about life in the fast lane. I was never quite sure which of these were true stories or just “stories,” but with a Philly character like Sumpter, nobody ever really cared. He was able to flirt with young women who would never give me the time of day, making me just a bit jealous. I am pretty sure he kissed my girlfriend – now my wife – more than a few times.

Then there’s Phil Sumpter the artist, who specializes in art depicting Black cowboys, pirates, pirate ships and jíbaro — a term for people in the countryside of Puerto Rico who lead traditional lives.

Dirty Franks is celebrating his work this month with the exhibit “Phil Sumpter Rides Again.” Hence the huge turnout from 2 p.m. to 7 p.m. on that Sunday at Dirty Frank’s, when the show opened. 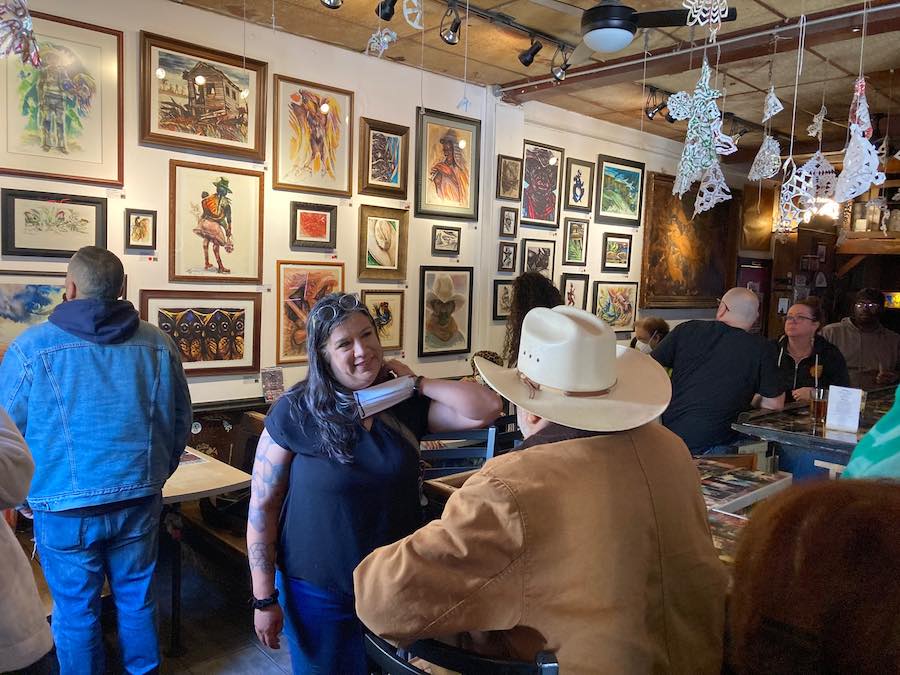 Phil Sumpter and his art at Dirty Franks

“I was first introduced to Phil Sumpter 30 years ago,” says Jody Sweitzer, curator of the Off the Wall Gallery inside Dirty Frank’s. “I met the self-proclaimed ‘Black Cowboy.’ The artist. The storyteller. The bigger than life persona was and is surpassed only by a breadth of work that the term ‘prolific’ doesn’t even begin to define.”

Sumpter was born in 1930 in Erie, Pennsylvania, and graduated from Philadelphia’s University of the Arts. He served in the Korean war. While stationed in England, Sumpter attended the Cambridge College of Art. He also worked for years in the Philadelphia school system. So, yeah, he’s got stories.

And if you’ve ever driven down Parkside Avenue on the way to the Mann Music Center, you’ve probably seen Negro Leagues Memorial, his bronze tribute to the Philadelphia Stars, a Black baseball team that existed in Philadelphia from 1933 through 1952.

Now through November 18th, show up for the exhibit at Dirty Franks and have a drink or three while admiring his art. And if you’re lucky, you’ll bump into Sumpter. And the stories will unfold from there.