The state Joe Biden calls home is having a full-on moment. Here’s how to explore it. 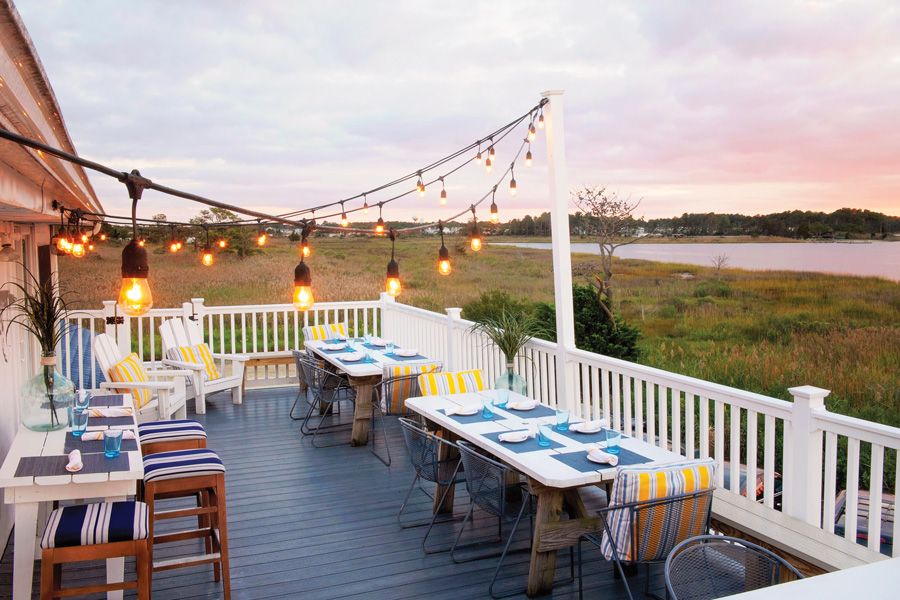 The outdoor patio at Bluecoast in Bethany Beach, one restaurant to try while you’re visiting Delaware. Photograph by Pamela Aquilani

The state Joe Biden calls home is having a full-on moment. Here’s how to explore.

Highlights from the city’s dining renaissance

Torbert Street Social
For a speakeasy, this Financial District spot — and onetime horse stable — is surprisingly warm and welcoming, especially during happy hour, when you can drink $8 tequila cocktails around a firepit on the brick patio. 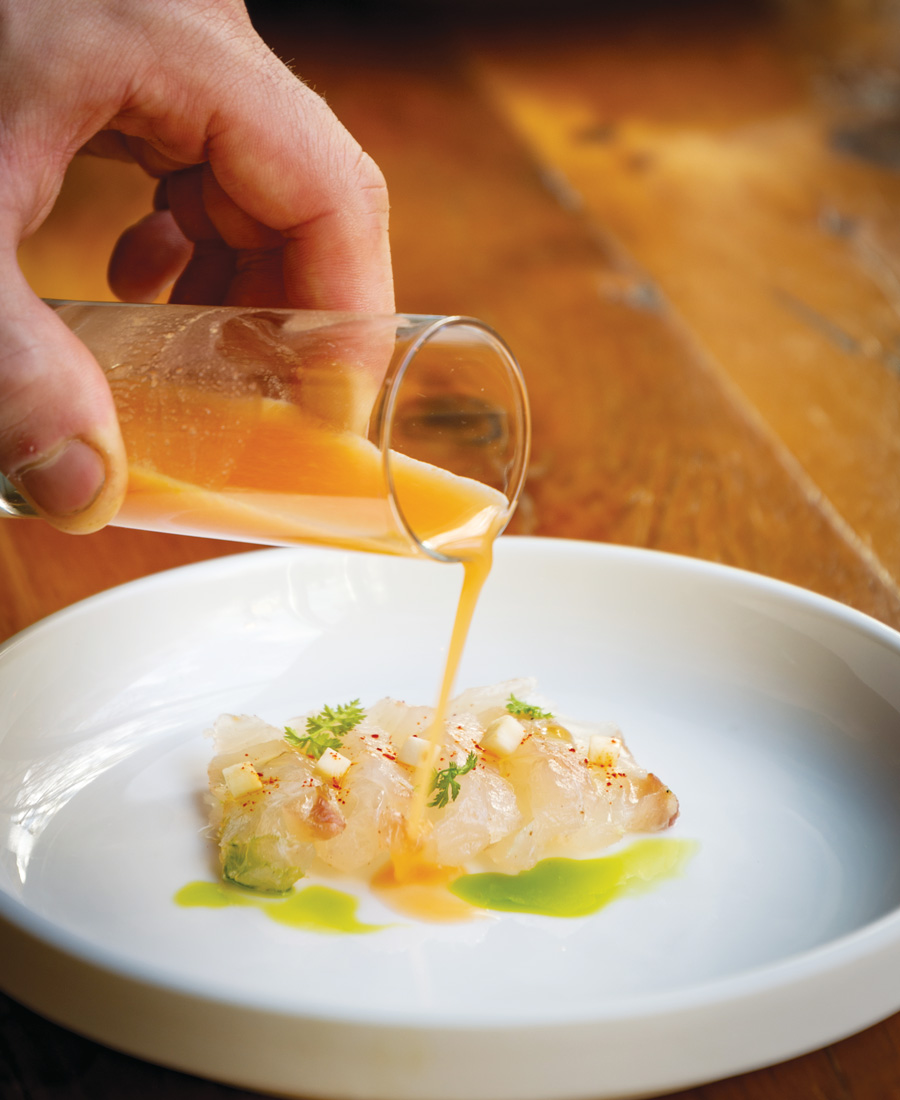 A dish at Bardea Food & Drink. Photograph by Richard Vernick

Bardea Food & Drink
At Wilmington’s first James Beard-nominated restaurant, you’ll find handmade pastas and shareable delights like whole duckling dry-aged and roasted. The bar — offering homemade limoncello cocktails, local beers and a thoughtful wine list — is worth a visit all on its own.

Pizza by Elizabeths
Popular with the tony Greenville crowd (and Biden in his Senate days), the gourmet pizzas at this upscale eatery are named for famous Elizabeths. Try the Taylor, with goat cheese and sautéed onions, paired with a bottle of rosé.

As in Jersey, Delaware’s beach towns all have different personalities.

If you want to rage: Dewey
A mere one mile long and two blocks wide, Dewey Beach has an outsize reputation for attracting the party. Pre-pandemic, weekend warriors began their days at the Starboard, with Old Bay-rimmed Bloody Marys staked with fat shrimp skewers, then migrated to the deck of the Rusty Rudder for orange crush cocktails with bayfront views. Dark and dive-y concert venue Bottle & Cork has hosted the likes of Miranda Lambert and Rusted Root, plus plenty of up-and-comers, for nearly 85 years, and the best beer in town is made at Dewey Beer Co. Newbies should start with a flight of the juicy sour brews, made with mangos, berries and passion fruit.

If you’ve got kids: Bethany
South of Delaware Seashore State Park, Bethany’s wide, boardwalk-trimmed beaches, big house rentals and sleepier sensibility are perfect for family getaways. Beyond beachgoing, you can kayak the Inland Bays, bike around a web of trails, practice your putting skills at Captain Jack’s Pirate Golf, and fill a bag with saltwater taffy at Candy Kitchen. For kid-friendly dinners, crack crabs on paper-covered tables at Mickey’s, or snag a spot on the deck at Bluecoast for a local seafood-centric menu with views of the salt pond. Some restaurants, including barbecue joint Bethany Blues, will deliver right to the beach.

If you’re here to eat: Lewes
Charming and preppy, downtown Lewes has an impressive food scene. On the drive in, stop at the Station on Kings for baked-in-house seasonal pastries. (If the garden seating looks familiar, it’s because owner Leisa Berlin took inspiration from Terrain.) Owned by Berlin’s kids, Nectar and Agave are located downtown and attract loyal fans for fresh-squeezed juices and Mexican fare, respectively. Request a table on the leafy patio at Heirloom, where James Beard-nominated chef Matthew Kern gets creative with farm-fresh produce and seafood. And come May, don’t miss the weekly Historic Lewes Farmers Market, with 30 stands selling everything from tree-ripened peaches to live Maryland blue crabs.

If you’re looking for an LGBTQ scene: Rehoboth
Rehoboth has a long history as an LGBTQ haven, in part thanks to the efforts of CAMP Rehoboth, a nonprofit community-service org that hosts art, culture and health programming open to the public. (The acronym stands for “Create a More Positive Rehoboth.”) Pit-stop at Coho’s for breakfast sandwiches before making your way to gay hot spot Poodle Beach, at the southern edge of town near Queen Street. For more than four decades, Blue Moon has been a beacon for unstuffy fine dining, and you can’t miss the Purple Parrot Grill for colorful drinks and drag shows — and shirtless bartenders.

Geek Out Over Beer

Stay the night with a big-name brewery. 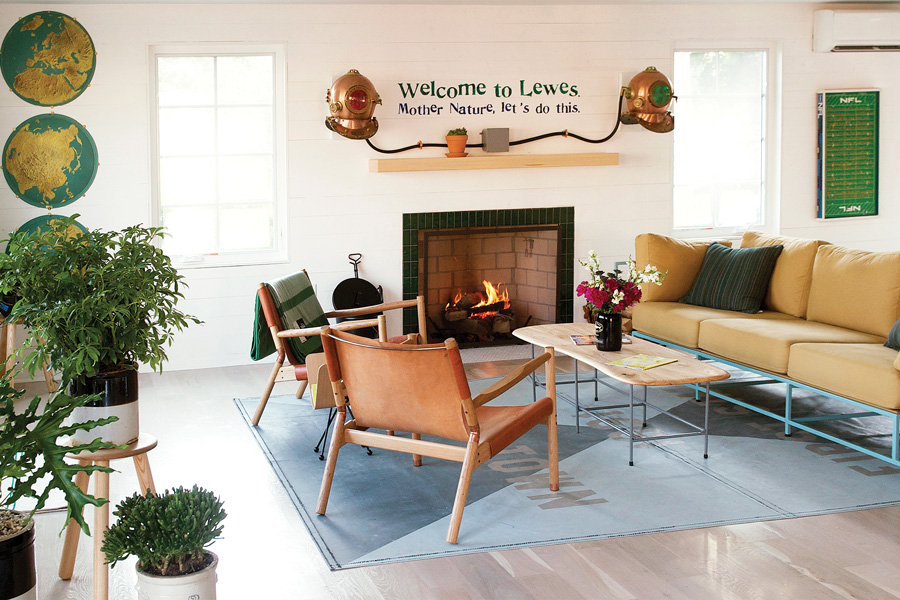 If you turn your nose up at the thought of Budweiser and know the difference between a Dunkelweizen and a Doppelbock, book a room at Lewes’s charmingly hip and thoroughly hops-centric Dogfish Inn — particularly on a Saturday, when Dogfish Head brewery mogul and inn owner Sam Calagione gives his outdoor fireside chat in the hotel courtyard. You’ll sit around a roaring bonfire, esoteric brew in hand, as Calagione delivers the lowdown on his adventures in the world he knows far better than most other people. The next day, hop one of the inn’s free loaner bikes and pedal leisurely trails to the nearby brewery in Milton, where you can taste Dogfish beers as they emerge from R&D. Just keep in mind that you do have to pedal back.

See the State’s Fancy Side

In Delaware’s château country, a blue-blooded past is on full display. 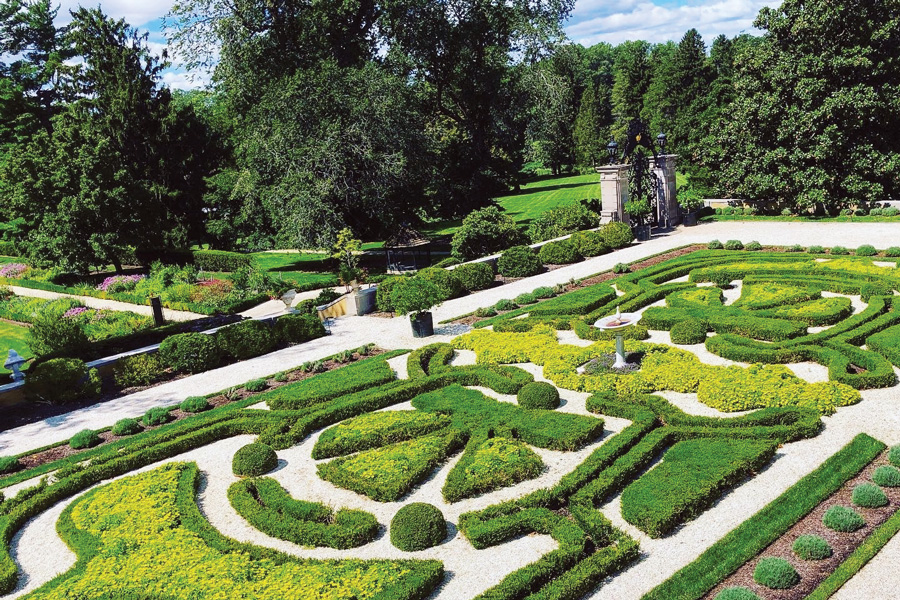 In 1802, French-American E.I. du Pont opened a gunpowder mill in Wilmington that eventually became the DuPont chemical company — and made the du Pont family one of the wealthiest in American history. Just off Route 202, a driving tour of their legacy is an easy day trip. Start at Winterthur, the 1,000-acre onetime private estate that’s now a museum where guided tours cover some of the family’s nearly 90,000 antiques. (Kids will love the fairy tale-esque Enchanted Woods garden.) Two miles south, Hagley, the original site of that gunpowder mill, is now a museum with riverside walking trails plus programs and events. And nearby, the centerpiece of it all: Nemours Estate, a 47,000-square-foot Versailles-inspired mansion filled with rare books and art, surrounded by a stunning formal French garden and gilded sculptures.

Published as “Get Reacquainted with … Delaware” in the “Road Trip!” guide in the March 2021 issue of Philadelphia magazine.