What’s better than one festival? A bunch of festivals. 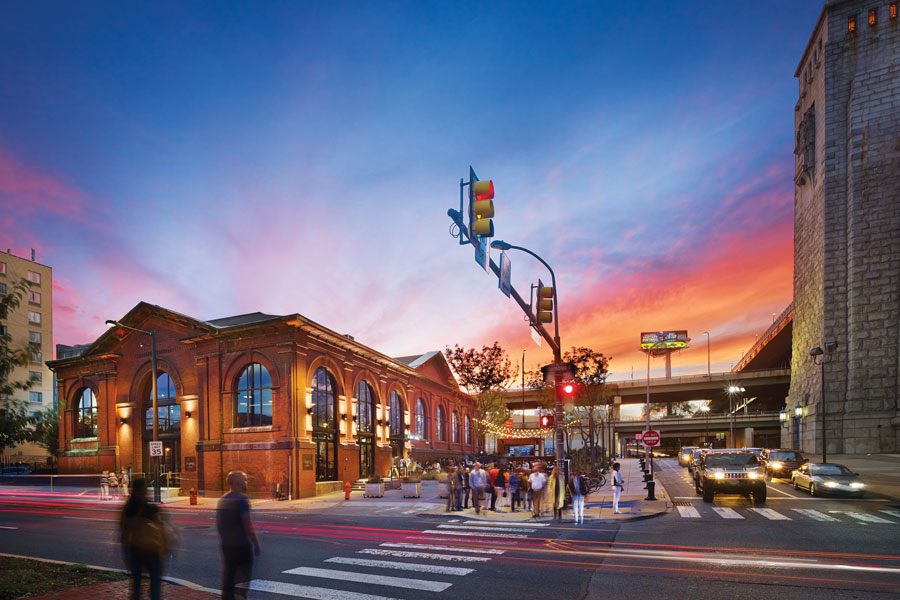 Six years ago, the organization that birthed the artsy Philadelphia Fringe Festival way back in 1997 opened a permanent space on the Delaware waterfront. In doing so, FringeArts went from producing one festival each September to hosting — and trying to sell the seats for — a bunch of one-offs in its new theater throughout the year. And, well, it just wasn’t working.

“We’ve learned some things,” FringeArts founder Nick Stuccio told us in an interview. “Some shows were great, some not as great as anticipated. The festival always works well, but the rest of the year, we were working four times as hard to fill seats for shows that were difficult to set up.”

So last year, there was a massive staff overhaul. And this year, more big changes for FringeArts. Instead of doing a little show here and a little show there, the organization is presenting a series of festivals leading up to the big one in September.

Things kicked off last month with Blue Heaven, the organization’s first-ever comedy festival, which presented offerings from the edgier and, of course, fringier side of stand-up. March is the beginning of the four-month High Pressure Fire Service fest, a celebration of Philadelphia-based artists. HPFS will present, among other things, a musical about abortion — The Appointment, which opens on March 20th. The Walnut Street Theater this is not.

Later this year, expect a circus fest — think Cirque du Soleil, not Ringling Bros. — and, at some point in the not-too-distant future, a still-in-the-works musical festival with “big-ass dance parties and all kinds of cool shit,” promises Stuccio.

Additionally, FringeArts has been tapping into a much younger crowd — have you seen the amount of white hair at some of its shows? — with a series of gender-­twisting late-night (“late-night” being 10 or 10:30 p.m. — hey, it’s still Philly) cabarets each month, though personally, I scoff every time I see a $15 food-and-drink minimum per seat.

At the end of the day, Stuccio believes it’s about getting back to the basics — back to what he and FringeArts are good at. “We know the festival business as well as anybody,” he observes. “So now we’re going to do more festivals, with new festival platforms. It’s just what we know well — and also, people know us as an organization that makes great festivals.”

Published as “Feeling Festive” in the March 2019 issue of Philadelphia magazine.