The 23 Best Events in Philly in November

From Michelle Obama to Hall & Oates to Charlie and the Chocolate Factory, here are the month’s hot tickets. 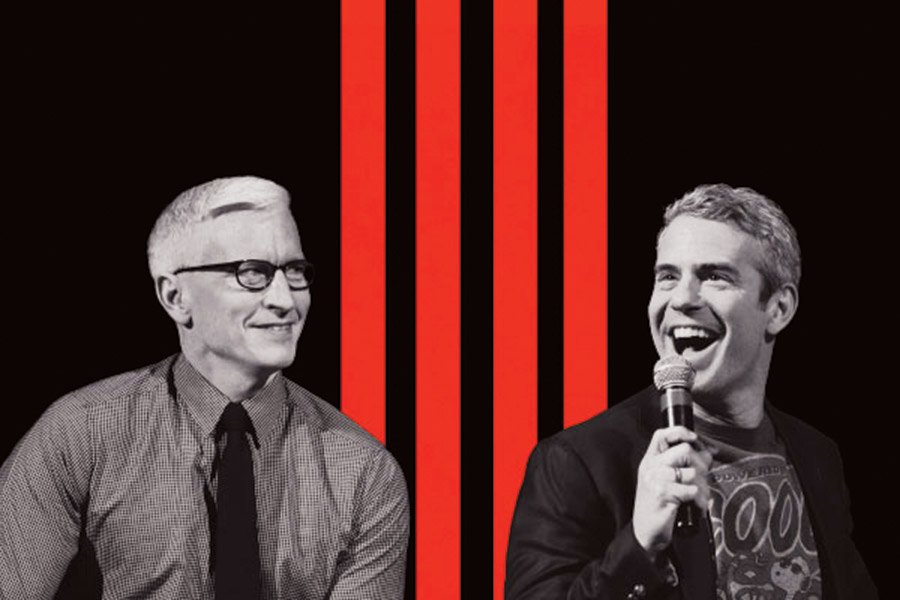 Joyce DiDonato
She’s won two Grammys and remains one of the world’s most celebrated opera singers. See for yourself when she performs with the Philadelphia Orchestra. November 8th through 10th at the Kimmel Center.

Emanuel Ax
The Juilliard-trained pianist joins Yannick and friends for Brahms’s stirring Piano Concerto No. 2. Also on the bill: a new work from composer Stacey Brown, who was added after the Orchestra was criticized for its lack of works by women. November 29th through December 1st at the Kimmel Center.

Anderson Cooper
Accompanied by Bravo TV personality Andy Cohen (the guy you can thank for Real Housewives), for a night that’s billed as “unscripted and uncensored.” November 3rd at the Academy of Music.

Michelle Obama
One of the most beloved (or bemoaned) women ever to have worn the First Lady crown is coming to rally the troops — well, and to promote her new memoir, Becoming. Tickets top out at $2,000, which I hope includes a soft pretzel. November 29th at the Wells Fargo Center.

Bob Weir & Wolf Bros.
What would Grateful Dead tunes sound like played by a trio? That’s what the band’s legendary guitarist and songwriter decided to find out when he formed this three-man group. November 13th at the Fillmore.

John Legend
So much more interesting after Jesus Christ Superstar. November 23rd at the Borgata.

Thom Yorke
A few months after Radiohead dazzled the Wells Fargo Center in two sold-out nights, the band’s front man comes to Philly with a new audio-visual spectacle in the kickoff for his 19-show tour. November 23rd at North Seventh (a.k.a. the old Electric Factory).

A Doll’s House, Part 2
Earlier this year, the Arden staged Ibsen’s classic play A Doll’s House, and now they’re back with this new sequel (of sorts) that envisions what happens when Ibsen’s errant protagonist, Nora, returns to her family after 15 years. Through December 9th at the Arden.

Every Brilliant Thing
Local theater great Scott Greer returns with his moving one-man show that sold out its last Philly run. November 8th through December 16th at the Arden.

Hawthornes Great Harvest Cider and Beer Fest
The South Philly restaurant hosts a big block party featuring bands, food trucks and lotsa beer, but all we really care about is the old-school pie-eating contest. November 3rd on 11th Street from Fitzwater to Catharine.

Sasheer Zamata
You could go see Michelle Obama at the Wells Fargo Center, or you could just go see the insanely funny woman who has played her (and Beyoncé) on Saturday Night Live. November 15th through 17th at Punch Line.

Kevin Hart
One of about a billion stops on the hometown hero’s “Irresponsible” tour. November 24th at the Wells Fargo Center.

Charlie and the Chocolate Factory
If you’re not excited by the Roald Dahl tale coming to the stage, you’re just dead inside. November 6th through 18th at the Academy of Music.

Charlotte’s Web
The Arden is reprising this children’s-theater favorite. My kids saw it there in 2011 — and they want to go back. Now that’s saying something. November 28th through January 27th at the Arden.

Published as “The Hit List” in the November 2018 issue of Philadelphia magazine.