REVIEW: Do You Want a Cookie? Lingers Too Long at the Dessert Table

The Bearded Ladies’ show can be seen as a microcosm of the best and worst of Fringe. 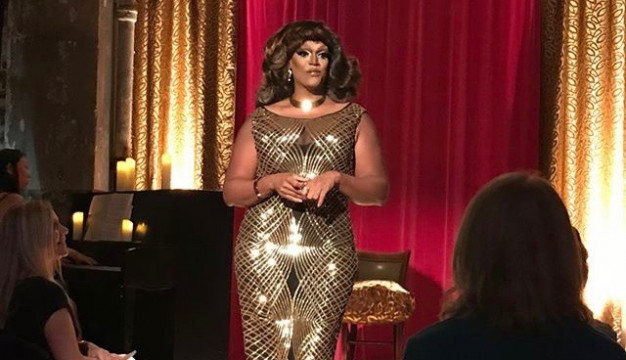 The official start-date for the 2018 Philadelphia Fringe Festival is listed on their website as September 6, but a few shows had early previews that allowed press attendees. On Tuesday, September 4, I attended one such—the premiere of Do You Want a Cookie?, the Bearded Ladies’ loving tribute to the art of cabaret, devised largely by performance artist John Jarboe and dramaturg Sally Ollove.

Cookie is likely to be a centerpiece this year. For me, the “preview” designation is spot-on—although the show had few if any obvious glitches, it sets a tone consistent with what the Festival has always delivered. In fact, I’d say Cookiecan be seen as a microcosm of the best and worst of Fringe.

Good news first. There’s a wonderful anticipatory energy in the repurposed warehouse building, tricked out here as a party space. (A general tip to Fringe attendees: plan your trip in advance. Some of the most atmospheric venues aren’t easy to find, or are located in areas not well served by public transportation.) The sex-positive, gender-fluid pride—often a hallmark of Fringe shows—is warm and celebratory. Jarboe himself is a charming host.

After a few remarks and a couple of songs (the excellent band is led by longtime Bearded Ladies collaborator, Heath Allen; Jarboe sings exceptionally well, as always), we are led in groups to makeshift mini-venues around the building, in which we see individual artists who approach cabaret in different ways. This represents the best of the evening, not least because the intimacy and one-on-one interaction is so natural to this form.

I especially enjoyed diseuse Cookie Diorio, a towering presence with a fabulous voice, who turned Dreamgirls’ over-familiar anthem, “I Am Changing” into something personal and special. Mary Tuomanen, always delightfully impish, offered an indescribable pastiche of song (some of it in excellent French!) and dark comedy. Dieter Rita Scholl, a Berlin-based artist, brought welcome authenticity to “Lili Marleen,” probably the most famous of all European cabaret songs.

Taken together, the acts make the good point that cabaret is a diverse array of styles, from European political manifestos to droll macabre sketch comedy, to something closer to nightclub glamour. Well, fair enough—all of that material and more fits into the largest definition. 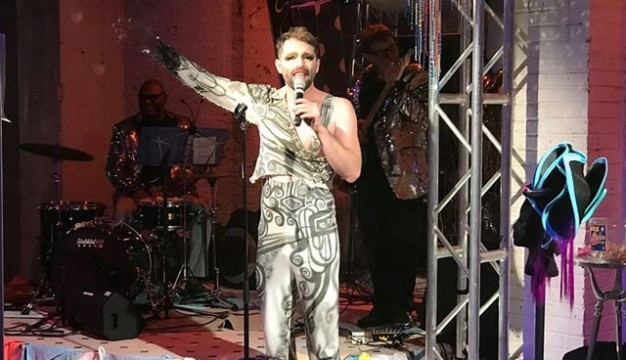 John Jarboe in Do You Want a Cookie? at Philadelphia Fringe 2018.

But cabaret also needs a more rigorous frame than it gets here. Jarboe is an immensely appealing performer, perhaps too much so—the gentle persona he cultivates, constantly reassuring the audience that whatever they’re feeling is OK, is antithetical to much of cabaret, which traffics in a jagged, angry fierceness.

Cookie is marketed as having an almost scholarly vision about cabaret as a multi-faceted art form, but I find little here that supports or illuminates that; more of the show suggests that “cabaret” means whatever the hell you want it to mean. Frankly, many of the songs presented here are far from top-drawer, which is frustrating given how much great material exists, from composers and lyricist ranging from Weill and Brecht, to Cole Porter, to Lieber and Stoller.

And yet, Cookie is also a lot to take in—too much, really—and your sense of the show is likely to change depending on the sequences you see. I wish I’d skipped the self-indulgent Jess Conda and instead followed Bridge Markland’s salute to the fabulously interesting dance-diseuse, Valeska Gert, a hugely influential figure on German Kabarett in the 1920s and beyond. (So yes… there is a sense of history in Cookie, but its spotty.)

Less here would be more. Two and a half hours later when the show is nearly over, the audience is led outside to dance in the streets. In another telling metaphor for Fringe, what should be a spontaneous expression of joy instead feels bleary and over-choreographed.

There’s a lot to like in Do You Want a Cookie?, but even the good parts wear out their welcome. When you were a child, there was  probably at least one occasion when your mom cautioned you not to wolf down an entire box of cookies, saying that you’d enjoy it more if you ate just one or two. It turns out Mom was right.