Two TedX speakers infuriated by Donald Trump’s remark about immigration want to showcase work from international artists this fall. Here’s why they want to do it in Philly. 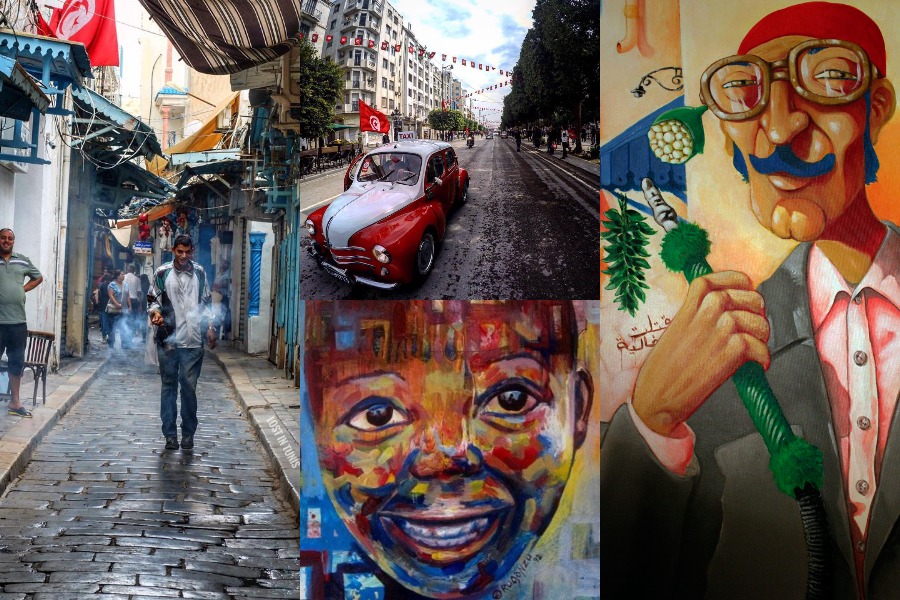 “Shithole” art is on its way to Philly.

This September, two TEDx speakers, travelers and ambitious entrepreneurs plan to host a one-day-only art show full of treasures from creatives who live in places that, as you may recall, President Donald Trump reportedly described as “shitholes countries” in January.

“Shitholes The Exhibit: A One-Day Art Gallery in Philadelphia” is the brainchild of 2009 Penn State graduate Steve Garguilo and French-Tunisian business strategist Fatène Ben-Hamza. Garguilo and Ben-Hamza, who met at a 2013 TEDx conference in Berlin, said they’re tired of verbal attacks against countries that some see primarily as migration frontiers. January’s “shithole” remark was the last straw, they said.

“Instead of complaining privately about it, we thought, ‘Let’s do something about it,’” Garguilo, who is currently living in Ciudad Juarez, Mexico, said over video chat. “This was our answer to that.”

Now, the duo is raising money via Kickstarter to hold an event that will showcase the work of artists from at least 15 “shithole” countries, including Haiti, Mauritius, Mexico, Morocco, Tanzania, Tunisia, Kenya and Uganda. Plus, they want to display pieces from Philly artists.

If all goes as planned, “Shitholes The Exhibit” will be held in Philly on September 28th. It will feature between 50 and 60 works of art from 15 to 20 international artists. Garguilo and Ben-Hamza say the featured art will be experiential and feature different types of media — like sculpture, paintings, performances, photography, and video.

“Nothing is off the table,” Garguilo said. “I don’t want to give too much away, but there may be experiences where people are sitting down and interacting with someone. As opposed to a passive experience, it will be more of an active experience.” 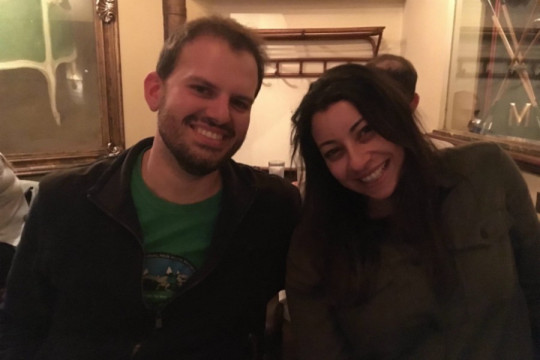 Garguilo and Ben-Hamza have yet to settle on an event venue — but they say they’re speaking with the owners of several art galleries in Philly. Either way, it’s important to them that the event be held in this city.

“Originally, our thinking was that we wanted to do it somewhere in the U.S., and we were thinking about the biggest options, like New York and L.A.,” Garguilo said. “We thought that those cities always get to experience these kinds of things, so we wanted to do something different.

“Philly is symbolic for a lot of reasons. It’s the City of Brotherly Love, the first capital of the U.S. and the only UNESCO World Heritage City in the U.S. So we decided, let’s pick Philadelphia.”

Currently, the pair expect to present the “shithole” exhibit on one day only. Ben-Hamza said the short window will allow them to “bring more focus to the exhibition.”

Confirmed artists currently include: Mwangi Kirubi, a photographer from Kenya; mixed media and environmental artist Ruganzu Bruno, from Uganda; illustrator Salim Zerrouki and illustrator/painter Seif Eddine Nechi, both from Tunisia; as well as Mourad Ben Cheikh, a Tunisian director whose work is pictured above.

Makena's Hills is where the film 'I Dreamt of Africa' was shot. It has six enormous private tents sitting at the heart of Laikipia Nature Conservancy, a place blessed with breathtaking views of the Rift Valley, wildlife and 400 bird species. #DestinationLaikipia #MakenasHill #TembeaKenya #MagicalKenya #LaikipiaCounty #Laikipia

The “Shitholes The Exhibit” Kickstarer will remain open until April 11th. Those who donate will receive T-shirts, postcards, custom art pieces and more, depending how much they offer.

Garguilo and Ben-Hamza are accepting submissions for the show through May 31st. To submit your work (they plan to showcase Philly artists as well), visit the website for Le Chapeau Project, an organization that the duo created in 2018 in hope of bringing one-day galleries (like this one) to cities around the world.

“Le Chapeau Project means hats off [chapeau is hat in French] to things that we find interesting and compelling in the world of arts,” Garguilo said. “Our intention is that we will organize different types of art projects all around the world.

“For us, it’s important to make sure that this event feels genuinely Philly, as much as this is about bringing in artists from outside. For anyone from Philadelphia who wants to get involved with us, we’re very open and we would welcome perspectives with open arms.”