Step into the Rage Cage

A North Philly salvage company invites you to smash their things for a reasonable fee. 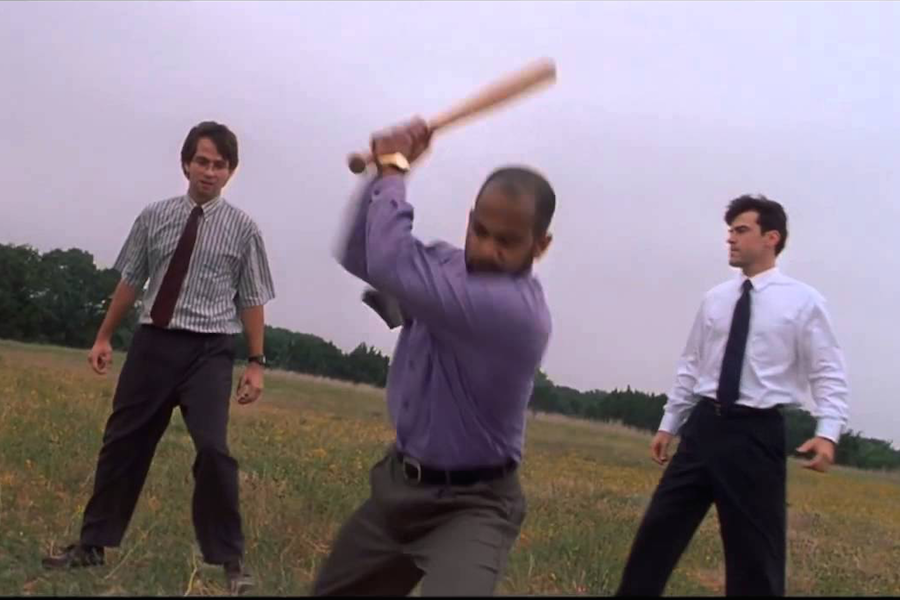 This is from Office Space. In the actual Rage Cage you’ll be wearing protective gear while you smash things. You can still listen to the Geto Boys, though.

Unlike those axe-throwing places, where they only let you throw axes at specific things, Thunderbird Salvage seems okay with a little wild destruction. In fact, they believe in the power of therapeutic smashing. Or, at least, they believe in your right to believe in it.

Citing this old Philly Mag article on “anger rooms” as inspiration, the North Philly salvage company has decided to erect a Rage Cage and invite the citizens of Hostile City over for a little semi-controlled mayhem.

Thunderbird has plenty of stuff for you to smash, but you’re welcome to bring hateworthy personal items into the cage with you.* They provide you with the proper protection (helmets, goggles, face shields, gloves, safety suit, whatever you need) (BYO boots), some giant speakers to blare your go-crazy music, and a dazzling array of zombie-apocalypse approved weapons:

The prices are pretty cheap:

Plus, they promise to hug you when it’s over.

* What would I smash? Thank you for asking. I have a refrigerator that sounds like a mac truck. I can’t really smash it because I’m a renter and it’s not mine. But. But, when it comes on, I can’t even watch TV. I can hear it from my bedroom. I can hear it on the sidewalk outside my apartment. It makes me angry. I get headaches. I woke up today covered in blood and feathers. I don’t know what’s going on.