The 1996 Philly film was a breakthrough in queer black cinema. 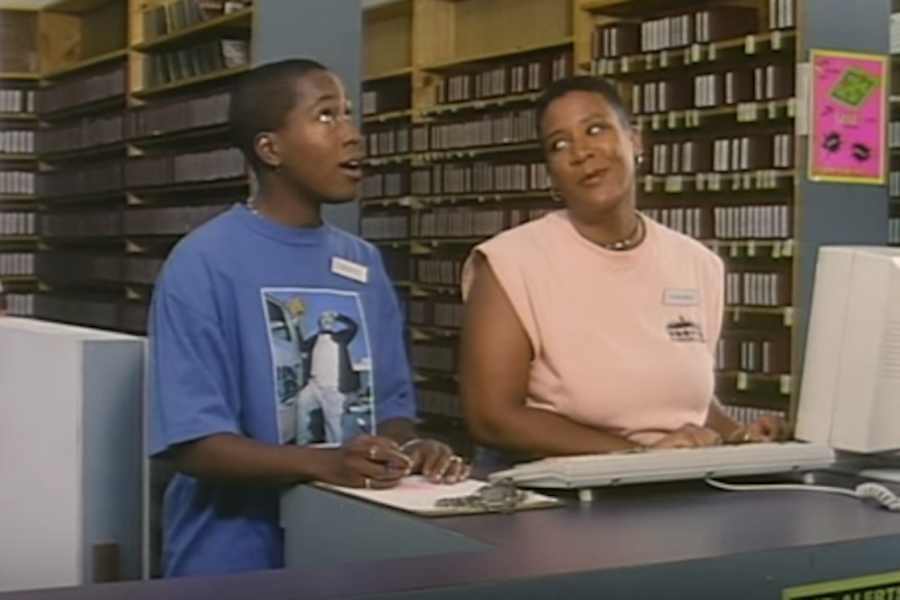 Cheryl Dunye was working at TLA Video at Fourth and South when she shot The Watermelon Woman.

Released in 1996, Cheryl Dunye’s The Watermelon Woman — which screens at Lightbox Film Center on Wednesday — was a milestone of independent filmmaking: It was the “first feature-length narrative film written and directed by out black lesbian about black lesbians.” Here we are 22 years later and, well, black lesbian cinema isn’t exactly booming. Perhaps with the industry’s current overtures toward increased representation, this will change, but the pace is glacial. Of course, Dunye’s film didn’t need the industry.

Shot in a faux documentary style, The Watermelon Woman stars Dunye as a video store clerk who becomes obsessed with identifying an uncredited black actress she notices in films from the 1930s and 1940s. The film is very Philly, with scenes set at TLA Video, a cameo by Camille Paglia, etc. It also stars Guinevere Turner (as Cheryl’s love interest), who later wrote American Psycho and other screenplays. Dunye, meanwhile, has gone on to direct several more films and is currently a professor at San Francisco State University’s School of Cinema.

“I think [the film] lives on for that reason, because people still don’t know what a black queer person looks like, unless it’s a farcical, drag queeny, commercial way,” Dunye told the L.A. Times in 2016. “That’s not all that we are. We’re a varied, beautiful ‘rainbow’ of identities.”