The actor and artistic director talks about the Barrymore Awards, and upcoming performances of Sondheim’s Company. 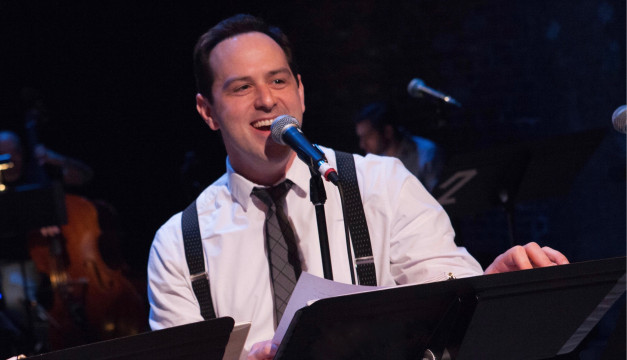 Last month, 11th Hour Theatre Company scored big at Philadelphia’s Barrymores, taking the award in five categories, including Outstanding Production of a Musical, Outstanding Direction of a Musical, and Outstanding Ensemble in a Musical. It was major recognition of this now 13-year-old company that focuses on musical theater, and has evolved to be a nationally-recognized platform for new works, as well as some more familiar material. Each season includes a fully-staged production, as well as a some semi-staged concert performances. 11th Hour is notable for the high caliber of talent, often including young artists just making their mark on the professional scene.

In a phone conversation with Michael O’Brien, 11th Hour’s Producing Artistic Director and Co-Founder, and also a terrific singing actor, we talked about the rise of the company, as well as their upcoming concert performances of Stephen Sondheim’s Company, a 1970 show now regarded as an iconic musical that helped reinvent the genre.

So, Michael—how did you feel about all the Barrymore love?
What a wonderful cap to last season! I was especially happy to see the recognition for Kate Galvin, who has been such an integral part of our company history for the last 13 years. This was the greatest send-off she could have had. (Ed. note: Galvin recently moved to Bloomington, Indiana, to become Artistic Director of Cardinal Stage Company.)

One of the innovative things about 11th Hour is your combination of full productions with semi-staged concert evenings. How did you figure this out?
One major factor about musical theater is how expensive it is to produce. A season of full-scale productions would be spreading ourselves too thin. This is a way to produce year-round in a fiscally responsible way.

And how do your audiences feel about it?

Originally, we saw the concert evenings as a kind of tryout for things we would later produce—but the response was that the concerts themselves are a full theatrical experience. Well, if that’s the case, we realized the concerts could become an avenue of their own.  Audience love them because they can imagine the spectacle, while at the same time focusing specifically on the storytelling. It’s given us the freedom to take risks, focus on material we couldn’t do before.

Speaking of that, Company is not 11th Hour’s first Sondheim… but it’s the first of his legendary collaborations with Harold Prince, yes?

Yes, exactly—also, the first of our concert stagings that I’ve been involved in as a performer. I’m very excited about this one as my first foray into Sondheim, who is… well, you know. He was at the center of my interest in musical theater as a student. I knew Company when I was at NYU, and I sang “Being Alive.” Even then, I thought not only was it an amazing song, but also that there’s so much meat here. It’s about real communication, real relationships. This is how people actually speak.

So why is the time right?
Well, I’ve always wanted to do it, and Matt Decker (the director) agreed. We joked that we’d be aging out of it soon, so let’s do it now.

What’s special about the show?
It’s very much of its time, with archetypes that feel very 1970s, and sense of New York that is so specific. Matt felt strongly that it needs to be a period piece, that we not bring it into a contemporary world. But the core of Company is timeless. Hitting your 35th birthday, and wondering—am I going to be alone? That’s the heart of the show.

That brings us to the central role of Bobby, one of musical theater’s truly ambiguous characters. How do you feel about playing him?

In a lot of ways, I think our lives are very different—I’m married, we have a child—but I can relate to him. I lived in New York, I have friends who are very like him. Being tied down is scary to them. But really, he’s most afraid of being alone. That’s what resonates most with me. He’s navigating his way through his world, but as free as it seems, at the end of the day there’s a need to share it. Meaningful connections—I think he struggles with that, as so many people do.

11th Hour’s focus is modern and contemporary work. Do you ever think about going way back in time to earlier musicals?

Sure, we’ve thought about it. We would want to do it in a way that’s new and unique to us. But there’s certainly interest—Guys & Dolls, Man of La Mancha…

And what is officially coming up?

Our mainstage production in May and June 2018 is Big Red Sun, a world premiere musical by John Jiler and Georgia Stitt. We also commissioned a new work by Jake Blouch and Jesse Bernstein for 2019—that’s about baseball and the civil war, and will involve bluegrass. We’ve got a lot ahead!

11th Hour’s Next Step Concert series has performances of Company on December 1-3. For more information, visit the website.