Besides the vegan, asexual, headline-grabbing stuff. 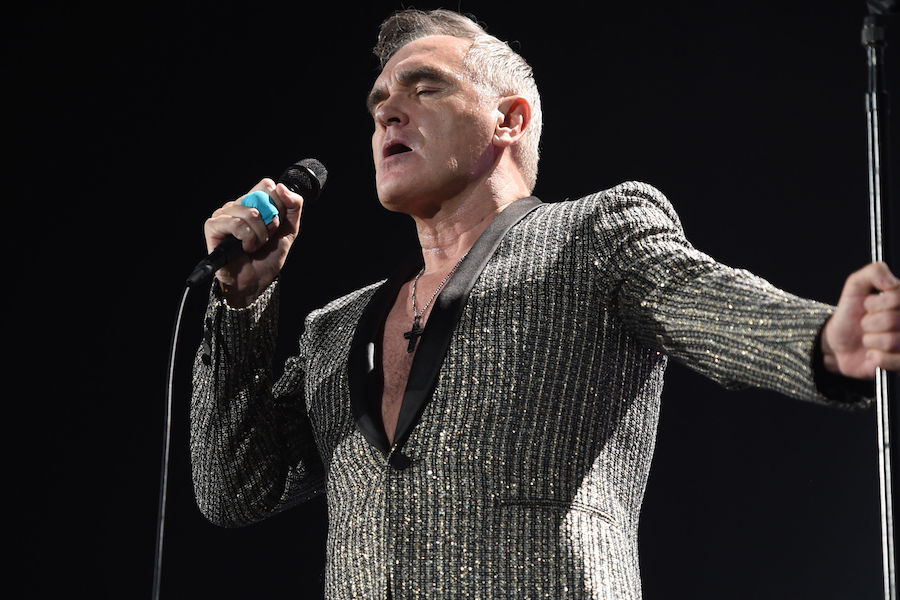 That jacket looks like it would chafe. (Juan Carlos Equihua)

[UPDATE: Since writing this piece I learned about a recent interview in which Morrissey said some really disgusting things downplaying the experiences of sexual abuse and harassment victims. Then he said he was misquoted. Then he made it worse.]

Morrissey fans know what you’re going to say. They know the jokes. They’ve endured the high school scorn and the Muppet-ish impressions and the endless loop of headlines about their idol canceling this show, giving that disastrous interview. They know he’s prohibitively vegan. He’s asexual. He’s said some really offensive things. They know. They’ve heard it all before. Still, they’re in it for the long haul.

About 15 years ago or so, I saw Morrissey at the Tower (when the show didn’t sell out, extra tickets were floating around for press). The performance was fine — he strutted and sweated like Elvis — but it was the crowd that made the biggest impression on me. I’d been friends with Smiths/Morrissey fans for years, but I didn’t really get it till I saw it.

Singing along and dancing in the aisles — that’s standard-issue devotion.

These people were lining up to invade their idol’s personal space like baptismal candidates. Every few minutes, it seemed, somebody was jumping up onstage for a quick hug with the singer, a gesture toward the crowd that indicated “I just touched him,” and a gentle manhandling exit stage right.

The Tower is not the Troc, with its tall stage and optional security barriers. Like society, a show at the regal old Tower depends on a certain decorum. There are agents of security, but order hinges upon a gentleman’s agreement, if you’ll pardon the term, and on this night the gentlemen agreed it was okay to rush the stage mid-song, mid most songs.

I recognized at least one of the interlopers, the gentle giant ex of an old college friend who, had he wished to, could have hugged Morrissey to death. I knew a lot of Morrissey fans in college. If you didn’t, you went to business school.

Freshman year, that guy’s future gf/future ex had a roommate we’ll call S, also a Morrissey fan of the highest caliber. S’s most prized possession on this earth was the maraca she’d wrested free from the hands of some lesser fan when a Morrissey show at the Trocadero in the early ’90s turned to chaos. According to legend, S and everybody else whose heart was true rushed the stage to procure scraps of their hero and while the man himself escaped, the maraca and other items were left to be plundered. And that’s where S got her maraca; she ripped it free from the hands of a stranger who didn’t know what he was up against.

The maraca and that stranger would meet again, when he — one of several of us hanging out in S’s freshman year dorm room — spotted the thing on the floor among the tangle of clothes and such. “Where did you get that maraca?” he asked. S and the stranger each recounted their legendary battle at the Troc. Their stories aligned.

If you’re hoping this is a love story, where two old foes who once battled over a plastic pod full of beans later unite in passion for Morrissey, well I’m sorry. The only love in the room that day was between S and her maraca, and she was ready for round two if that’s what it took.

It didn’t. They parted without incident but eyeing each other like cats in carriers. I haven’t seen S in years, but I know she’s still got that maraca in her nightstand.

If there’s a point here, it’s that Morrissey fans are tough. They’ve had years in the trenches, headphones on their ears, eyeliner running, blood under their nails.