At the UniverSoul Circus, the Audience Is Part of the Show

With Ringling Brothers gone, the UniverSoul Circus is the last surviving link to the old-school circus tradition. But it’s anything but old-school. 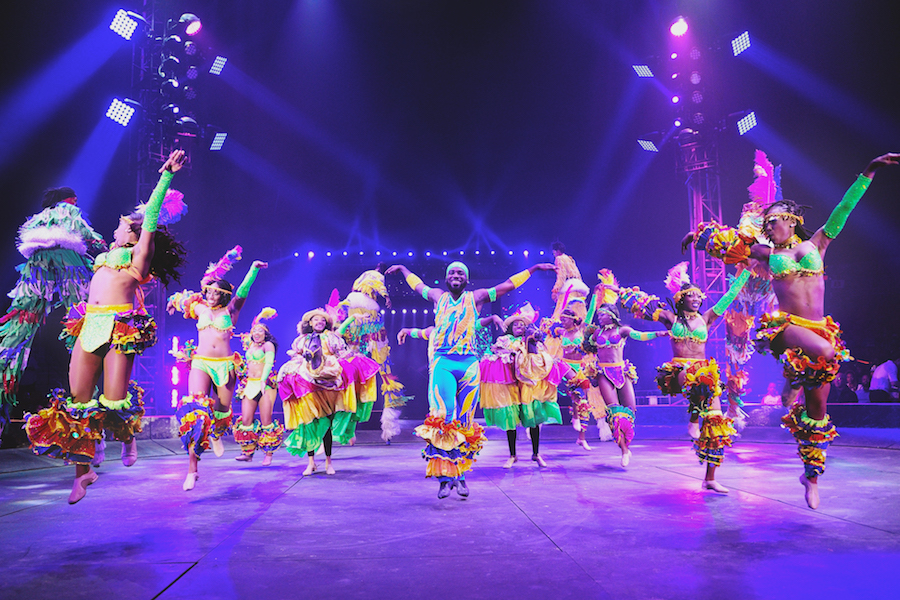 That pretty much sums up what makes the UniverSoul Circus different from any other circus you’ve been to. You’ll find that legend emblazoned on the T-shirts and tote bags the circus sells at the merchandise shop on your way in and out of the big top in West Fairmount Park.

Since the Ringling Bros. and Barnum & Bailey Circus folded its tents, the 24-year-old UniverSoul is the one surviving link to the old-school circus tradition now touring nationwide. But it’s old school with several twists.

One of them is alluded to in that phrase above. The UniverSoul Circus is at the same time global and deeply rooted in African-American traditions. When did the ringmaster at “The Greatest Show on Earth” ever do a call-and-response with the audience? Or lead everyone in a blessing at the end?

That audience involvement sets this show apart from other circuses too. It takes numerous forms, like the “Soul Train” dance competition my date volunteered me for, or the “Making the Band” routine, where a fellow who communicates solely via a whistle gets four random people to come into the ring and mimic the crazy dance moves he makes. And then there’s the between-acts bit in the second half when they bring out the enormous beach balls and set them in motion among the — well, by then, it’s really not accurate to call it an audience. Fellow performers is more like it. The engagement between the cast and the audience raises the energy level of the UniverSoul to heights not normally reached in a traditional circus.

Performers from 30 countries around the world have appeared in the circus since its debut in 1994, with a special emphasis on the Southern Hemisphere and the Caribbean. That fellow with the whistle — I learned from the show’s publicity that his name is Sfiso — hails from South Africa, for instance. So does Lucky the ringmaster. And this year’s edition opens with a colorful spectacle featuring stiltwalkers, dancers and limbo performers from Trinidad and Tobago. My companion, whose family comes from Trinidad, ate this up, as did I.

The performance features a host of traditional circus acts, including acrobats showing off their balance on a “Wheel of Death,” contortionists from West Africa with bodies so flexible they’ll astonish your yoga instructor, slapstick clowns, and motocross daredevils. 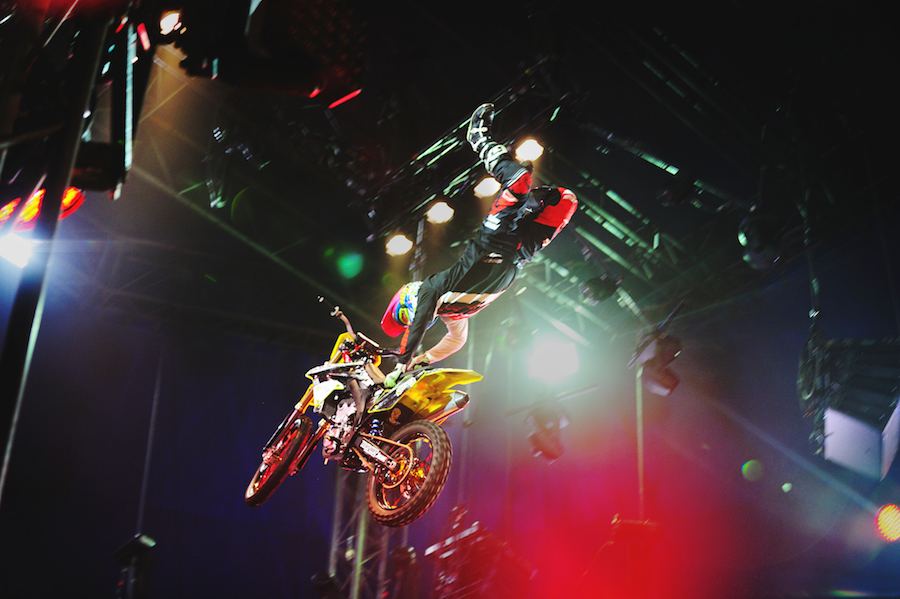 The Flatout Freestyle motocross daredevils end the first act with a roar.

And trained animals — zebras, camels, horses, ponies and an elephant, to the delight of the children and the dismay of the animal-rights activists.

But even these traditions get an injection of new jack soul. For instance, the show’s featured clowns, the Detroit-based Fresh the Clownsss, dispense with the red noses, big shoes and oversized pantomime in favor of Technicolor braids, baseball jerseys and languid, fluid moves. And they too find audience members to incorporate into their act.

If you decide to check this circus out, be prepared to make some noise. Not only do the ringleaders encourage it, the contests are judged based on audience response.

The intimate scale of the UniverSoul circus tent makes all this possible. Everyone gets up close and personal with all the action in this space, and that in turn fuels all the interactivity. If you aren’t troubled by the animal acts, and you’d like to experience an old-fashioned circus with a multicultural flavor, you should experience this show full of soul. There’s more fun in UniverSoul’s one ring than there ever was in Ringling Brothers’ three.