Movies: 8 Films Coming This Week to a Screen Near You

Starring Zappa, Talking Heads, a woman who thinks she’s a dog and more. 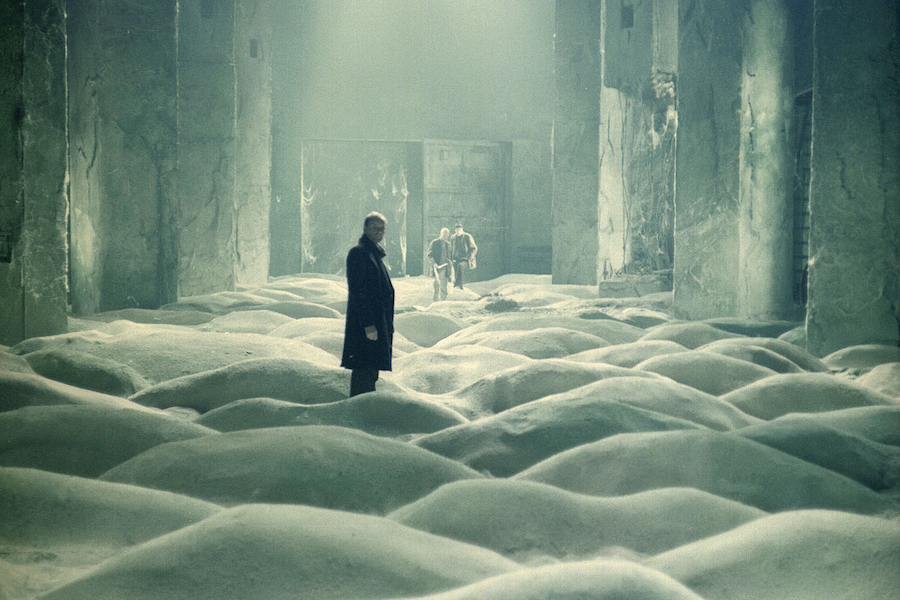 Stalker @ Ambler Theater | Thursday, November 16
Andrei Tarkovsky’s 1979 film tells the story of three who wander through the Russian wilderness and into the Zone, where “the laws of time and space no longer apply.” The Wikipedia page about Stalker is quite thorough. Tarkovsky is probably best known for Solaris (1972), another head-trippy sci-fi classic. Both films were recently restored and re-released.

Stop Making Sense @ Princeton Garden Theatre | Thursday, November 16
WPRB DJ Jon Solomon introduces Jonathan Demme’s concert film/doc about the Talking Heads’ three shows in Hollywood in 1983. At the time, the group was promoting Speaking in Tongues, and the film features favorites from that album (“Burning Down the House,” “Girlfriend Is Better”) and others (“Psycho Killer,” “Once in a Lifetime”).

Summer ’82: When Zappa Came To Sicily @ PhilaMOCA | Friday, November 17
A new documentary about avant garde music legend Frank Zappa and the infamous show he played in Italy in 1982, featuring concert/behind the scenes footage. Dweezil Zappa will be there for a meet and greet. The 7:30 screening is sold out but the 10:30’s still got tickets left.

INAATE/SE/ @ Lightbox Film Center | Friday, November 17
Adam Khalil and Zack Khalil’s film transforms an ancient story from their Ojibway heritage about the first time indigenous people in North America met Europeans. It’s part documentary, part something else. The trailer looks pretty psychedelic. Stick around for a Q&A with the filmmakers after the screening.

Bitch @ PhilaMOCA | Sunday & Monday, November 19 & 20
Scottish director Marianna Palka wrote, directed and stars in this feminist satire about an overworked, underappreciated wife and mother who starts taking on the characteristics of a dog. It’s based on a true story. Not kidding.

Nails @ PhilaMOCA | Sunday & Monday, November 19 & 20
An Irish horror film about a woman who wakes up from an accident paralyzed and haunted by a supernatural presence. Directed by Dennis Bartok, stars Shauna Macdonald (The Descent).

Atomic Blonde @ the Troc | Monday, November 20
Charlize Theron stars in this Cold War action/spy movie released earlier this year. Directed by David Leitch — a stuntman-turned-auteur whose IMDB page says he’s the uncredited (?!) co-director of John Wick — Atomic Blonde looked like it was aiming to start a franchise, but it didn’t wasn’t a runaway box office hit, so who knows.