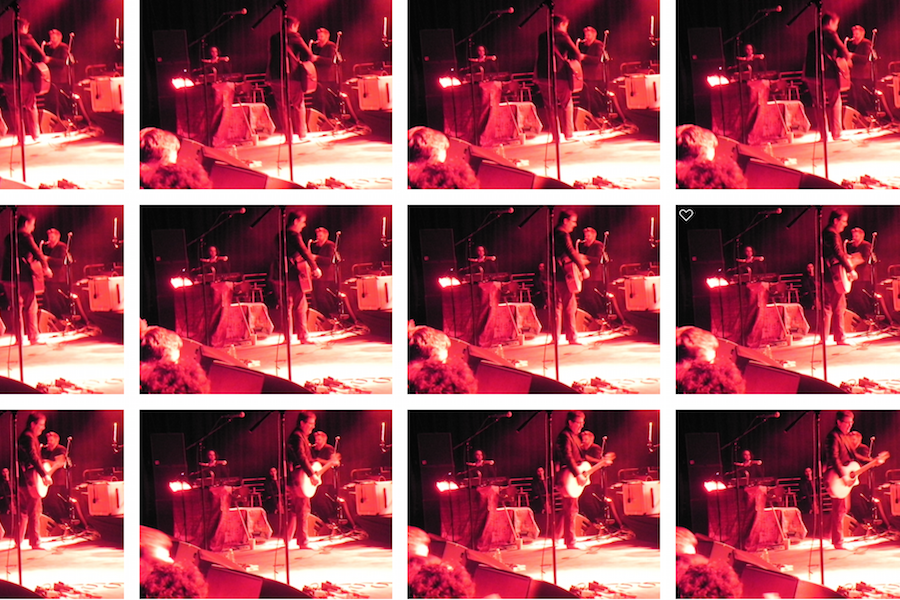 Maybe if I tile these Mountain Goats photos nobody will notice how blurry they are. (Patrick Rapa)

A two-in-one concert review is basically an invitation to connect dots with abandon, to make constellations out of chaos and justify lumping these artists together. And since I assigned myself this piece, I can hardly blame the stars.
Honestly, Regina Spektor and the Mountain Goats have little in common.

Well, except their humanity, I suppose. Their humane-ness. Both have a penchant for writing lyrics that look for love and loss in small gestures, worlds revealed in details like sand under a microscope.

With Spektor, you hear it best in her love story songs. “Ballad” doesn’t seem like quite the right word for these numbers, though it might technically apply. Spektor doesn’t cover “I Will Always Love You,” but the finitude of love is explored in “Us” and “Samson,” two slow, swooning crowd favorites that a long view of history. She played both for an enthusiastic crowd at the Queen in Wilmington on Friday. 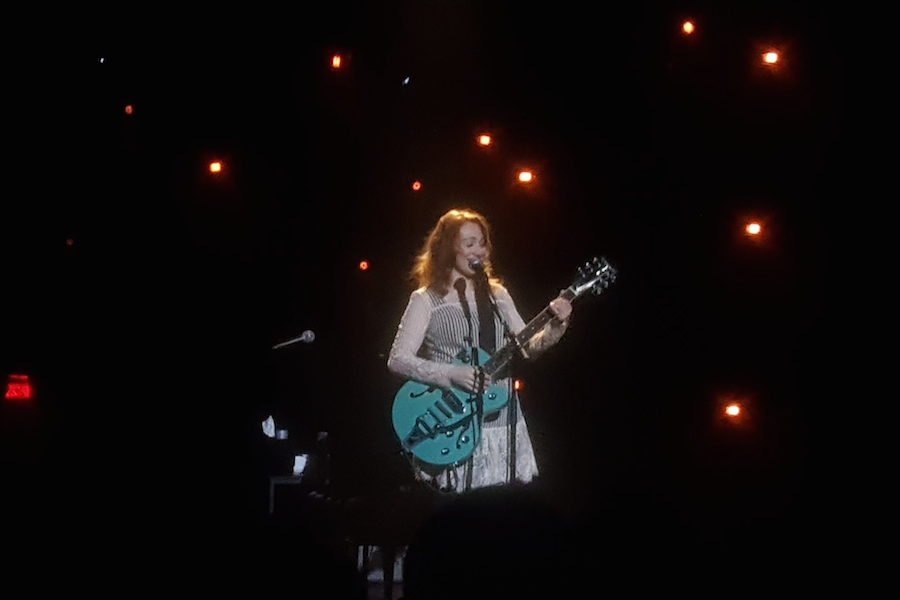 In “Us,” once revered ancestors shrug while their statues rust and their legacies are clucked at by ungrateful progeny.

All night, fans called for “Samson,” despite Spektor imploring they trust the set list, one stacked with old favorites and whimsical rarities — the off-speed, off-kilter stuff she seldom gets to do when she’s touring with a band.

“Uh-Merica,” which felt like a song of playful protest during the GWB years now aches with disgust. Sweetly goofy songs like “Reginasaurus” and “Loveology” felt like transmogrifications of Spektor’s warm, tipsy stage banter (though if she was drunk on anything it was cold medicine and hot tea).

At the end of the encore, finally, she delivered the song she was always going to play because how could she not?

Though web sleuths will tell you “Samson” is sung from the perspective of Delilah, I never bought into that. I think we’re listening to the long-haired hero’s first girlfriend. Why? Because we know about Delilah.

“The history books forgot about us and the Bible didn’t mention us, not even once” she laments, but she knows where she belongs in the story: “I loved you first.” 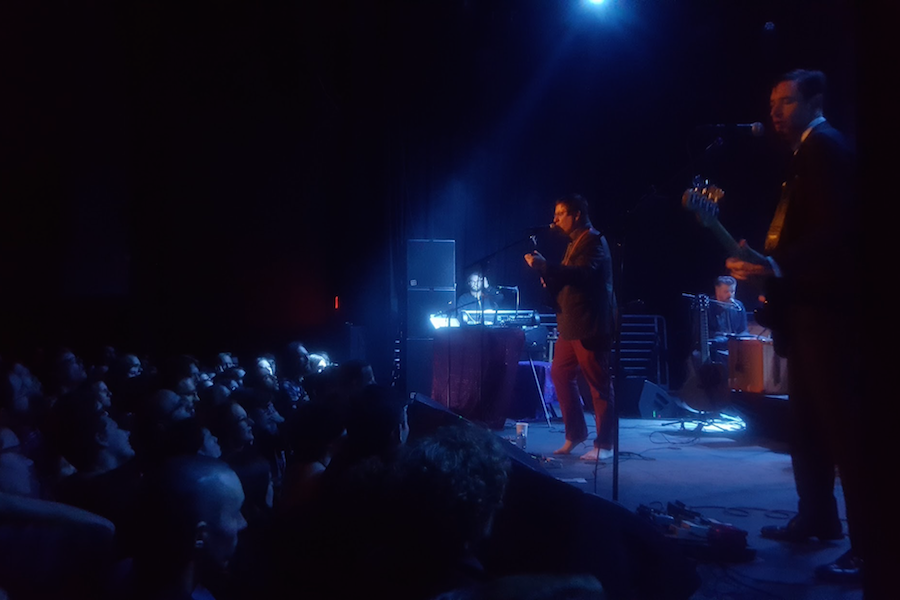 In the music of the Mountain Goats, the humanity (can’t tell if I’m back on that or still on it) is often more plainly expressed. “Amy aka Spent Gladiator 1” — which began the first of two encores Saturday night at Union Transfer — makes some dangerous suggestions for its listeners:

It’s a song about the redemptive power of dragging yourself across the coals, though the chorus comes from the heart: “Just stay alive.” If Internet is right, and this is a song about Amy Winehouse, well that makes sense. Troubled youths, the users and outcasts, often find a place in John Darnielle’s lyrics. Look no further than his latest record, Goths, or his audiences which seem to be growing.

Darnielle thanked the crowd repeatedly for selling out the show months in advance, saying Philly was one of those places where good word-of-mouth helped him get a foothold early on. In the crowd I met a woman who drove in from Columbus, and a Philly guy who doesn’t usually go to shows but made a last-second decision that night. He was lucky enough to find somebody outside with one to sell. “You’ll love it,” the woman told the man. “Get ready. Mountain Goats shows can get kind of cathartic.”

I still feel that way, and I’ve see them play more times than I can count. Seeing Darnielle switch to an electric guitar and shred for a bit, that was a new trick and welcome one. Hearing very old favorite “Chanson Du Bon Chose” during the three-song solo set was a delight. And my soul shivered as he pounded the keys for “Shelved” (off the new record), a low-key masterpiece about sticking to your guns. During “Harlem Roulette,” a woman I couldn’t see in the dark sang along so sweetly, it could’ve been a duet.

And everyone sings along with “No Children,” a righteous anthem of codependency and mutually assured destruction.

But even in these lyrics of hate and self-loathing, you can see the humanity if you squint. Just stay alive.