The new family-friendly live show plays the Kimmel on Sunday. 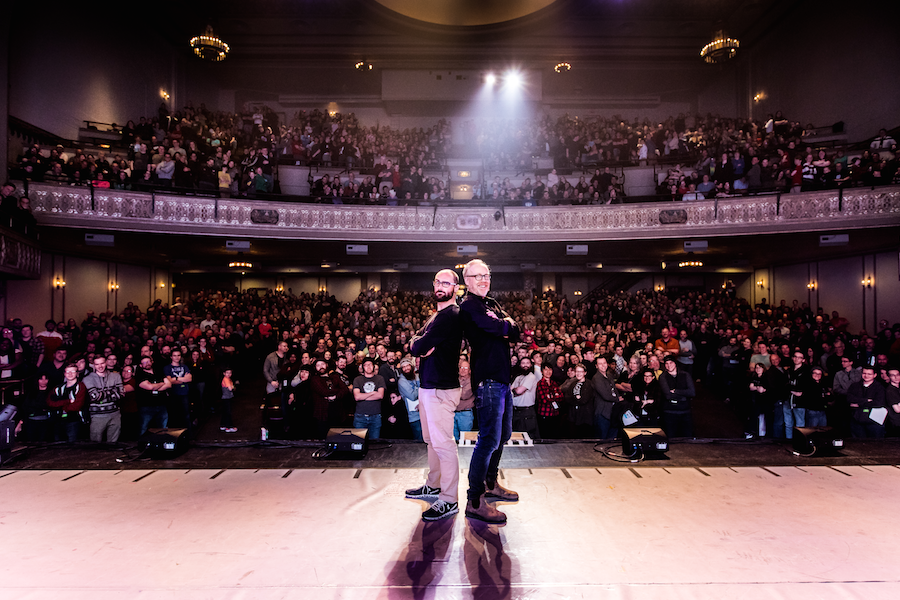 For 14 years I enjoyed the way the Mythbusters on Discovery Channel’s Mythbusters used science and explosives to find the truth and blow stuff up. Hosts Adam Savage and Jamie Hyneman seemed to be having a great time, so I was honestly shocked to hear the two of them are not BFFs. In fact, it sounds like they can’t stand each other.

“Jamie and I make no bones about the fact that we’re not friends,” Savage said in an interview last year, around the time the show was concluding its final season.“We don’t get along very well together on a personal level. In 25 years we’ve known each other, we’ve never had dinner alone together.”

This week Mythbusters re-launches on the Science Channel with new (style-conscious) hosts, and it sounds like they get along swimmingly.

The family friendly “educational stage tour” promises “crazy toys, incredible tools and mind-blowing demonstrations.” It sounds like something Mythbusters fans will appreciate. It also looks like the the two hosts enjoy each other’s compancy. Can’t argue with chemistry.

P.S. This is a different Brain Candy: