Movies: This Week in Strange Screenings 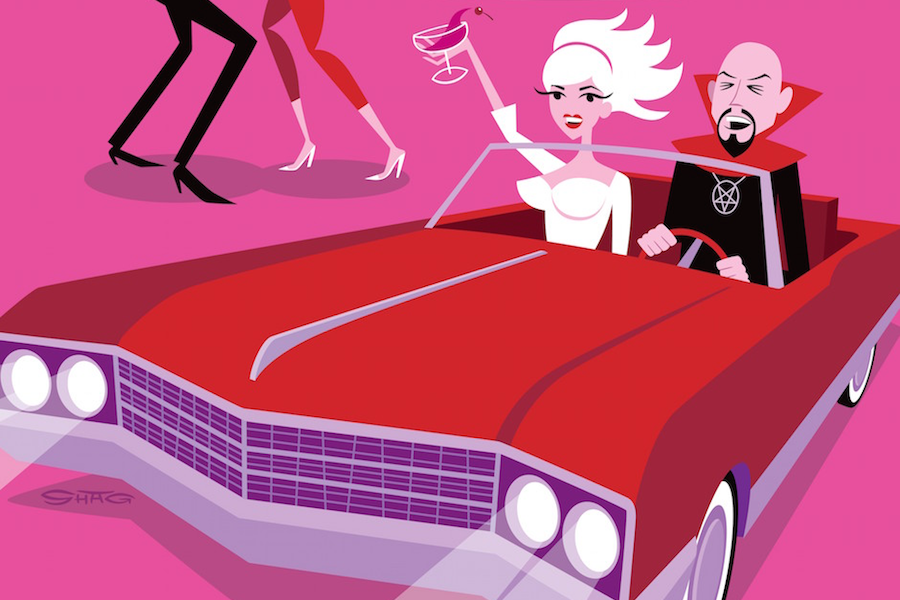 Frizzi 2 Fulci: Live Tribute To The Films Of Lucio Fulci @ Underground Arts | Wednesday, November 1
Okay, I’m getting off to a bad start here because this is technically (i.e. definitely) not a movie screening. It’s movie-adjacent. Musician composer Fabio Frizzi — best known for providing the soundtrack to Lucio Fulci’s Italian horror flicks like Zombi Flesh Eater, The Beyond, Manhattan Baby, City Of The Living Dead, Cat In The Brain and more — will perform some of his cult-hit favorites with a seven-piece orchestra. The NSFW Cat in the Brain trailer contains a cat, yes, but also boobs and blood, so I’m not gonna post it here. Watch it at your own peril here.

Moses and Aaron @ Lightbox Film Center | Thursday, November 2
Remember that part in Exodus where everybody starts singing and dancing? In 1973, directors Jean-Marie Straub and Danièle Huillet took one of the most famous Bible stories and turned it into a “borderline-surreal cinematic opera” based on an unfinished work by Arnold Schoenberg. There’s a little bit of blood and nudity in this trailer, too:

Jawbreaker Documentary Don’t Break Down @ Underground Arts | Thursday, November 2
Nobody summed up the exhilaration and hypocrisy of punk quite like Jawbreaker did with the song “Boxcar”: “You’re not punk, and I’m telling everyone.” The NYC trio were kind of a cult hit during their original run, from 1986-1996, but their legend and influence grew since then. Now they’re back together, so this documentary Don’t Break Down: A Film About Jawbreaker comes just in time to let the kids know what’s up. Tim Irwin and Keith Schieron’s film features concert footage and interviews with Billie Joe Armstrong, Steve Albini, Jessica Hopper and more.

Mansfield 66/67 @ Lightbox Film Center | Friday, November 3
This experimental documentary by David Ebersole and Todd Hughes recounts the last two years of Bryn Mawr-born actress Jayne Mansfield’s life “and the speculation swirling around her untimely death being caused by a curse after her alleged romantic dalliance with Anton LaVey, head of the Church of Satan.”

Japanese Expanded Cinema Project @ Lightbox Film Center | Saturday, November 4
Two programs of works by “seminal artists who experimented with multiple film projections and performance.” Includes Phenomenology of the Zeitgeist by Rikuro Miyai, Hopscotch by Kanesaka Kenji, Dance Party in the Kingdom of Lilliput, No.2 by Takahiko Iimura and many more.

Mutantis @ South Street Cinema | Saturday, November 4
Philadelphia Unnamed Film Festival presents Dire Wit Films’ wild tribute to classic monster movies. “When an unscrupulous scientist drags his stepchildren out into the forest to use them as bait in the hopes of luring out a big foot, not even the team of hillbillies he hired can contain the horror they find.”