The actor and playwright, a mainstay of the Philly theater scene, is now making waves nationally. 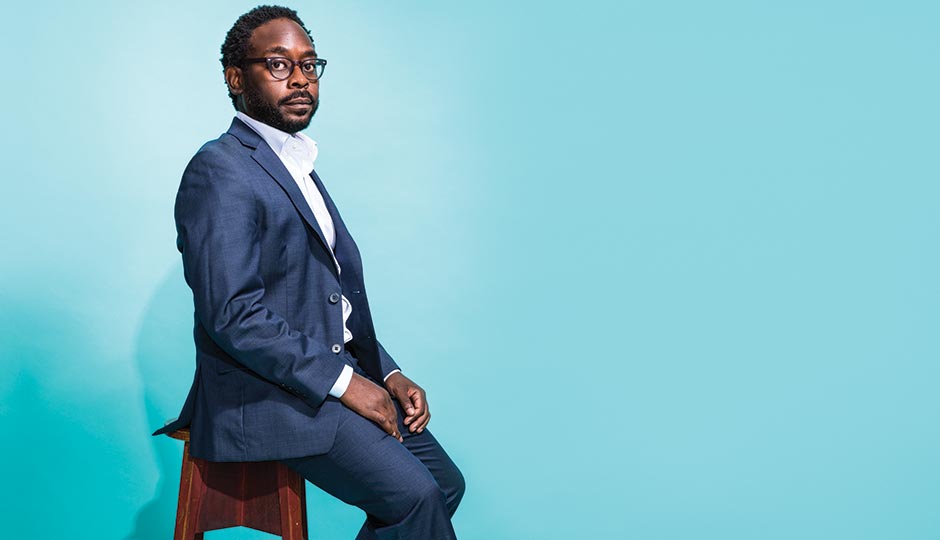 James Ijames (pronounced “like ‘times’ without the ‘t’”) is one of Philly’s most prominent theater people. As an actor, he’s given memorable performances in Angels in America at the Wilma, Superior Donuts at the Arden and many other works. As a playwright, he’s seen his oeuvre — including The Most Spectacularly Lamentable Trial of Miz Martha Washington (a fantasia wherein the now-ancient First Lady imagines her freed slaves will rise up against her) and White (a mischievous comedy with the very serious theme of white appropriation of black culture in the arts) — produced locally and nationally (Washington, D.C., New York and more to come). He’s a three-time Barrymore Award winner (including the F. Otto Haas Award for an Emerging Philadelphia Theatre Artist) and a Pew Fellow for playwriting, and this year won a prestigious Whiting Award for drama.

When did you come to Philly, and what made you stay?
I’m originally from North Carolina. I came to Philly in 2003 for an MFA in acting at Temple. After grad school, I was booking a lot of acting work. I started at Gas & Electric Arts and went on from there.

A lot of work right out of school — you don’t hear that much from actors.
I know, right? One of my fellow students, Kunal Nayyar, is on The Big Bang Theory. We all did really, really well. But I think it’s part of being in Philadelphia — it’s a city full of hybrid artists, doing things at a very high level.

When did you turn to playwriting?
Writing really predates acting — I wrote my first play when I was 13, and it’s always been an important mode of expression for me. In grad school for acting, I kept writing, and I self-produced in the Fringe.

And acting is still part of the picture?
Acting feeds my writing, because as an actor you’re encountering the work of the best playwrights. I’m not trained as a writer — I’ve learned from great writing.

You’ve been a Philly favorite for a while now. What is it like to see your work done nationally?
Really interesting. Miz Martha Washington was produced at Ally Theatre in Washington, and I wasn’t involved in the process. Director, designer, cast — all new. But as soon as I walked in the door and looked at the set, I thought, “Yup — they got it.” It was really validating.

And now you’ve also made the leap to New York.
Yes, Kill Move Paradise was premiered at the National Black Theatre in Harlem. It’s about four unarmed men killed by a policeman, but also set in Elysium, so it’s kind of a fantastical play. I ask for all kinds of stuff — a wave of frozen water, a character suspended by his sternum … and really, I thought nobody could actually do it. But amazingly, in this small space, they did.

Plus, you hit another milestone — a Ben Brantley review in the New York Times!
I know! When I first heard he was coming, I just thought, “Fuck.” Can I say that here? He’s the premier critical voice in the country. But he really liked it.

Did everything change with that review?
Well, the phone kept ringing, for sure. And yes — there are now a lot of exciting things in the pipeline. I can’t talk about all of them yet, but it will be a big couple of years.

Kind of a tough cultural climate for theater today?
Whoa! I started writing for the public during the Obama years, and I was lulled into a sense of “Isn’t it great!” Now I feel my responsibility is larger, more serious. Not that I can’t be funny — it’s an emotional opening. But theater is even more necessary. It’s one of the few places left where we can have a shared experience. A play is a gesture to build community — it starts small, but wherever it’s seen, the circles of community keep expanding.