Friday: On Your Marc with Double Dare’s Marc Summers 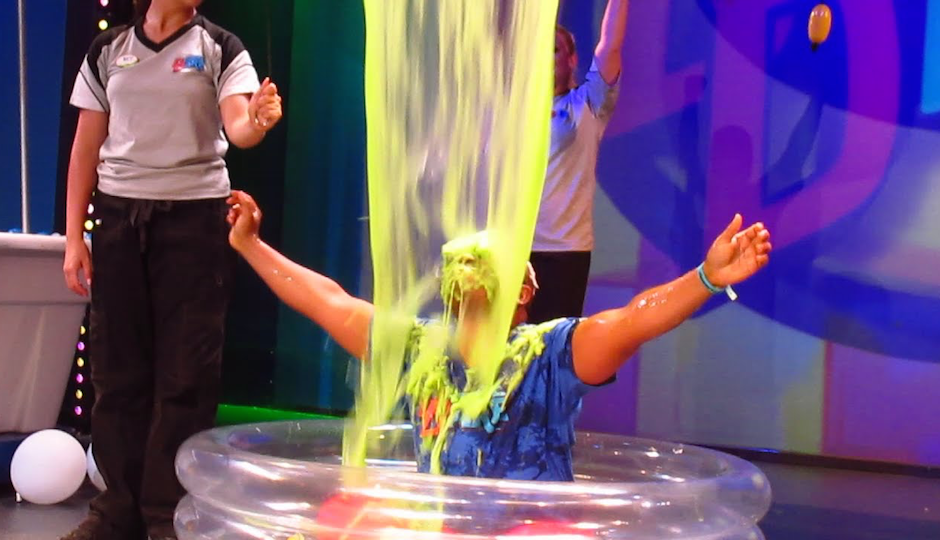 Everybody wanted to be slimed back then. (youtube.com)

In the late ’80s and early ’90s, every kid knew who Marc Summers was. These days he’s a friendly Food Network personality, but back in the day, he was the friendly host of Double Dare — the Nickelodeon game show that had contestants wading through oatmeal and sticking their hands up giant noses in search of that elusive orange flag.

For viewers of a certain age, it was the grossest, most hilarious thing on TV. How we dreamed of being the kid in the goggles and helmet sliding into the giant sundae or sitting in the giant bowl of spaghetti, trying to catch the gravy-covered nerf meatballs. Every episode ended with an obstacle course full of whipped cream, chocolate sauce, slime and every other disgusting thing.

It didn’t come out till years later that Summers — now based in Philly part time — had been suffering from obsessive compulsive disorder the whole time. So why’d he keep going? It was good TV.

The new documentary On Your Marc — premiering at the Troc on Friday — tells Summers’ insane, oddly inspiring personal obstacle course, from the Double Dare days to prepping his one-man-show on OCD, to the car accident, the cancer and everything else. It’s a wild ride. Here’s the trailer:

In addition to the movie, Summers will be leading Double Dare-style physical challenges for audience members. It could get messy.