By I'm a scraper
Theater

David Hertzberg’s opera is dramatically pretentious, musically gorgeous, and very much An Event. 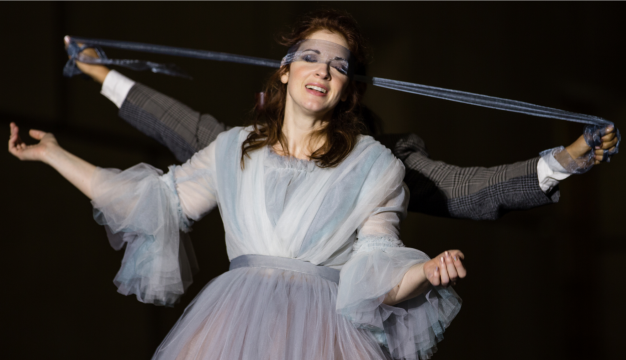 Maeve Höglund in The Wake World at the O Festival. (Photo by Dominic M. Mercier)

A tragic realization hit me as I waited for the start of David Hertzberg’s dense, maddening, but also sometimes breathtakingly lovely opera, The Wake World: I am neither as fabulous nor as intelligent as I like to think I am.

Standing in the spectacular Barnes Foundation, clutching my notepad and surrounded by hipsters of all ages who had come from near and far to take part in what was truly An Event, I felt like a rube. I stared at the long, Project Runway-style catwalk where the opera was to be staged, and fantasized that Heidi Klum would tap me on the shoulder, her eyes filled with pity, and say, “You’re out.”

Meanwhile, I’d been reading the text, trying to make heads-or-tails of lines like this:

The bog behind this stooping brow
Hath its measurements congealéd.
Tremors of the aspirated name
Writheth therein, besides the worms.

Wake World is a fairy tale riff based on Alastair Crowley, awash in metaphysical hoopla, but follow-able, at least to a point. There’s a young woman (Lola) and a Fairy Prince (apparently, that’s his name—Fairy Prince) and there are rituals and tests that involve various rooms and colors, which signify… well, something.

Having seen it, my best advice is don’t worry about Wake World‘s story. Instead, luxuriate in Hertzberg’s often gorgeous music. Like the libretto, the score has an over-the-top quality that looks both back and forward.  It’s unmistakably contemporary, yet recalls by turns the saturated lushness of Debussy especially, but also Richard Strauss, and (in the final apotheosis) Tristan und Isolde.

The work makes considerable demands on its orchestra (superbly led here by conductor Elizabeth Braden), and almost unimaginable ones on its cast. Hats off to all of them, particularly Rihab Chaieb as the Prince, and Maeve Höglund in a true theatrical and vocal tour-de-force as Lola. Production director R. B. Schlather makes exceptionally imaginative use of the Barnes space and even its audience—this is site-specific theater as it should be.

O17 continues through September 25, but Wake World was the last new show to open. Of course, I had my favorites, and I didn’t love everything in the festival. But in every way, this was a Herculean effort by Opera Philadelphia, and it succeeded beyond any reasonable expectations. My greatest admiration to the people who made it happen—their work will long be remembered as a high point in Philadelphia’s ongoing cultural renaissance. 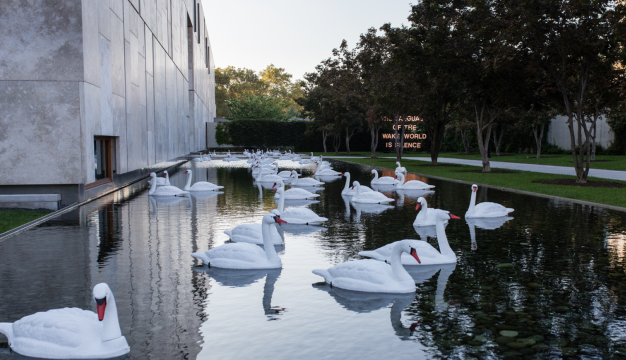