Vintage visions of the apocalypse from TLC, Naughty by Nature and more. 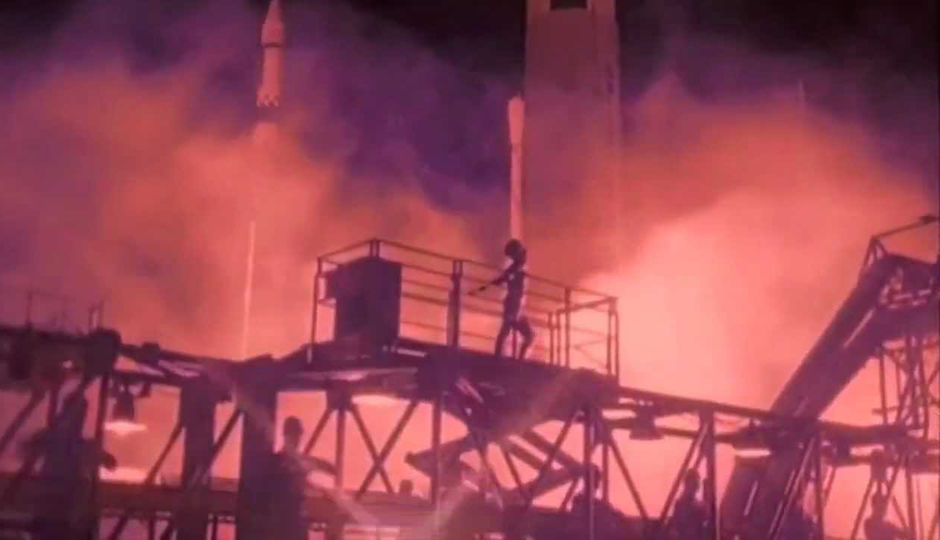 Sponsored by VH1, the I Love the ’90s Tour (at BB&T Pavilion, Friday, September 1) promises an upbeat nostalgia trip for oldheads of a certain age: TLC, Naughty by Nature, Mark McGrath, Montell Jordan, C+C Music Factory and Snap! (exclamation point theirs). Chances are you’ll be too busy dancing to think about the strange, sometimes grim futures their songs and videos predicted:

TLC, “Waterfalls”
Apocalypse type: waterworld
Old society doomed by: delusion
New society defined by: stupid men, raised sea levels
Sample lyric: “The system’s got you victim to your own mind. / Dreams are hopeless aspirations in hopes of coming true.”
Notes: While the verses lay out the ways in which young men lead themselves astray — drugs, disease, disobeying God — the chorus affirms that the root of all the problems is dreaming. Man, you are not destined for good things, TLC insists, and your search for happiness is going to get you killed. In the video, T-Boz, Chilli and Left Eye (rest in rock) implore us to slow down, even as the flood waters rise around them. Our hubris, it seems, has melted the polar icecaps.

C&C Music Factory, “Make You Sweat (Everybody Dance Now)”
Apocalypse type: dystopian, totalitarian
Old society doomed by: lack of dancing?
New society defined by: government-ordered dancing
Sample lyric: “On my command now hit the dance floor. / It’s gonna make you sweat till you bleed. / Is that dope enough? Indeed. / I paid the price, I control the dice.”
Notes: As the Earth in general crumbles and decays, small pockets of civilization survive in well-lit domes ruled by feudal lords like ruthless despot/turtle-necked rapper Freedom Williams, who forces his starved, half-naked subjects to dance until their pores gush blood. One wonders if the beat will stop long enough for some shirtless janitorial crew to come out and clear away the bodies of those who’ve collapsed from exhaustion and dehydration.

Snap!, “Rhythm is a Dancer”
Apocalypse type: dystopian, possible cult
Old society doomed by: pollution, false idols
New society defined by: meaningless doublespeak, government-ordered dancing
Sample lyric: “Rhythm is a dancer. / It’s a soul’s companion. / You can feel it everywhere. / Lift your hands and voices. / Free your mind and join us.”
Notes: The dream of Janet Jackson’s Rhythm Nation Manifesto of 1814 becomes a nightmare in Snap!’s visionary video. Brainwashed dancers gesticulate wildly from their scaffolding nests and repeat the meaningless mantra that gives the song its title. Soon their leader arrives, a Ving Rhames-ish rapper named Turbo B. He starts off pleasantly enough (and even says “please”), but ends up sounding as vicious and insane as the aforementioned Freedom Williams in the next dome over: “If the groove don’t get you the rifle’s gonna. I’m serious as cancer when I say rhythm is a dancer.”

Naughty by Nature, “O.P.P.”
Apocalypse type: amoral dystopia/utopia
Old society doomed by: unkeepable promises of fidelity, breakdown of social norms
New society defined by: NSA sex
Sample lyric: “Who’s down with O.P.P.? / All the homies.”
Notes: The mood in the Club Cheatin’ commune is jubilant even though there’s no heat, and some dude’s sitting at a piano pretending to play what is obviously a Jackson 5 sample. Why’s everybody so happy? Because it’s a post-guilt society. Marriage and commitment have long since been discarded in favor of rampant partner-switching. The inherent naughtiness of human nature has been embraced.