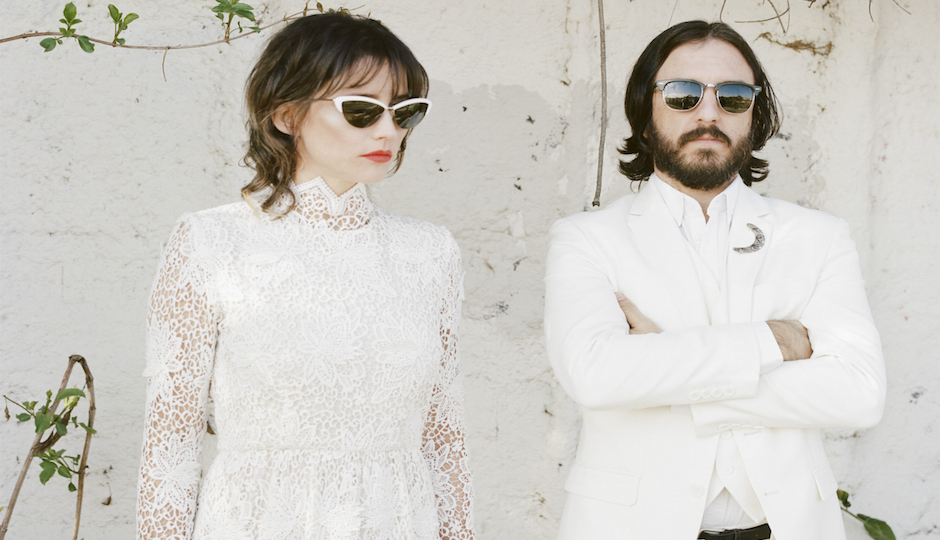 In the Valley Below plays Boot & Saddle on Wednesday.

In the Valley Below @ Boot & Saddle | Wednesday, August 16
This California duo first made an impression a couple years ago with “Peaches,” a synthy pop song and a video that would’ve fit nicely between Debbie Gibson and Roxette on VH1 Classics. But In The Valley Below got serious on their Elephant EP, released in July, which was inspired by the shooting death of unarmed teen Michael Brown in Ferguson, Missouri. This song, featuring Michigan gospel choir Majestic Praise, is lovely and passionate and nothing like “Peaches.”

Rita Fishbone @ Everybody Hits | Wednesday, August 16
I like everything I’ve heard from this young indie rock trio from Jersey. Their four-song Spilt Milk EP, released last year, is gritty, jangly, punky and lo-fi, with spontaneous moments of dissonance. Frontwoman Anastasia Lasky sings about tough subjects (rape, gender, eating disorders) in a somber, cutting deadpan. Rita Fishbone do down and droney just fine, but I especially like them when they get loud:

Amir Obe @ The Trocadero | Wednesday, August 16
In the MySpace era, Detroit rapper Amir Obe — under the name Phreshy Duzit —turned some heads for his D.I.Y. attitude and freestyle rhymes. After that came the usual major label headaches and disappointments, but he never stopped making music. Amir Obe (somehow only 27) is currently signed to Def Jam. This video’s NSFW and feels like a horror film.

Jimmy Buffett @ BB&T Pavilion | Thursday, August 17
According to Forbes, Jimmy Buffett’s net worth is $550 million. On Amazon, you can get 48 pre-filled salt shakers for $26.87. That’s 56 cents per salt shaker. So, Buffett could, if he wanted to, purchase 982,142,857 salt shakers instead of going out there every night and whining about the one he lost a million years ago. Plus slugs would hate him.

Mark Lanegan Band @ Underground Arts | Thursday, August 17
Bassy singer/guitarist Mark Lanegan has been a Screaming Tree and a Queen of the Stone Age, and collaborated with everybody from Nirvana to Isobel Campbell to Warpaint. (Write a memoir, dude.) His most recent solo record Gargoyle, was released in May.

In the Presence of Wolves @ Bourbon & Branch | Friday, August 18
This prog-metal band from Philly released an EP called Of Two Minds, Stages 1-2: The Ape And The Cage in June. It’s really intense. But I guess you don’t get into prog-metal to chill out.

Queen Ifrica @ The Foundry | Saturday, August 19
The veteran reggae singer from Jamaica released her second album, Climb, in March. If you want to know more, ask her granny.

Allison Weiss @ Boot & Saddle | Tuesday, August 22
This L.A. singer-songwriter makes lovely, simple indie pop songs. I still like this video a lot. (P.S. Get to the show on time to see Anomie and Augusta Koch from Cayetana.)