65 fantastic novels, biographies, memoirs and more for your summer reading list. Because no one has time for a bad book. 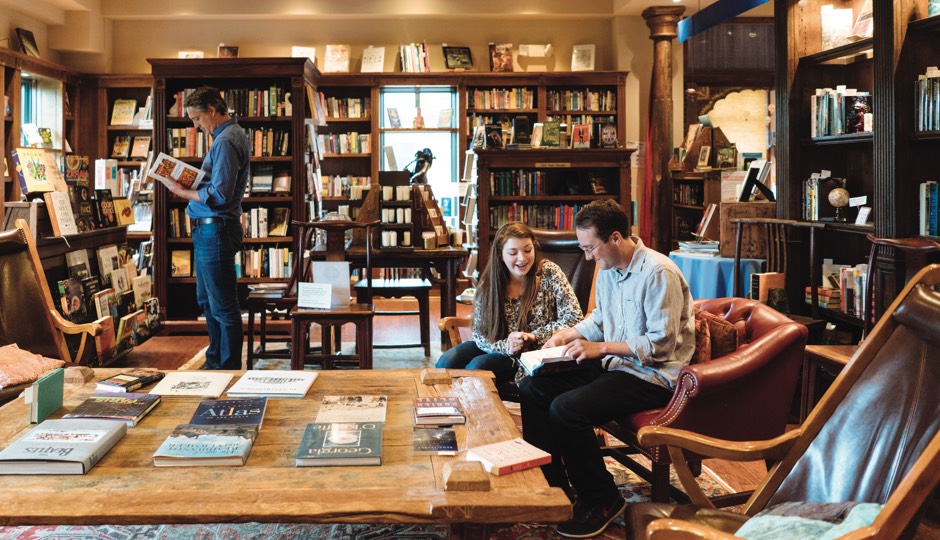 From Histories to Mysteries: In Which We Ask the Owners of Our Favorite Bookshops a Lot of Annoying Questions About What to Read

When people say, “I just want a great beach read,” I often suggest … “The Rosie Project, by Graeme Simsion. The title character is charming and quirky, and it’s a fun story.”

Our top-selling book of 2017 is … “Who is Barack Obama?, by Roberta Edwards. It’s part of a series of biographies for kids. Following close behind, 100 Things to Do in Philadelphia Before You Die, by Irene Levy Baker, and Idaho, a terrific debut novel by Emily Ruskovich.”

A great vacation biography is … “Ron Chernow’s Alexander Hamilton, the book that inspired the blockbuster musical.” 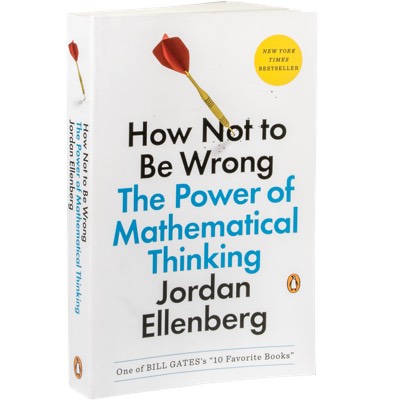 My go-to vacation reads are … “Shantaram, by Gregory David Roberts; Outline, by Rachel Cusk; and We Are Not Ourselves, by Matthew Thomas.”

Our top-selling books of 2017 are … “The Handmaid’s Tale, by Margaret Atwood; The Underground Railroad, by Colson Whitehead; Hillbilly Elegy, by J.D. Vance; and How Not to be Wrong: The Power of Mathematical Thinking, by Jordan Ellenberg.”

Some great nonfiction reads are … “Silent Spring, by Rachel Carson; Collapse: How Societies Choose to Fail or Succeed, by Jared Diamond; Ways of Seeing, by John Berger; Pilgrim at Tinker Creek, by Annie Dillard.” 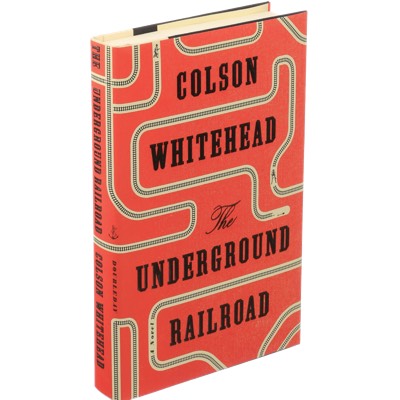 When people say, “I just want a great beach read,” I often suggest … “A Paula Hawkins novel — The Girl on a Train and, recently published, Into the Water. Hawkins writes gripping novels about complex women faced with challenging situations.”

The young-adult book every grown-up should read is … “The Perks of Being a Wallflower, by Stephen Chbosky. He writes about vulnerability in a way that will resonate with adult readers.”

Our top-selling book of 2017 is … “Lilac Girls, by Martha Hall Kelly. It was a hit with our 40-plus-member fiction book club. Word got out.”

My go-to vacation read is… “The Gilda Stories, by Jewelle Gomez. She uses the vampire horror genre to write about the family.”

When people say, “I just want a great beach read,” I often suggest … “Junot Díaz’s This is How You Lose Her. These short stories spike into hard and funny moral knots.”

Our top-selling book of 2017 is … “It’s between Colson Whitehead’s The Underground Railroad and How to Raise a Jewish Dog, by the rabbis of Boca Raton Theological Seminary.”

These Are Our People: 6 Fantastic Books About the Most Respected, Detested and Dynamic Philadelphians 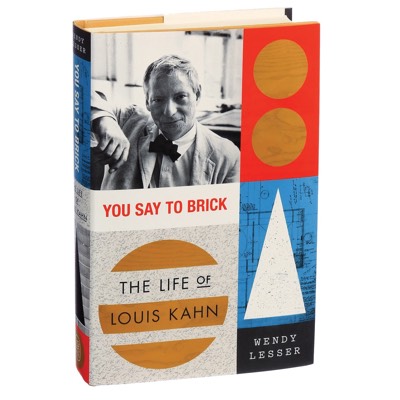 2. You Say to Brick: The Life of Louis Kahn, by Wendy Lesser. A new bio of Philly’s most famous architect.

4. Tasting Freedom: Octavius Catto and the Battle for Equality in Civil War America, by Daniel R. Biddle and Murray Dubin. The life and times (and murder) of Philly’s baseball-playing civil rights pioneer.

5. High Society: The Life of Grace Kelly, by Donald Spoto. Spoto had unprecedented access for this 2009 book.

What Are You Reading This Summer? 12 Interesting Philadelphians Dish 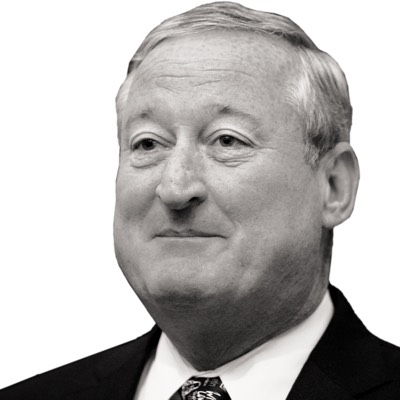 Sara Goldrick-Rab, Temple prof, provocateur: Born to Run, by Bruce Springsteen. “I’m hoping to finish it before I see him in concert for the first time this fall.”

Brock Blomberg, president, Ursinus College: Born to Run, by Bruce Springsteen. “I always find it interesting to learn how artists find their inspiration and what motivates them to take such extraordinary risks.” 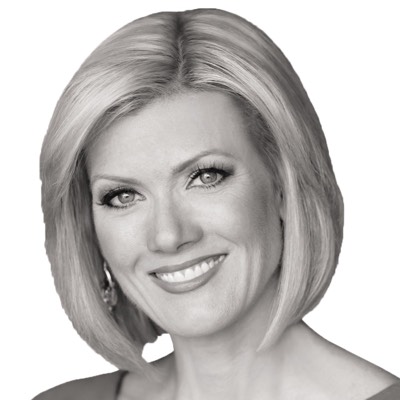 Cecily Tynan, 6 ABC meteorologist and fitness freak: Audition: A Memoir, by Barbara Walters; Marie Curie: A Life, by Susan Quinn; Wild: From Lost to Found on the Pacific Crest Trail, by Cheryl Strayed; One at a Time: A Week in an American Animal Shelter, by Diane Leigh; Lean In, by Sheryl Sandberg.

Allison Vulgamore, president and CEO, the Philadelphia Orchestra: Creative Confidence: Unleashing the Creative Potential Within Us All, by Tom Kelley and David Kelley, and The Food of Morocco, by Paula Wolfert. 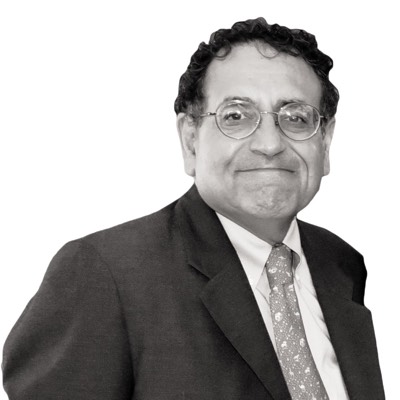 Vik Dewan, president and CEO, the Philadelphia Zoo: “I’m planning to reread Team of Rivals: The Political Genius of Abraham Lincoln, by Doris Kearns Goodwin. And Hop on Pop by Dr. Seuss at Grandparent Reading Day.”

Robert Bynum, restaurateur, jazz aficionado: The Underground Railroad, by Colson Whitehead, and The Color of Law: A Forgotten History of How Our Government Segregated America, by Richard Rothstein. 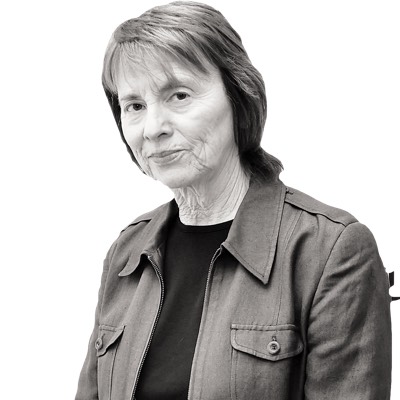 Camille Paglia, writer and social critic: “Herbert C. Kraft’s The Lenape-Delaware Indian Heritage: 10,000 B.C. to A.D. 2000, a lavishly illustrated 670-page book. He was in my view incontrovertibly the greatest scholar of Native American culture in the New Jersey-Pennsylvania region.”

Ajay Raju, Dilworth Paxson CEO and philanthropist: “Not in any particular order: Things Hidden Since the Foundation of the World, by René Girard; Walt Disney: The Triumph of the American Imagination, by Neal Gabler; The Singularity Is Near, by Ray Kurzweil; and Siddhartha, by Hermann Hesse.” 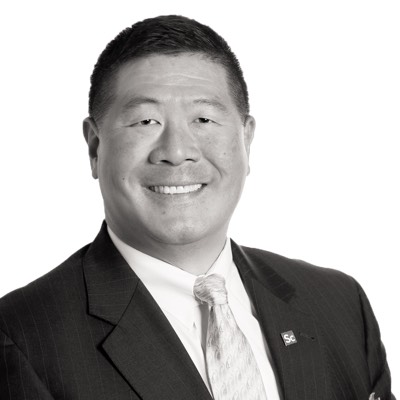 Madeline Bell, president, CHOP: Sapiens: A Brief History of Humankind, by Yuval Noah Harari. “I’m a history enthusiast and a student of human behavior, and this book has equal parts of both.”

Fiction: South Street, by David Bradley. His first book, published in 1975, is gritty and hilarious in its depiction of Philly half a century ago. In Her Shoes, by Jennifer Weiner. The 2002 novel by the feisty, prolific writer. Tumbling, by Diane McKinney-Whetstone. Published in 1996, this is a best-selling first novel about an African-American family in South Philly. Third and Indiana, by Steve Lopez. The longtime Inky columnist’s 1994 debut novel about life in Philly’s Badlands.
Keep Quiet, by Lisa Scottoline. Thirty million (and counting) in print for the prolific Inky columnist/mystery author.

Memoirs: The Removers, by Andrew Meredith. A moving 2014 work by a Northeast Philly corpse retriever. Bossypants, by Tina Fey. The 2011 book by the Upper Darby comedian. Disgruntled, by Asali Solomon. Award-winning Haverford prof’s 2015 tale of celebrating Kwanzaa on the Main Line. Christopher Morley’s Philadelphia, edited by Ken Kalfus. Slice-of-life columns by the 1920s newspaper raconteur. Philadelphia Freedom: Memoir of a Civil Rights Lawyer, by David Kairys. Cornel West called this Temple Law prof “one of the grand long-distance runners in the struggle for justice in America.”

History: Philadelphia Gentlemen: The Making of a National Upper Class, by E. Digby Balzell. Sociological study by the Penn prof who coined “WASP.” The Philadelphia Negro: A Social Study, by W.E.B. DuBois and Elijah Anderson. The 1899 classic of sociological scholarship, with an intro and follow-up by Penn emeritus prof Anderson. A Prayer for the City, by Buzz Bissinger. Life in Ed Rendell’s City Hall. Philadelphia: A 300-Year History, various authors. Dense but defining collection of essays on the city from its founding onward, first published in 1982.