Q&A with Eric Bresler of the Philadelphia Psychotronic Film Society 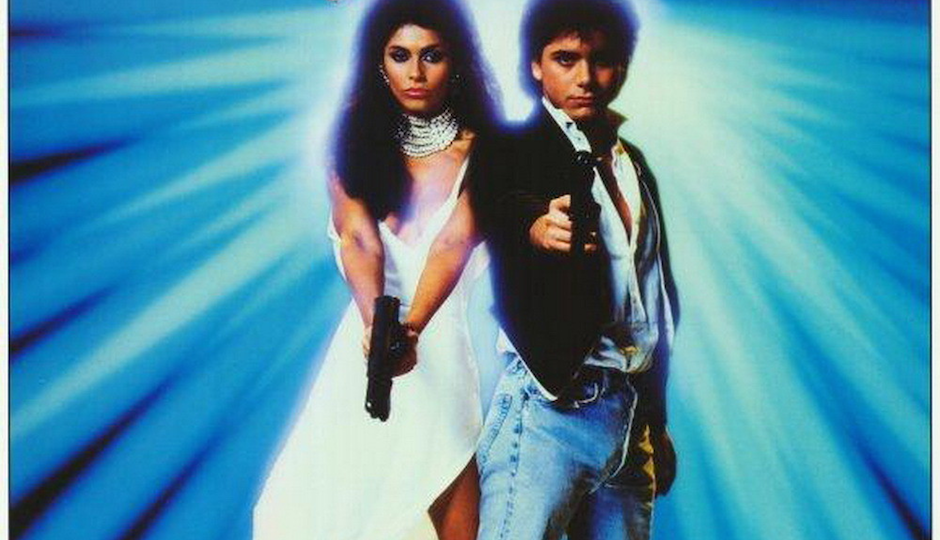 From the poster for Never Too Young To Die (1986) starring Vanity and John Stamos, a past Philadelphia Psychotronic Selection. The lineup for Friday’s Action Movie Marathon is a mystery.

True, “psychotronic” has an easily Googled definition: “a genre of movies, typically with a science fiction, horror, or fantasy theme, that were made on a low budget or poorly received by critics.” But fans of the form might tell you it’s more of a “I know it when I see it” kind of situation.

The Philadelphia outpost of Psychotronic Film Society — there are iterations all over the world — has been operating for about a year, offering free, BYOB screenings of forgotten/forgettable screen gems to a growing fanbase. This Friday’s Action Movie Marathon seemed like a good excuse to talk to PPFS co-founder Eric Bresler, whom you might already know as the director/curator at PhilaMOCA and programmer of the Cinedelphia film fest. Turns out he was in Japan…

Sorry to bother you while you’re in Japan. Vacation?
A late honeymoon. I was married back in September but we had to put it off until now. This is both of our favorite place to visit, right now we’re in a tiny town on the west coast called Sakaiminato, half of the town is centered around this classic manga called Kitaro so there are monster statues and sights everywhere, it’s pretty fun.

What made you want to start a Psychotronic Film Society in Philly?
It was a way to bring together my like-minded movie friends on a regular basis as well as a way to reach out to locals who shared our interests. It can be hard to find others offline who share a love for ’70s exploitation films or bad ’80s action films or the works of outsiders/non-filmmakers, especially in Philly where 99 percent of the film outlets for genre fans are dedicated to widely known movies — Exhumed Films excluded of course. 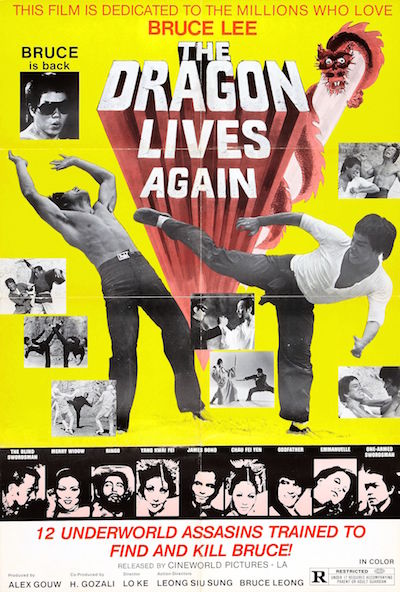 A past PPFS selection.

So the PPFS has definitely provided an outlet for people to not only meet others with a shared interest in cult/genre/obscure cinema, but also a way for them to share their personal favorites. Once you attend three meetings you become an official member and get to choose the film that we watch at a future meeting. So everyone is a programmer and everyone is very supportive of each other.

Has it found its audience?
As of last month we’re 70 official members strong, and next month we’ll be hitting our one-year anniversary. We meet at PhilaMOCA on the second and last Monday of every month and average about 50 people every meeting. So yeah, we’ve definitely developed a community, there is always a core group of about 30 who attend every meeting and that’s always growing. And most of those people I didn’t know a year ago and I now consider friends so it’s definitely a success in my mind.

What are some of your favorite movies the Philadelphia Psychotronic Film Society has screened so far?
My legitimate favorite so far was the wonderfully bizarre 1967 Russian fairytale VIY. My favorite off-the-wall selections were the 1986 John Stamos actioner Never Too Young To Die (featuring Gene Simmons as the “hermaphrodite” villain) and the 1985 French art (?) horror film Devil Story.

I picked the film for our very first meeting, the 1977 martial arts oddity The Dragon Lives Again in which a Bruce Lee lookalike teams up with Popeye in the afterlife to fight villains such as James Bond, Zatoichi and Emmanuelle. That’s about as psychotronic as I can get.

Got a least favorite?
Another one I chose was this forgotten 2008 film called Proud American that was screened in IMAX theaters with certain scenes shot in 70mm. It’s an over-the-top mess of unreal patriotism featuring unbearably sappy stories of good neighbors and immigrants making their dreams come true. It would be unwatchable if it wasn’t for actors such as Mr. Belding from Saved By the Bell and Mike from Breaking Bad, though it’s neither of their finest moments.

The invites often (always?) have a warning that the films may contain extreme violence. Is that a hallmark of a Psychotronic film? Do you think there’s something too extreme to screen?
Psychotronic films run the gamut from talking animals to intense ’70s exploitation so it’s a very wide swathe that we cover, which keeps things interesting. There was a film that was screened late last year without any warning that provoked at least 20 walk-outs and led to a lot of heated discussion amongst the group. And what I learned from that was that not everyone automatically understands the concept of a “psychotronic” film thus I now include that blanket warning for all screenings though programmers do have the opportunity to preface their screening event pages with whatever text they want so they can warn people of extreme subject matter or let people know that what they are showing is fine for everyone.

Can you give any hints about what will be shown at Friday’s Action Movie Marathon?
Expect a lot of machine guns and mullets.