The Know-It-All Guide: The Museum of the American Revolution

George Washington's tent! Your own insider's tour! Three artifacts you need to find! And the only-in-Philly story of how it all came to be. 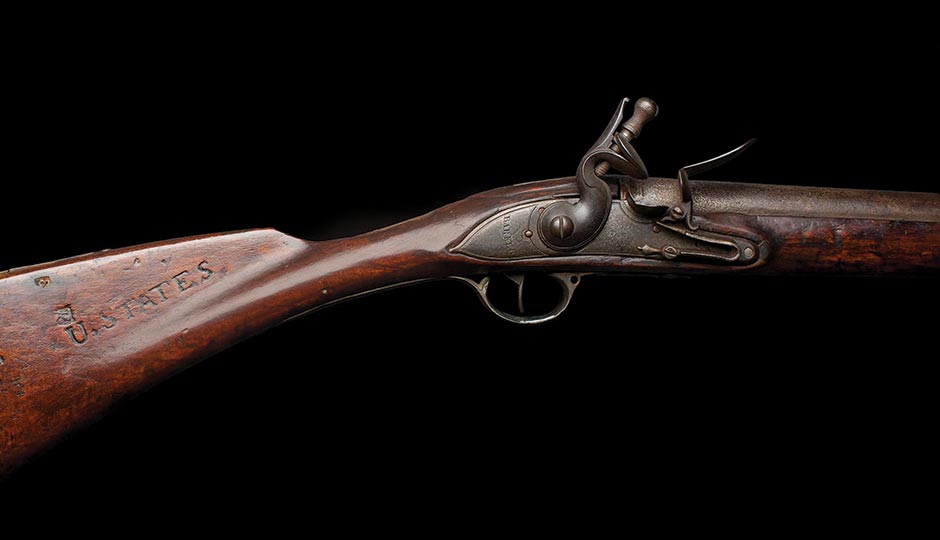 This month, Philly gets some more cultural bragging rights as the Museum of the American Revolution opens its doors at 3rd and Chestnut (grand opening ceremony is Wed., April 19th). Here, everything you need to know (and some things you don’t) about this newly minted landmark.

R. Scott Stephenson, the museum’s VP of collections, exhibitions and programming on what you need to know before you go. 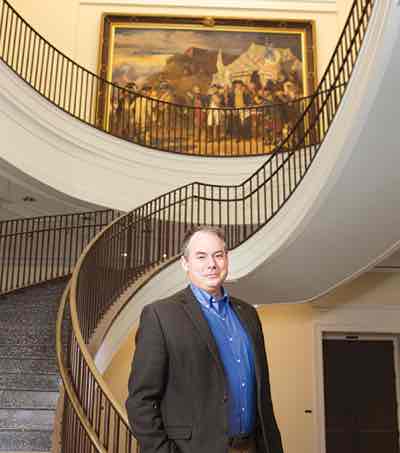 Stephenson in front of the Grand Staircase at the museum. Photo | Dustin Fenstermacher.

This is a history museum that’s not organized chronologically. Why? We tried to make our museum more like a science museum. Science museums engage viewers and ask questions throughout. We start you at a pinnacle moment and go from there, like the scientific method. We present four questions: How did people become revolutionaries? How did the Revolution survive its darkest hour? How revolutionary was the war? And what kind of nation did the revolutionaries create? We want visitors to see that history is a dialogue with the past, not merely a list of facts or a shelf for teacups.

How does that make the Revolutionary War relevant now? We are still living in the American Revolution. Generations of Americans have struggled, and continue to struggle, to ensure that the promise of equality contained in the Declaration of Independence applies to all people.

Where did all the stuff in the museum come from? The bulk of the collection is from the Valley Forge Historical Society, which had artifacts stored in a warehouse in Phoenixville. The rest is from donations, supporters and auctions. When the museum was announced, we got a ton of calls. A father and daughter in Arizona discovered a couple of old diaries at a tag sale. It turns out they were written by a teenager from Connecticut who was in the war. They saw a piece about the museum on the CBS Evening News and donated them to us.

What’s the one thing you hope people walk away from the museum thinking about? One of our highest aspirations as an institution is to inspire visitors to feel empathy for the diverse people in our story. They faced unbelievable challenges, had to make decisions with enormous consequences, and—just like us—had no way to predict the outcome of the events swirling around them. History is a powerful force to lead us to empathy for others. Could there be a more important cause for today than this? 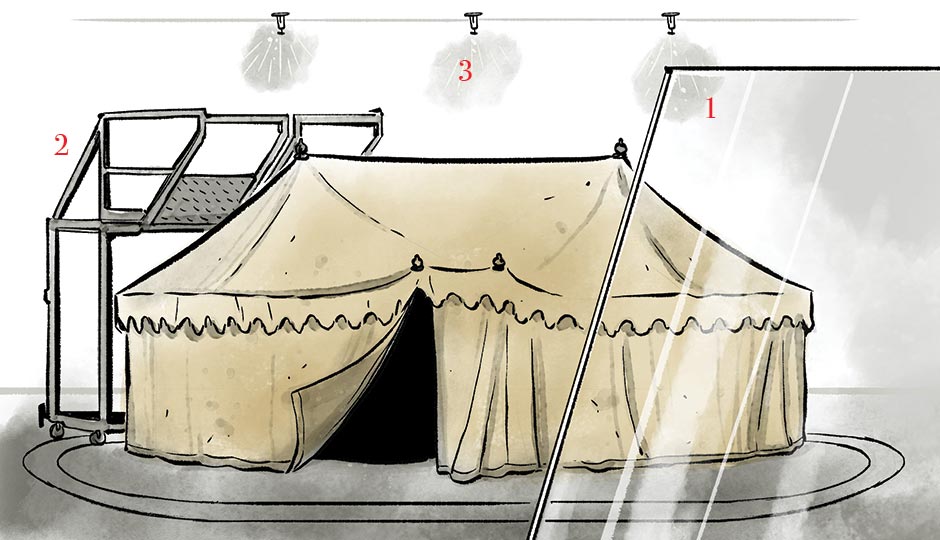 The museum’s crown jewel is George Washington’s tent (above), which he used as sleeping quarters during much of the Revolutionary War. (The country’s first Oval Office!) Before it was rigged up at the museum, it was, sadly, folded over a wooden frame at Valley Forge. Here’s what goes into ensuring this tent will be around for another 240 years.

The Glass: The tent lives behind ultra-clear Starphire glass that was manufactured in Switzerland and shipped across the ocean. There are five half-inch-thick panes, each costing $20,000. The glass is shatterproof and anti-reflective, so camera flashes and light (and anything else) won’t damage it.

The Cleaning: A one-of-a-kind cleaning device was constructed specifically for the museum. A track set up around the tent anchors a trolley, which has a platform that’s angled toward the artifact. Highly trained cleaners, conservators and curators can lean into the platform so they’re suspended above the tent, without danger that they (or their tools) will fall onto the fragile canvas.

The Fire Protection: A sprinkler system would destroy the tent, so Victaulic — a company out of Easton — installed a high-tech Vortex Fire Suppression System (price tag: $335,000). Usually used to protect computer server rooms, the Vortex combines a small amount of water with forced air to create a fog that kills flames without dousing anything below.

Because like everything else in Philadelphia, this museum comes with a backstory

W. Herbert Burk, an Episcopalian priest who lived in Norristown at the turn of the 20th century, used to go for regular hikes at Valley Forge. That got him thinking about all the history he was (literally) walking on. He decided to create a museum on the park’s grounds and made his first acquisition in 1909 — a tent that served as Washington’s HQ during the war, which he bought for $5,000. The collection grew from there.

When Ed Rendell was guv, he thought all that stuff deserved a proper home, but some locals were PO’ed about putting a giant museum on the sacred park grounds. So Rendell brokered a Rendellian deal that (stick with us here) went like this: The National Park System (which Valley Forge is part of) owned the site where the museum sits today. The museum’s foundation bought a 78-acre plot of land next to Valley Forge that the park wanted but couldn’t afford. Then they did a swap, so the museum went to the city and Valley Forge got more land.

Rendell also collared Gerry Lenfest, who in 2005 became the museum’s board chairman. (He handed the post over to John P. Jumper, former chief of staff of the U.S. Air Force, last year.) Among Lenfest’s contributions: spearheading the museum’s capital campaign; overseeing the building of the space—which was designed by starchitect Robert A.M. Stern; and, naturally, making a hefty contribution. R. Scott Stephenson, vice president of collections, exhibitions and programming, began planning the displays in 2007, and brought on Donna Lawrence Productions, the award-winning film producers, to help create exhibits that come alive, as well as Bluecadet, the local firm that built the digital interactive displays, touchscreens and games throughout the museum. 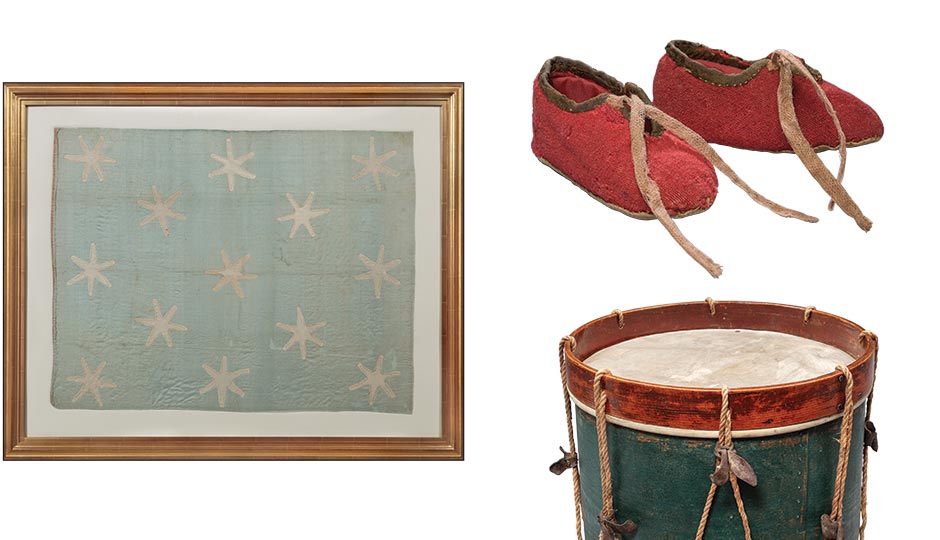 Three artifacts worth seeking out

War Drum
Believed to be the second-oldest drum in America (the label inside reads “1740”), it was used by soldiers during the war. (Just like in The Patriot!)

Baby Booties
These baby shoes belonged to a soldier from Massachusetts and were made from the red coat of a British footman. Ya know, to the victor …

Washington’s Flag
When this silk flag was flying, it meant the boss was in the house. Experts date it to around 1777, which makes it the earliest surviving 13-star American flag.

Published as “Know-It-All-Guide: You Say You Want a Revolution?” in the April 2017 issue of Philadelphia magazine.