THEATER REVIEW: In The Importance of Being Earnest, Victorian Bark Without the Bite

Walnut Street’s production captures the arch surface of Wilde’s script, but not its anarchic zing. 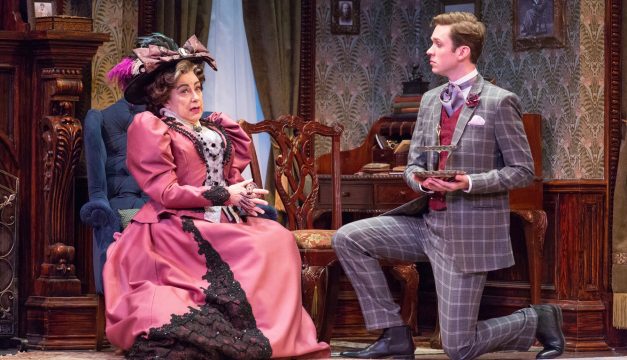 Mary Martello and Daniel Fredrick in The Importance of Being Earnest at Walnut Street Theatre. (Photo by Mark Garvin)

How do you like your Earnest?  Many modern productions of Oscar Wilde’s beloved, still delectable comedy of manners have, interpretively speaking, gone to town. We’ve seen The Importance of Being Earnest deconstructed and reconstructed, gender-bended and performed in drag. There’s probably even been an earnest Earnest, though that seems off the mark—if there’s one thing everybody can agree on, it’s likely that Importance of Being Earnest should be funny and naughty. But of course, that in itself is a spectrum—so there have been drily acerbic Earnests; also, raucously slapstick ones.

Do you find all this rethinking exhausting? If so, I have good news about the Walnut Street Theatre’s production—it takes a respectful, almost reverent approach. This is also the bad news—the show feels like a museum piece.  If some productions of Importance of Being Earnest run aground with too many ideas, this one has scarcely a single original one. 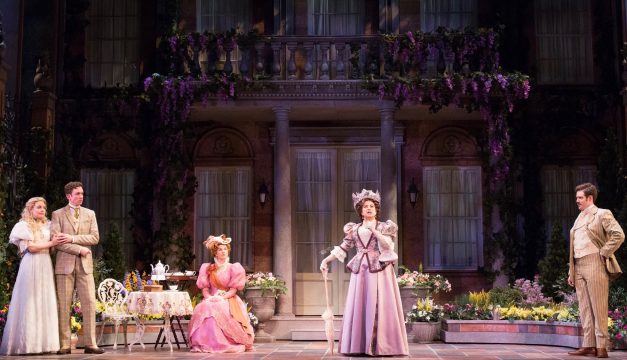 Mary Martello and Company in The Importance of Being Earnest at Walnut Street Theatre. (Photo by Mark Garvin)

Some will find that a relief, and revel in what it does have—a fine cast, terrific Downton Abbey-ish sets (I’d happily move into either country or town homes in a minute), and the reassuring sense of familiarity. What you see is very much the sensibility that audiences expect from Earnest—so much so that I’ll bet you could identify the play from any of the stage images. But this is largely because the goal here seems to be to strike a pose and deliver the witty dialogue with a knowing twinkle, rather than to focus on what’s motivating it. (And nothing kills a punchline faster than delivering it like one.)

Now and then, there’s more—watch Mary Martello as Lady Bracknell, her eyes gleaming as she calculates the fortune her family could inherit through a favorable marriage. Martello’s formidable but practical Lady B is this production’s biggest asset; I also enjoyed the sly sexiness of Jake Blouch as Jack Worthing, and the lovably dotty Peter Schmitz as Reverend Chasuble.

More generally, though—while the Walnut Street’s Importance of Being Earnest prettily captures the arch surface of Wilde’s aphorism-laden script, it catches very little of the anarchic zing that lies beneath.

The Importance of Being Earnest runs through April 30. For more information, visit the Walnut Street Theatre website.