26 Things to Do This Weekend 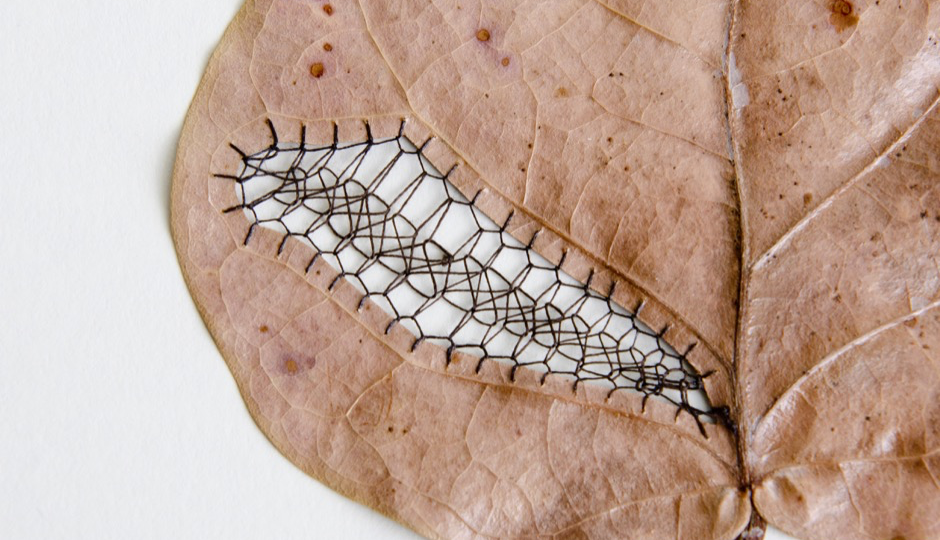 This piece by Hillary Waters is part of the “Stitched” group exhibition at Paradigm Gallery + Studio.

Chris Farren / Adult Mom @ PhilaMOCA
Adult Mom is prepping to release their new record, Soft Spots, and all signs point to more sweet indie-pop goodness, only more fleshed-out than their early stuff. Chris Farren (also of the Fake Problems), is usually pretty punky but he wrote a touching and simple song inspired by the untimely passing of comedian Harris Wittels and it hurts so good. I miss him too, man:

Dark Web @ Century
How about a little hardcore? This Philly band is like Wax Fang beating Bad Religion with a synthesizer and setting free all the broken hearts and tortured metaphors of the world. The show’s a release party for their new tape. Hell yeah, watch this Troma-esque video:

Garth Brooks/Trisha Yearwood @ Wells Fargo Center
The husband-and-wife country-music all-stars set up shop in Philly all weekend long. Think they’ll show up at the rally on Saturday afternoon? Yeah, me neither.

Finesse Mitchell @ Punchline
The SNL alum and actor returns to do standup. Through Saturday. 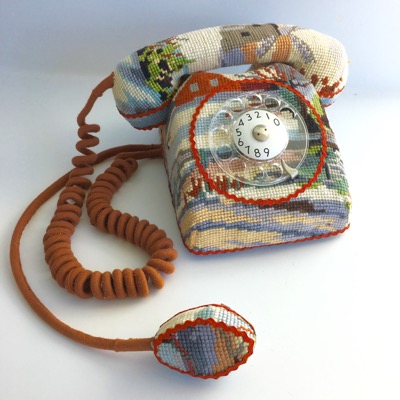 By Ulla-Stina Wikander, part of “Stitched”

Stitched @ Paradigm Gallery + Studio
Part one of a group exhibition that focuses on “artwork that makes use of embroidery and stitching techniques.” So much cool stuff in this show. See above, and see right. Runs through April 22.

The King and I @ Academy of Music
Broadway Philadelphia presents the Rodgers and Hammerstein favorite through April 2. “No elephants? No wonder he is not winning war!”

New Jack City @ Amalgam Comics & Coffeehouse
The makers of the Serious Rap Shit Podcast will screen the star-studded 1991 thriller and then record a show about it.

Films by Faith and Emily Hubley @ Moore College of Art & Design
“A juried program of shorts by women… Then American filmmaker and animator Emily Hubley will screen a program that includes her work as well as that of her mother and animation pioneer Faith Hubley.”

Trey Songz @ Creep Records
Power 99 presents a meet-n-greet with everybody’s favorite dirty (and touching and inspirational) R&B singer. Gotta buy the CD to get in.

Craig Finn @ Main Street Music
The Hold Steady frontman plays an intimate show in Manayunk for all the snifflin’ indie kids who bought advance copies of his new solo record, We All Want the Same Things.

Pennsylvania MAGA March/Anti-MAGA Protest @ Independence Hall
Anti-Trump supporters and regular Philadelphians gather for polite political discourse and the sharing of ideas in a casual setting. Everybody leaves happy and tired of winning.

Fursaxa @ Philadelphia Record Exchange
That’s not a name I’ve heard in quite some time. Tara Fursaxa and co. play a rare show in their old hometown. Psychedelic folk weirdness.

The Mystical History of the Wissahickon Walk
“Nick of the Woods” hosts an informative and family-friendly romp through the woods.

Jonatha Brooke @ World Café Live
An XPN mainstay going back to the old Singer-Songwriter Weekend fests, Brooke lays it all out with smart lyrics and an acoustic guitar.

Art + Feminism Wikipedia Edit-a-thon @ Philadelphia Museum of Art
BYO laptop to this “communal updating of Wikipedia entries on subjects related to art and feminism, with a special focus on women watercolorists.”

Foxygen @ Union Transfer
Sweet-singing dudes with over-the top rock tendencies. They’re known for breaking up and getting back together.