The new Fillmore Philadelphia is barely a couple months old now, but if our great-great-grandchildren go digging around in Fishtown one day, they may come across a little piece of its history. Officials from the venue lowered a time capsule into the ground on the Richmond Street side of the building Wednesday afternoon with items that provide a snapshot of Philly and the venue in 2015. The capsule holds some sports and media memorabilia — and even a reminder of Pope Francis’s visit in September. Here’s what they put in it:

A plaque was placed on top of the time capsule that reads “The Fillmore Philadelphia Time Capsule | Celebrating Our Grand Opening: October 1, 2015 | Rock On!”

The ceremony also commemorated a new partnership between the Fillmore and the City of Philadelphia Mural Arts Program. Starting this week, Mural Arts will contribute a series of rotating murals on the outside of the venue near where the capsule was emtombed. The first one, painted by graffiti artist Anthony Torcasio, shows an abstract scene of flowing yellows and blues inspired by his youth. It complements the psychedelic art that decorates the inside of the Fillmore, like a giant “Fillmore Flag” made with 450 re-printed posters of old Fillmore shows, and a restored, painted Volkswagen bus. The mural is expected to be changed every few months. Check out more photos of the burial and the first mural below: 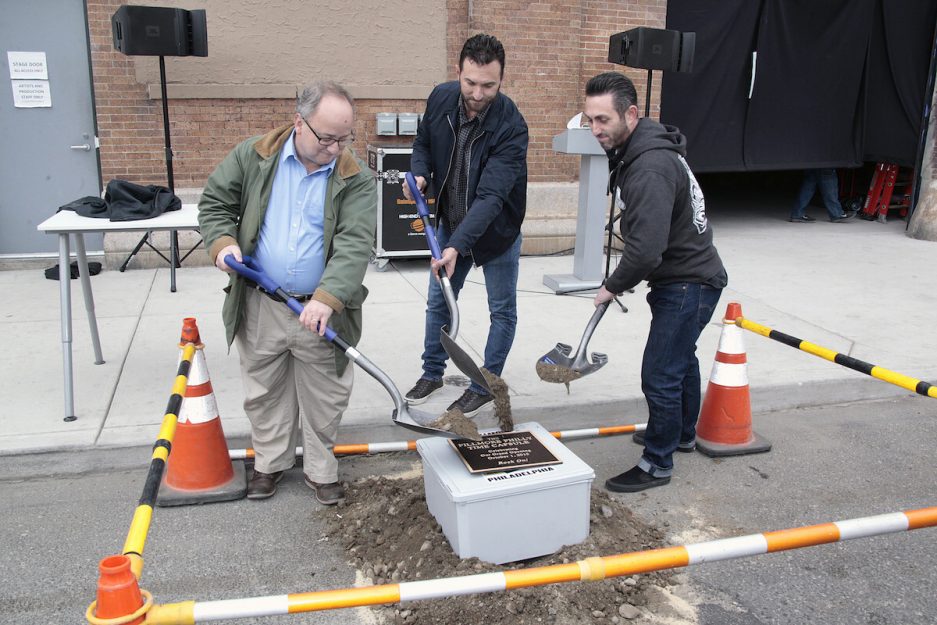 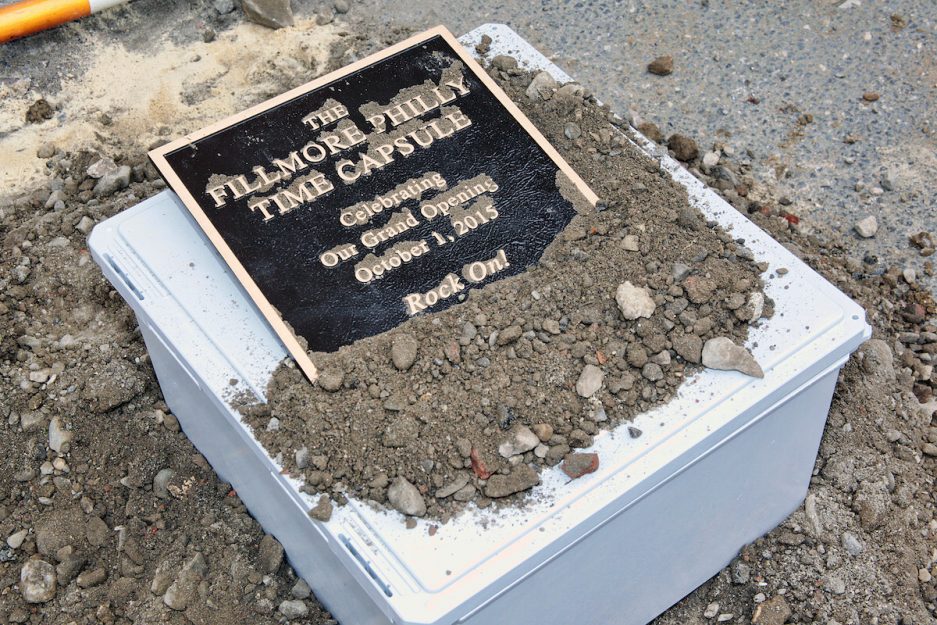 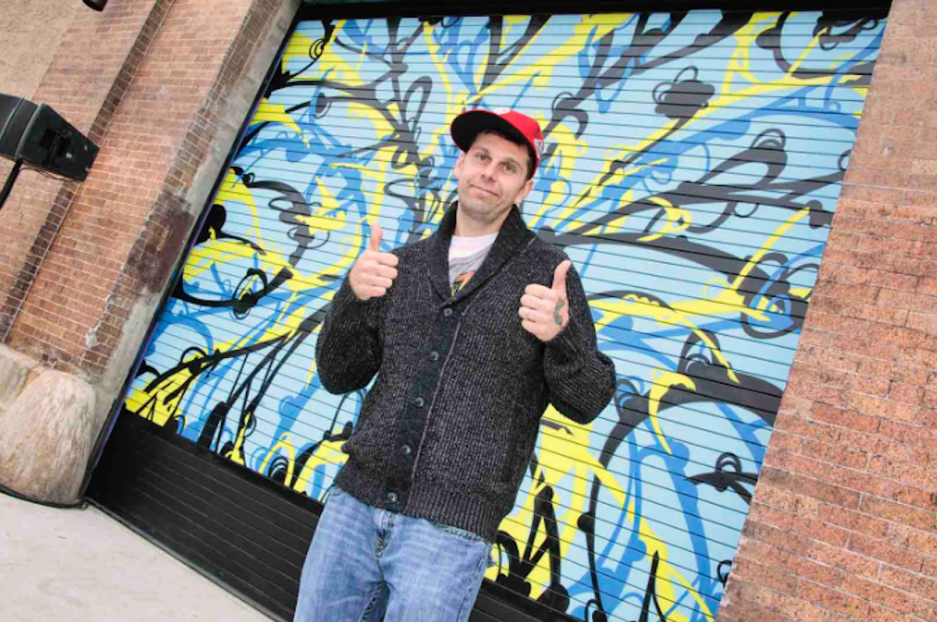