17 Things to Do Labor Day Weekend in Philly

Made in America Festival, a BBQ at the Navy Yard, Fringe Festival after-parties and more ways to celebrate your gloriously long weekend. 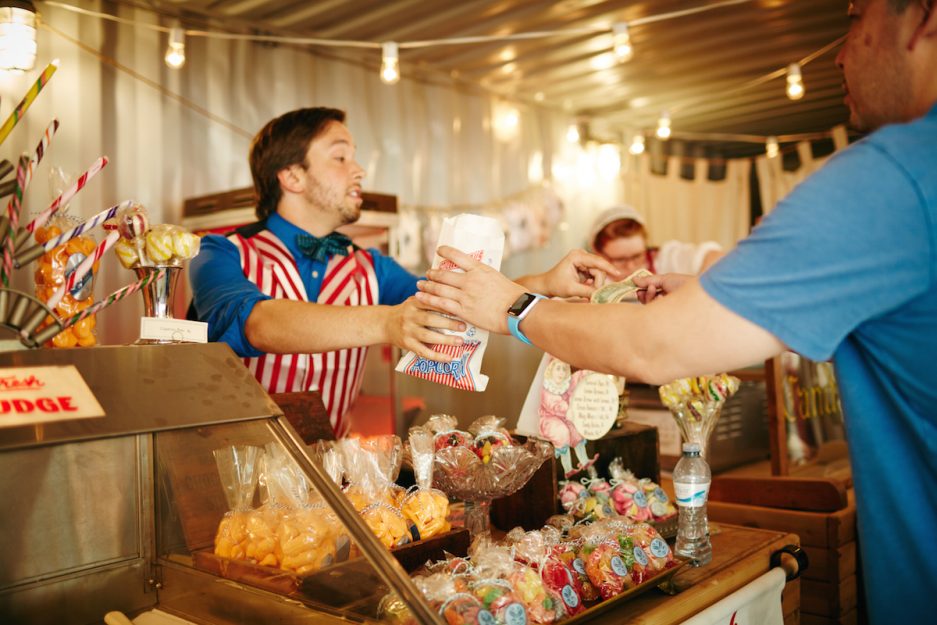 Over Labor Day weekend, Philly's first and only outdoor roller rink, Blue Cross RiverRink Summerfest, is throwing a slew of activities to celebrate the last weekend of summer. Things kick off on Friday night with a beer garden hosted by Visit Philly. Then, on Saturday and Sunday, the full-day itinerary includes everything from free face-painting sessions and circus performances to a dance party courtesy of DJ Deejay. See the full schedule here. Friday to Sunday, September 4-6, various times. BlueCross RiverRink Summerfest, 101 South Columbus Boulevard. 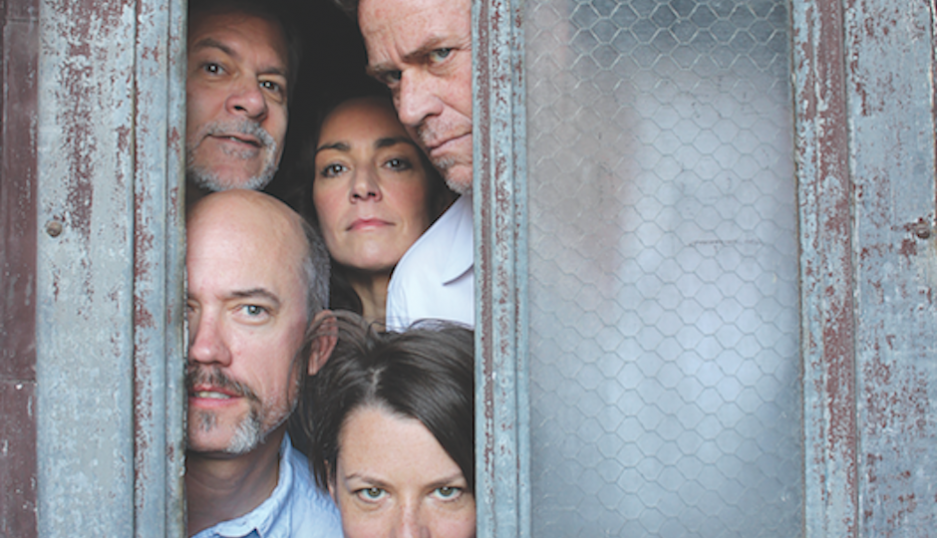 The 19th annual Fringe Festival kicks off tonight and will run through September 19th with over 100 performances from international theater troupes and local art-scene movers and shakers alike. If that sounds a little overwhelming, you're totally right. We take a stab at making your Fringe decision-making a little easier with a guide to the "curated shows" (the folks—many from outside Philly—who are getting paid to perform) and the "independents" (intrepid Philly artists who sign up to take part on their own dime.) Check out those guides here and here, respectively. And get to know some of our favorite players in this year's festival in our photographic slideshow, here. 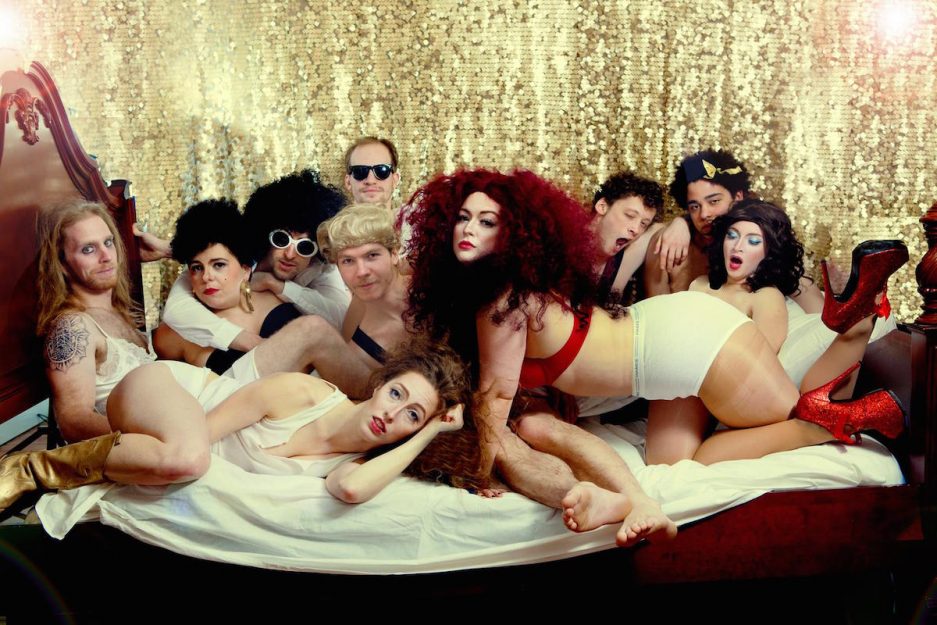 After a full day of Fringe Festival-ing, head to the official after-party spot for the Festival, the FringeArts building. There, throughout the festival, DJ King Britt and performance artist Kate Wawa have curated a lineup of musical acts and performers that you can enjoy while enjoying beer, spirits and bites from the bar. This weekend, they've lined up Red 40 and the Last Groovement (pictured) and DJ Sideswipe (Friday), DJ Botany 500 (Saturday), Suphala and Laraaji (Sunday, 9 pm, $20), and Illvibe Collective's DJ Lil Dave (Sunday, 10:30 pm). All events are free unless otherwise noted. To find out the rest of the festival's lineup, go here. FringeArts, 140 North Columbus Boulevard. 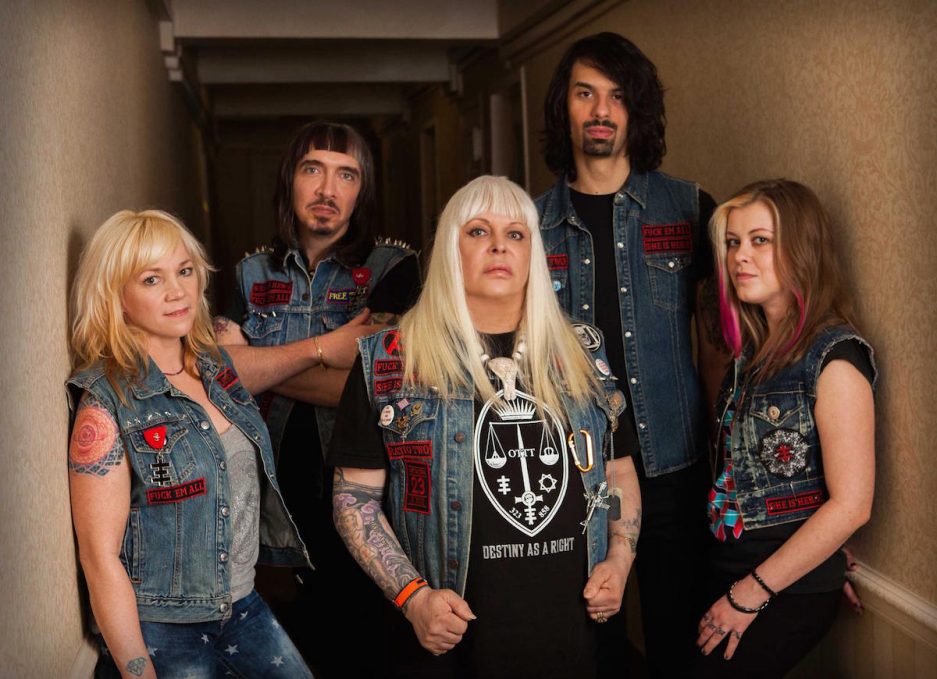 Psychic TV at Boot and Saddle

Psychic TV creates and performs provocative and psychedelic music using industrial sounds. Over the span of about 14 years the band produced dozens of studio albums—so many that it earned them a spot in the Guiness Book of World Records for releasing more albums in one year than any other artist. Friday, September 4th, 7 pm, $18, The Boot and Saddle, 1131 S. Broad Street. 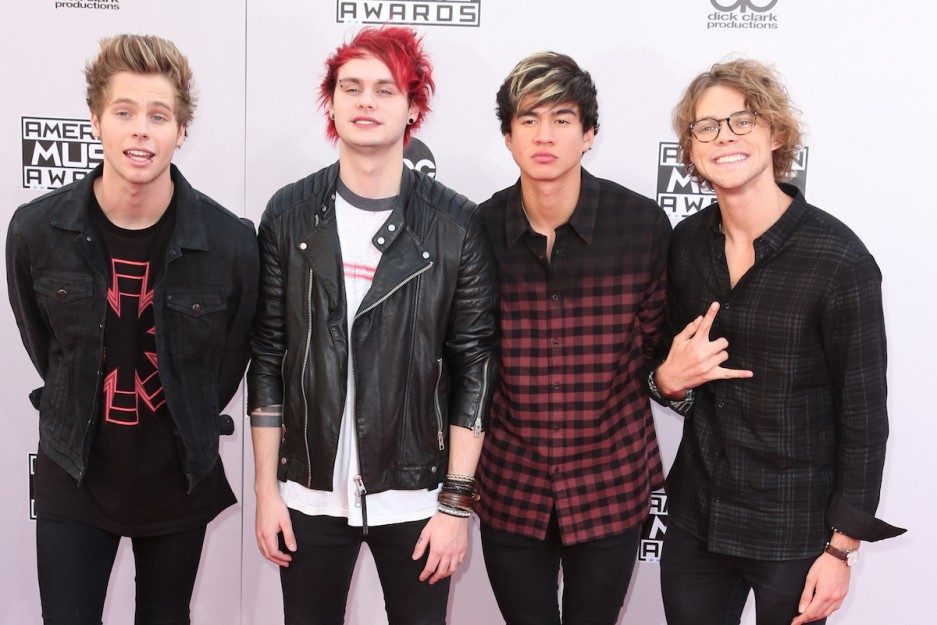 Despite their outward appearance, they refuse to succumb to the label "boy band." 5 Seconds of Summer (or 5SOS) is an Australian pop punk band who rose to international fame while touring with One Direction a couple years back. Their debut single "She Looks So Perfect" topped the charts in Australia, New Zealand, Ireland and United Kingdom in February 2014. Their fame quickly spread with the release of their debut studio album, which peaked at No. 1 in 11 countries—including the United States. Friday, September 5th, 7:30 pm, Susquehanna Bank Center, 1 Harbour Boulevard, Camden. 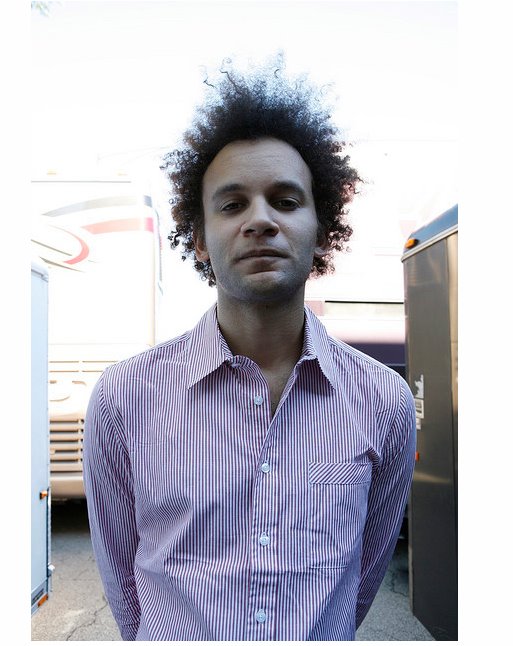 Since the mid-1990s Tyondai Braxton has written and performed music under collective group titles as well as independently under his own name. One of Braxton's more notable collaborative works was with the rock group Battles, which he founded back in 2002. He performs his rock and electronic stylings to a live performance at Johnny Brenda's this weekend. Friday, September 4th, 8 pm, $15, Johnny Brenda's, 1201 North Frankford Avenue. 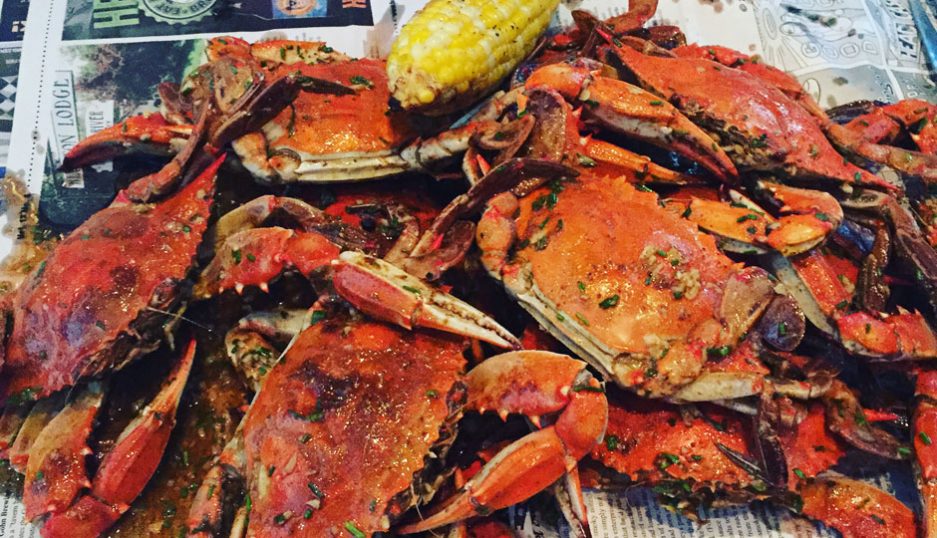 Another Weekend of Crabs

From Foobooz: On Saturday, Tap Room on 19th is hosting an End Of Summer Block Party and Crab-Fest with Maryland Blue Claws, kielbasa, burgers, hot dogs, corn, potatoes and more. The fun kicks off at 1 p.m. Little Nonna's is having spaghetti and crab night on Sunday and Labor Day. Little Nonna's will be opening at 3 p.m. each day and offering a $35 dinner that will include the spaghetti and crab plus summer salad and garlic bread for the table. More here. 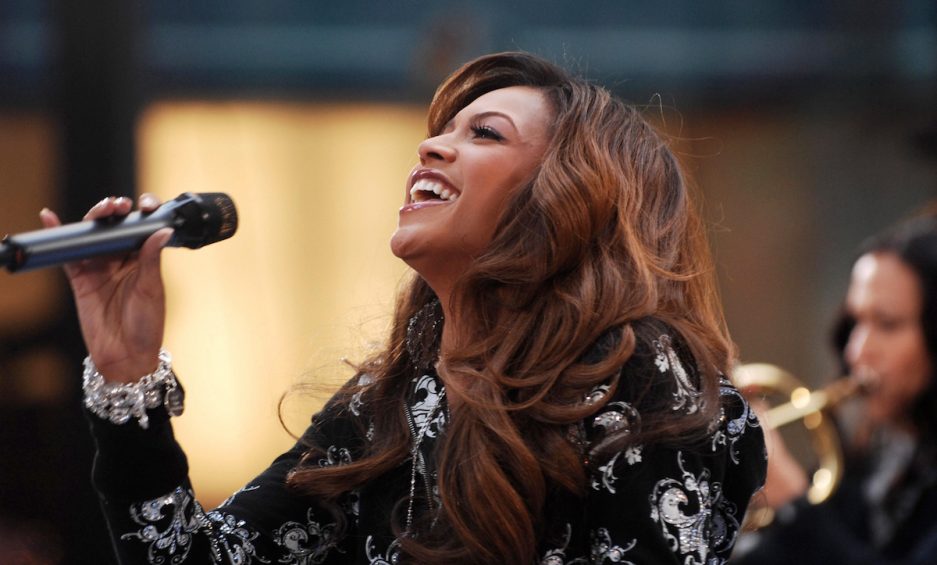 Budweiser Made in America Festival

This weekend Queen B will grace Philadelphia with her presence. Beyoncé is headlining this year's Made in America Festival along with Canadian PBR&B singer-songwriter The Weeknd. Other artists on board to perform at the music fest include J. Cole, Axwell & Ingrosso, Nick Jonas, Big Sean, Earl Sweatshirt, Meek Mill, Banks, Vic Mensa, and more. The festival is sold out, but there are bound to be myriad ways to snag a ticket. Saturday and Sunday, September 5th and 6th, Ben Franklin Parkway. 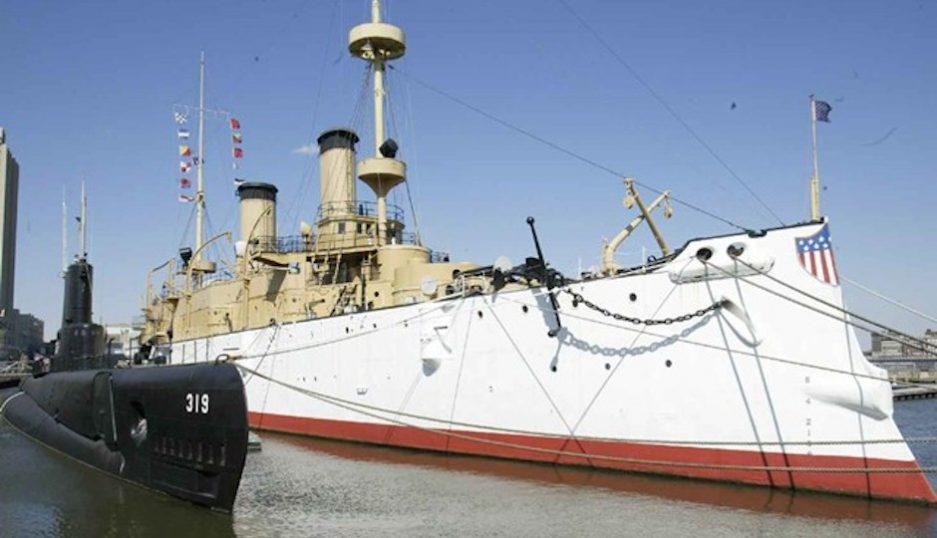 Climb aboard two authentic navel vessels and get an exclusive behind-the-scenes tour. Visitors have a chance to explore areas of the ships that are normally off limits to the general public, including the Olympia's triple expansion steam engines, boiler room, and working ash hoist, and the Becuna's conning tower. Saturday, September 5th, 10 am, $18, Independence Seaport Museum, 211 South Christopher Columbus Boulevard. 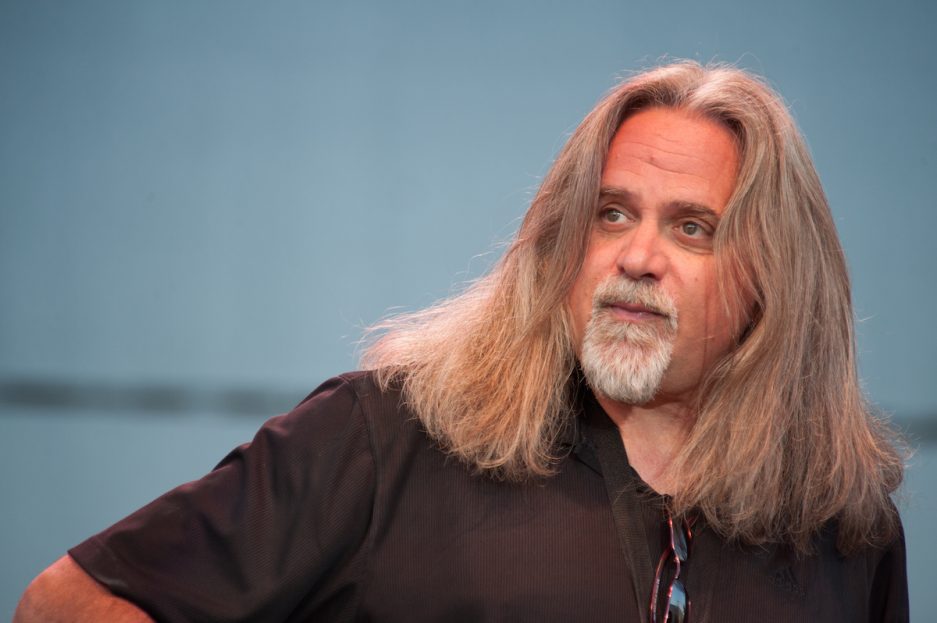 The Steve Miller Band and Doobie Brothers will be the headliners of this festival hosted by Greater Media classic rock station WMGK-FM. Don't miss out on an opportunity to hang with you favorite MGK DJs. The event will pay tribute to the U.S. military on and off stage throughout the evening. Saturday, September 5th, 5 pm, Susquehanna Bank Center, 1 Harbor Boulevard, Camden. 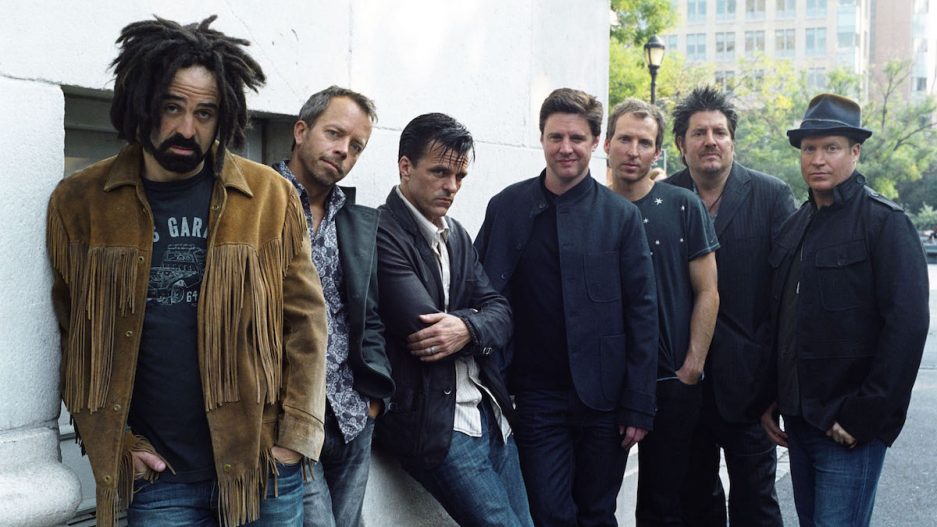 California-based rock band The Counting Crows gained popularity after the release of their 1993 debut album, August and Everything After. Since, they have sold more than 20 million albums worldwide and were nominated for a 2004 Academy Award for their song "Accidentally in Love." Listen before you go: "Mr. Jones." Saturday, September 5, 7pm, Borgata Festival Park, The Borgata, Atlantic City. —Chelsey Hamilton 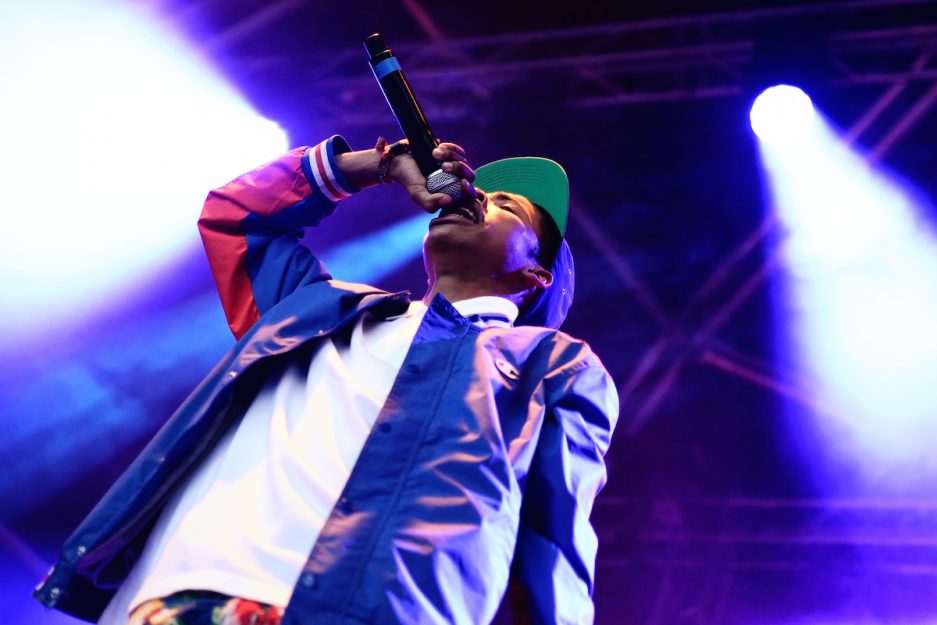 Earl Sweatshirt's debut album/mixed tape gained the artist recognition when he was just 17 years old. Upon graduating high school, the artist continued to pursue his music career and released his universally acclaimed debut album, Doris, back in 2013. Sweatshirt is now touring in support of his sophomore album released in the spring, titled I Don't Like Shit, I Don't Go Outside. Listen before you go "Grief." Saturday, September 5th, 11 pm, Theater of Living Arts, 334 South Street. 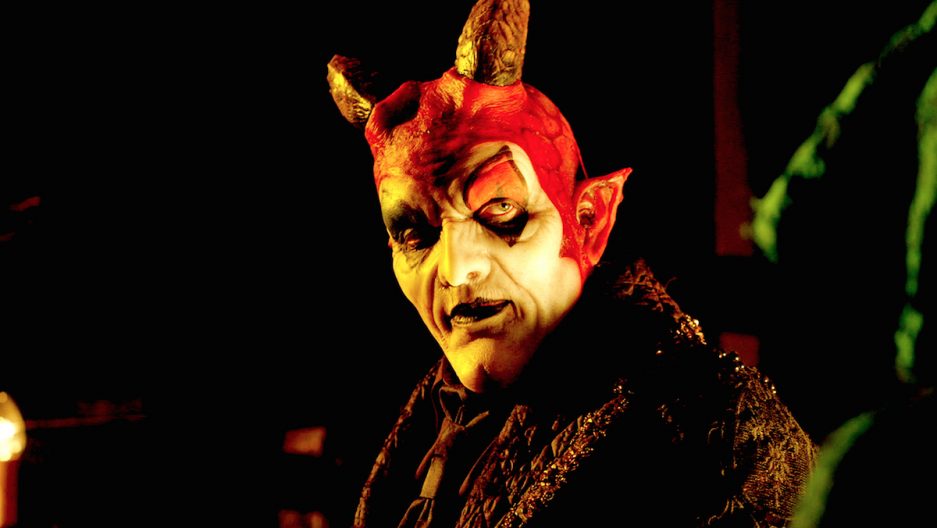 All hell will break loose when cult film Alleluia! The Devil's Carnival comes to Ritz East. From the filmmakers that brought you 2008's REPO! The Genetic Opera comes an equally offbeat fantasy-musical film, portraying a never-before-seen interpretation of Heaven and Hell. Alleluia! The Devil's Carnival is the product of cult filmmakers Darren Lynn Bousman and Terrance Zdunich. The two will be present at the event to introduce the musical and host a Q&A session where they'll discuss upcoming projects. Be sure to get to the theater early for the live opening act preview. View the trailer. Purchase tickets here. Saturday, September 5th, 11:30 pm, $40-$60, Ritz East, 125 South 2nd Street.

From Foobooz: On Sunday, Lo Spiedo is hosting a Beer-B-Q at the Navy Yard. The event features all-you-can-eat barbecue, craft beer specials, lawn games and live music. The food and drink kicks off at 2 p.m. with the music beginning at 5 p.m. Tickets are $30 in advance or $35 at the door for all-you-can-eat barbecue. Or you can pay-as-you-go, menu items range $5-$10. All military members pay just $25 at the door. See the menu here. 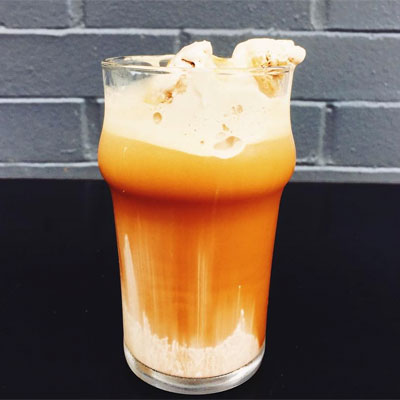 From Foobooz: This Sunday, Rival Bros. Coffee is teaming up with Weckerly’s Ice Cream to create a Nitro Float, a coffee-infused take on the ice cream float. The Nitro Float takes Weckerly’s Caramel Corn, Honey Plum or classic vanilla bean ice cream and pours Rival Bros’ nitro coffee overtop. The floats are $5 each and available from 11 a.m. to 3 p.m. More here. 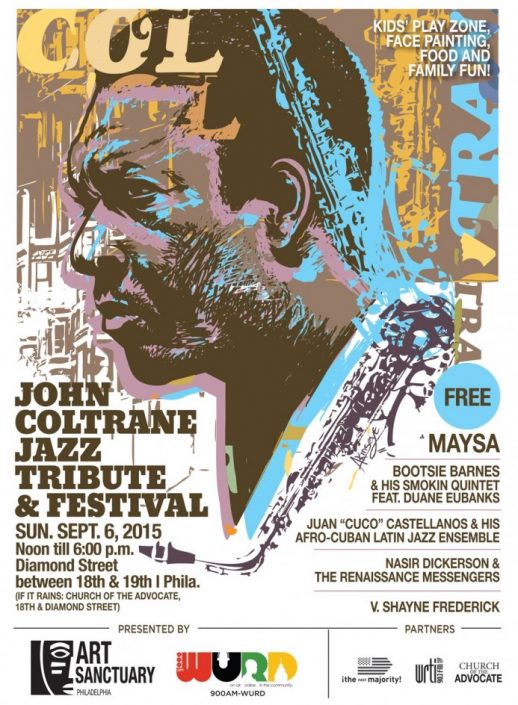 Art Sanctuary and 900AM-WURD host an afternoon of song and performance in tribute to the man who brought us A Love Supreme. Among the acts taking the stage will be neo-soul diva Maysa, Bootsie Barnes and His Smokin' Quintet and Juan "Coco" Castellanos. Sunday, September 6th, noon to 6 pm, free, Diamond Street between 18th and 19th streets. 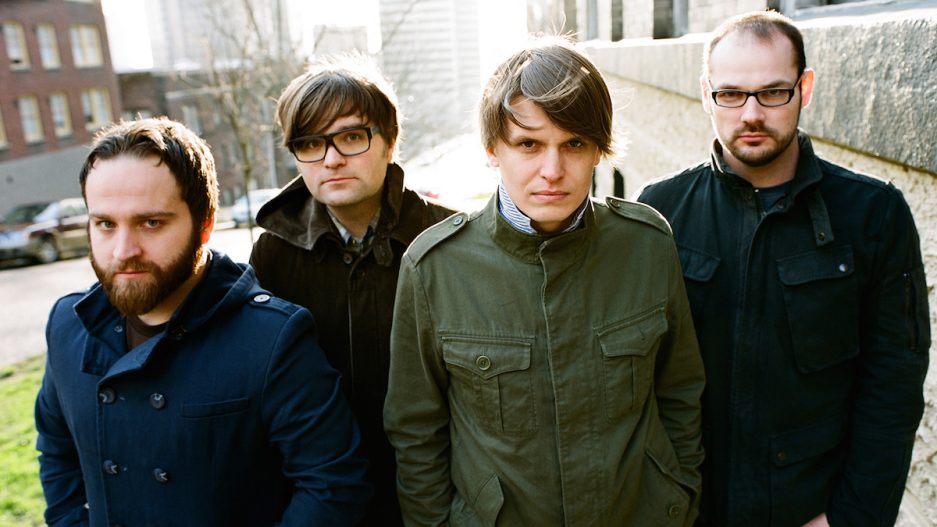 Death Cab for Cutie at TLA