“Each season we seek compelling theater productions with storylines that resonate with our diverse audiences. We are delighted to present five new family productions, part of an outstanding slate of subscription shows that will be premiering in Philadelphia,” said Kimmel Center CEO and President Anne Ewers. “It is rewarding to know that our Broadway series continues to offer new experiences for Philadelphians and contributes greatly to the cultural and economic vitality of the city. We are extremely grateful for the support of our subscribers and the entire musical theatre community.”

Subscriptions for the 2015-16 season are available by visiting the Kimmel Center website; individual tickets will go sale at a later date. Check out the press materials for the upcoming shows below, and for more information, click here. 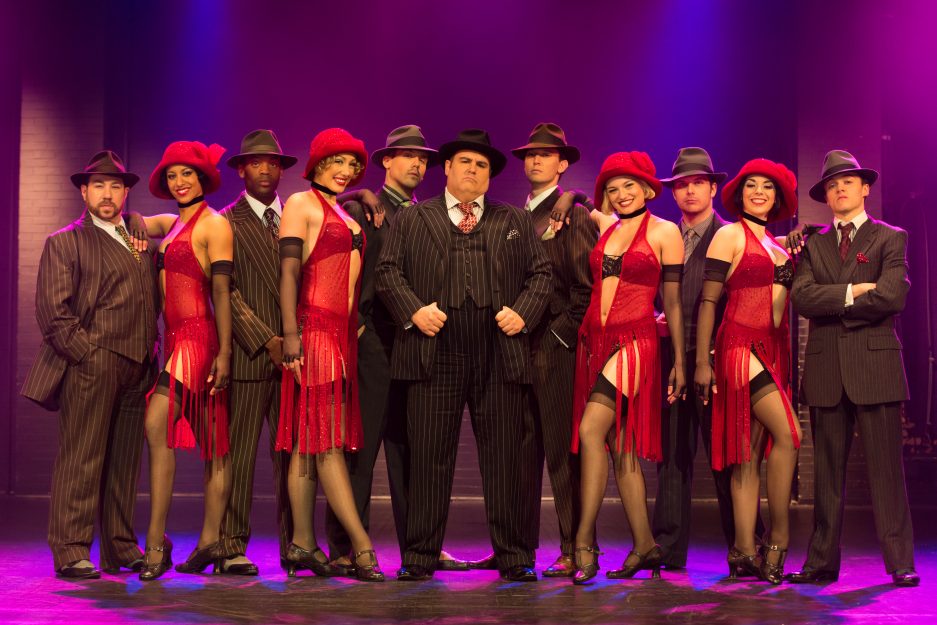 October 27-November 1, 2015, Academy of Music: "Written by Woody Allen, with direction and choreography by Susan Stroman and based upon the screenplay of the acclaimed film by Woody Allen and Douglas McGrath, Bullets Over Broadway is the story of a young playwright who, in desperate need of financial backing for his next show, accepts an offer he can’t refuse from a mobster looking to please his showgirl girlfriend." 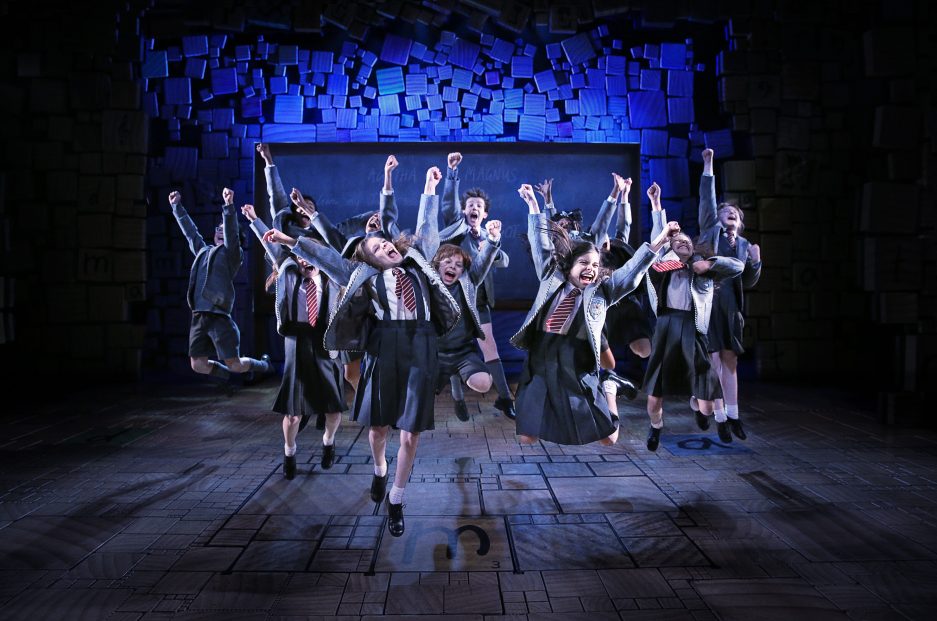 November 17-November 29, 2015, Academy of Music: "TIME Magazine’s #1 'Show of the Year' and winner of 50 international awards, including four Tony Awards®, Matilda: The Musical is the story of an extraordinary girl who, armed with a vivid imagination and a sharp mind, dares to take a stand and change her own destiny. Based on the beloved novel by Roald Dahl, Matilda continues to thrill sold-out audiences of all ages on Broadway and in London’s West End." 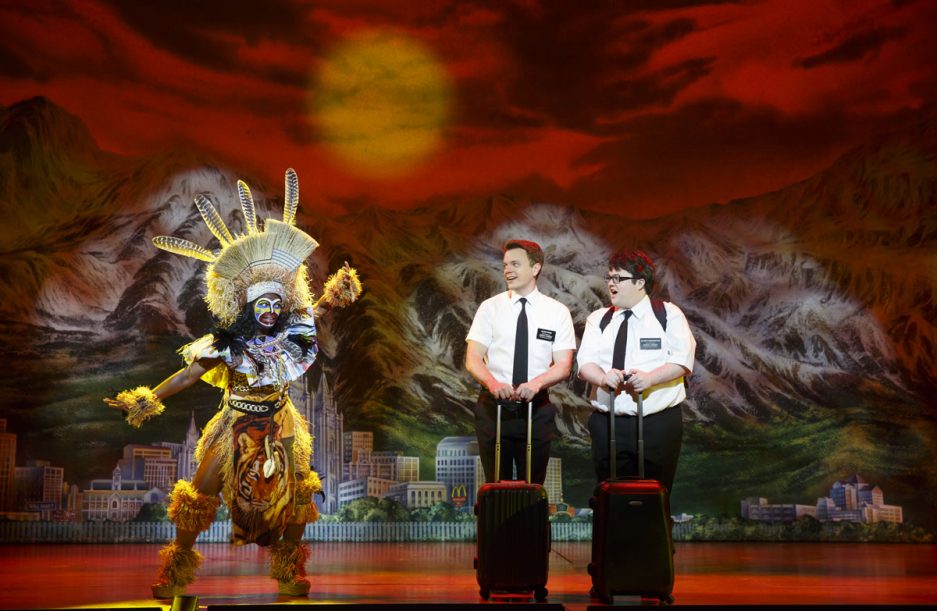 The Book of Mormon

November 24-December 27, 2015, Forrest Theatre: "Hailed by The New York Times as 'the best musical of this century' and the winner of nine Tony Awards, The Book of Mormon is the blockbuster Broadway smash from South Park creators Trey Parker and Matt Stone, and the Oscar-winning composer of Disney’s Frozen and Avenue Q, Bobby Lopez. This outrageous musical comedy follows the misadventures of a mismatched pair of missionaries, sent halfway across the world to spread the Good Word. Now with standing room only productions in London, on Broadway, and across North America, The Book of Mormon has truly become an international sensation." 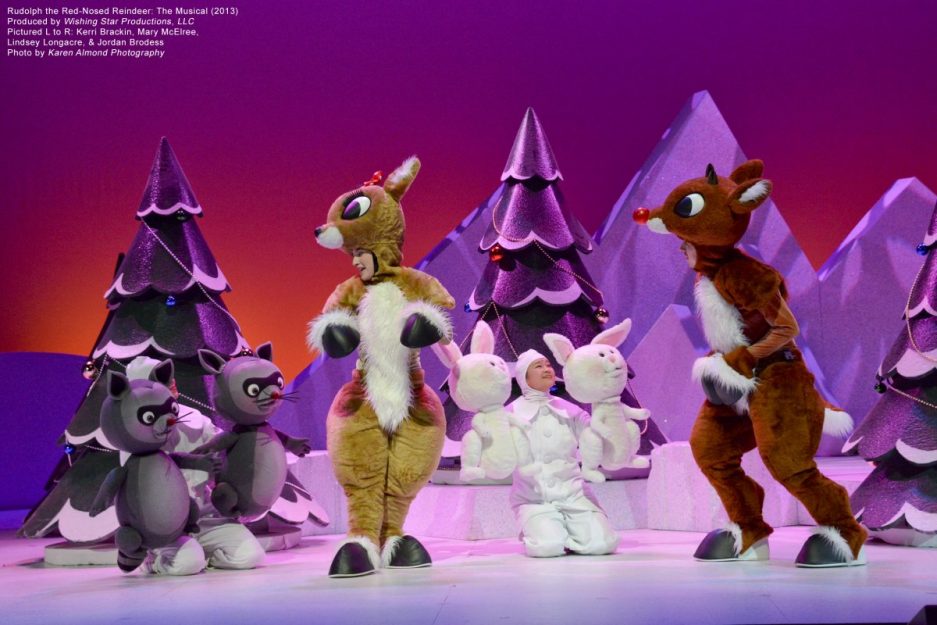 December 15-December 20, 2015, Merriam Theater: "The beloved TV classic Rudolph The Red-Nosed Reindeer soars off the screen and onto the stage this holiday season. Come see all of your favorite characters from the special including Santa and Mrs. Claus, Hermey the Elf, the Abominable Snow Monster, Clarice, Yukon Cornelius and, of course, Rudolph, as they come to life in Rudolph The Red-Nosed Reindeer: The Musical." 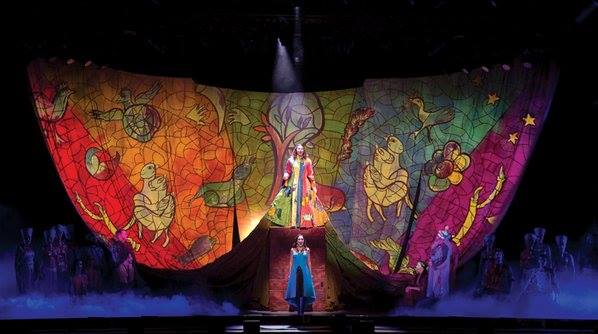 Joseph and the Amazing Technicolor Dreamcoat

December 29-January 3, 2016, Merriam Theater: "One of the most enduring shows of all time, Tim Rice & Andrew Lloyd Webber’s Joseph and The Amazing Technicolor Dreamcoat is the irresistible family musical about the trials and triumphs of Joseph, Israel’s favorite son. Directed and choreographed by Tony® Award-winner Andy Blankenbuehler, this new production is a reimagining of the Biblical story of Joseph, his eleven brothers and the coat of many colors." 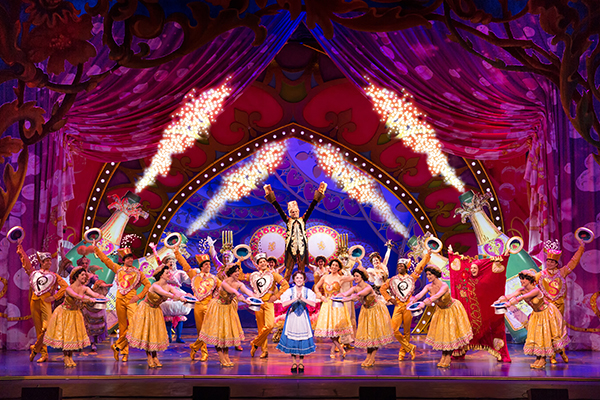 Beauty and the Beast

February 16-February 21, 2016, Academy of Music: "Disney’s Beauty And The Beast is the classic story of Belle, a young woman in a provincial town, and the Beast, who is really a young prince trapped in a spell placed by an enchantress. If the Beast can learn to love and be loved, the curse will end and he will be transformed to his former self. But time is running out. If the Beast does not learn his lesson soon, he and his household will be doomed for all eternity."

February 23-February 28, 2016, Academy of Music: "Pippin is Broadway's high-flying, death-defying hit musical! Full of extraordinary acrobatics, wondrous magical feats and soaring songs from the composer of Wicked, Pippin will lift you up and leave you smiling. This unforgettable new production is the winner of four 2013 Tony Awards® including Best Musical Revival." 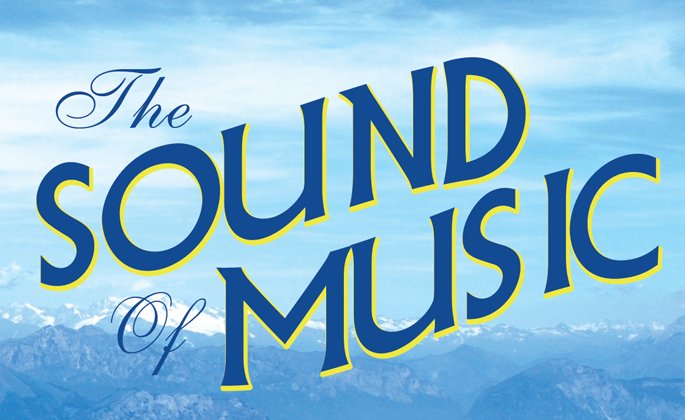 The Sound of Music

March 15-March 20, 2016, Academy of Music: "This brand new production of The Sound of Music is directed by Jack O’Brien. The spirited, romantic and beloved musical story of Maria and the Von Trapp Family will once again thrill audiences with its Tony®, Grammy® and Academy Award® winning Best Score, including 'My Favorite Things,' 'Do-Re-Mi,' 'Climb Ev’ry Mountain,' 'Edelweiss,' and the title song." 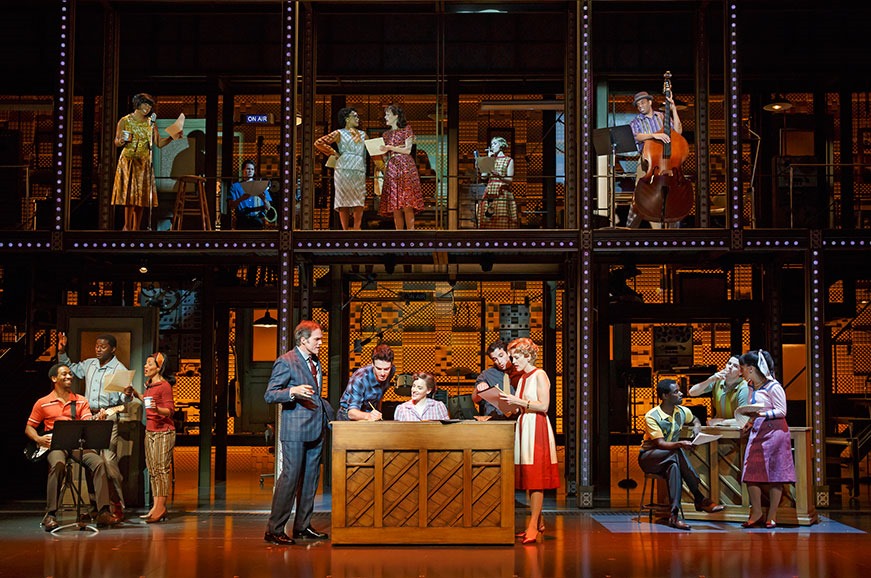 March 22-April 3, 2016, Academy of Music: "Beautiful: The Carole King Musical tells the Tony and Grammy Award-winning inspiring true story of King’s remarkable rise to stardom, from being part of a hit songwriting team with her husband Gerry Goffin, to her relationship with fellow writers and best friends Cynthia Weil and Barry Mann, to becoming one of the most successful solo acts in popular music history. Along the way, she made more than beautiful music: She wrote the soundtrack to a generation." 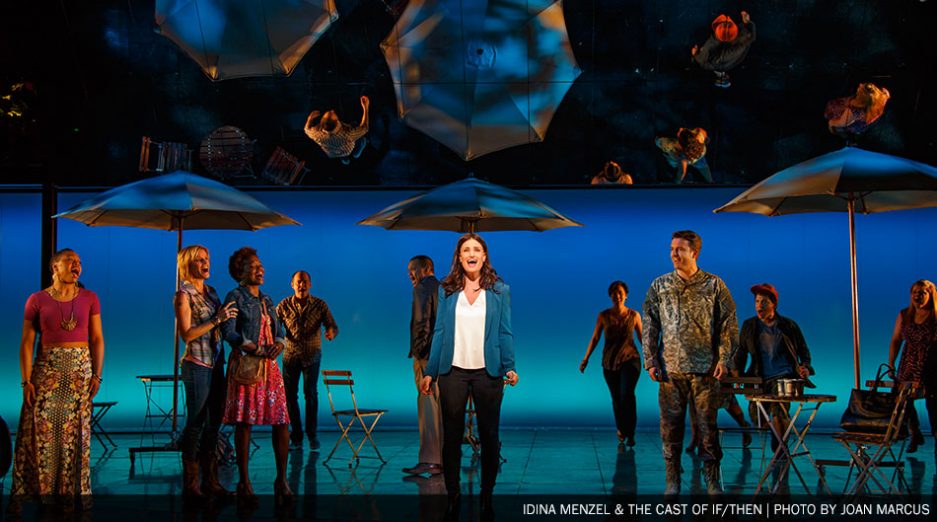 June 21-June 26, 2016, Academy of Music: "If/Then is a contemporary Broadway musical about living in New York today, and all the possibilities of tomorrow. With unforgettable songs and a deeply moving story by the Pulitzer Prize and Tony Award-winning creators of Next to Normal, this musical simultaneously follows one woman’s two possible life paths, painting a deeply moving portrait of the lives we lead, as well as the lives we might have led." 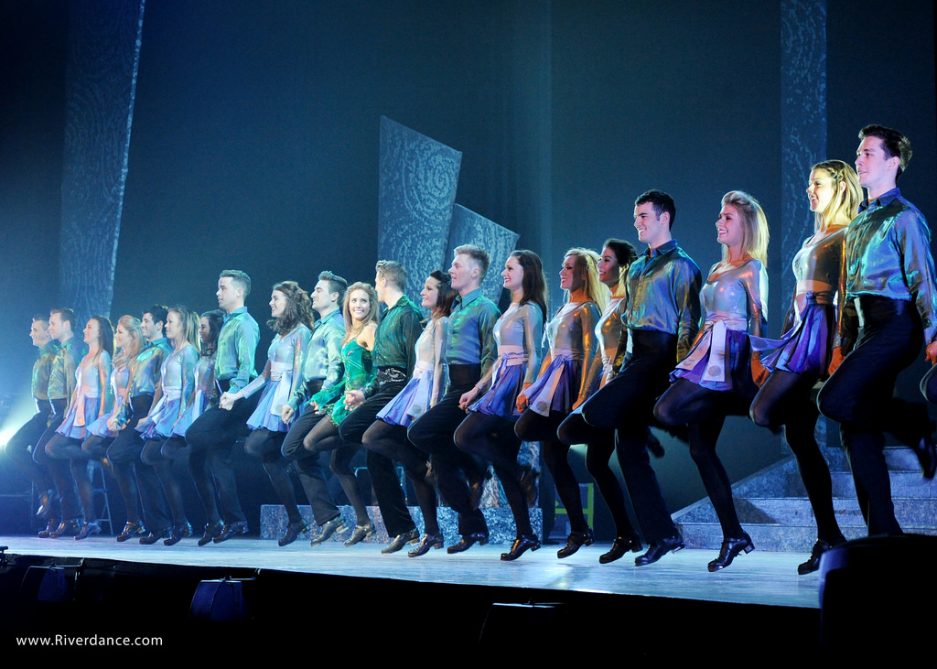 June 14-June 19, 2016, Merriam Theater: "The international dance phenomenon is back by popular demand in Riverdance- The 20th Anniversary Tour. Composed by Bill Whelan, produced by Moya Doherty and directed by John McColgan, Riverdance captures the imagination of audiences across all ages and cultures with an innovative and exciting blend of dance, music and song. Nothing has carried the energy, the sensuality and the spectacle of Riverdance."