The Harlem Globetrotters, First Friday at North Bowl, Brewer's Plate at the Kimmel Center and more things to do this weekend in Philly. 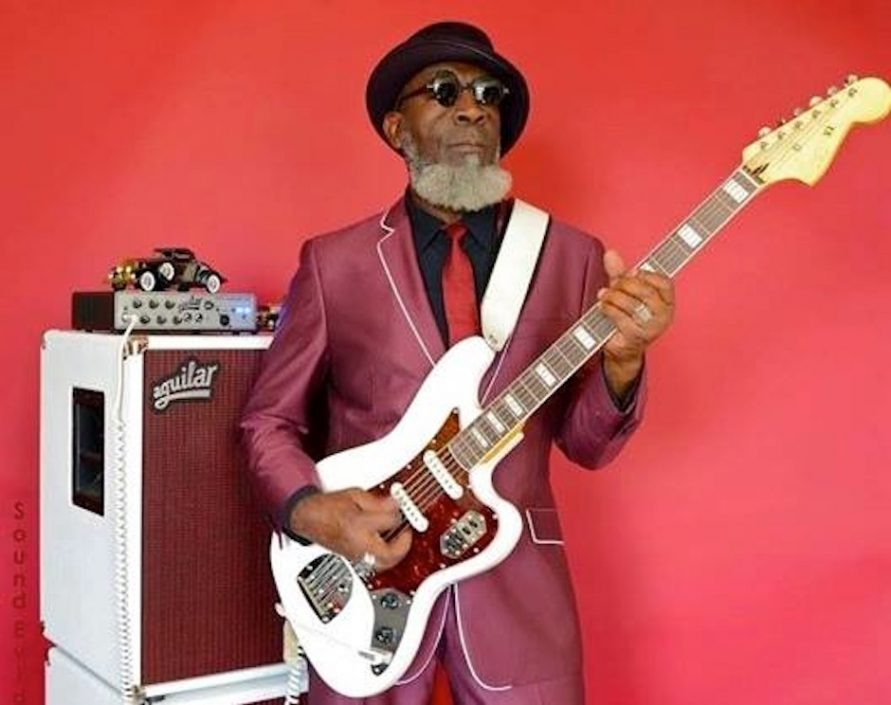 Jamaaladeen Tacuma at Art After 5

Living jazz legend Jamaaladeen Tacuma will be jamming out at Philadelphia Museum of Art's "Art After 5" program. The musician, who has collaborated with groups ranging from orchestras at Carnegie Hall to Philly favorites The Roots, will be performing a set that's sure to wow. Don't forget to explore the museum's vast collections and grab a Starr-catered nibble, too. Friday, March 6, 5pm, free after museum admission, Philadelphia Museum of Art, 2600 Benjamin Franklin Parkway 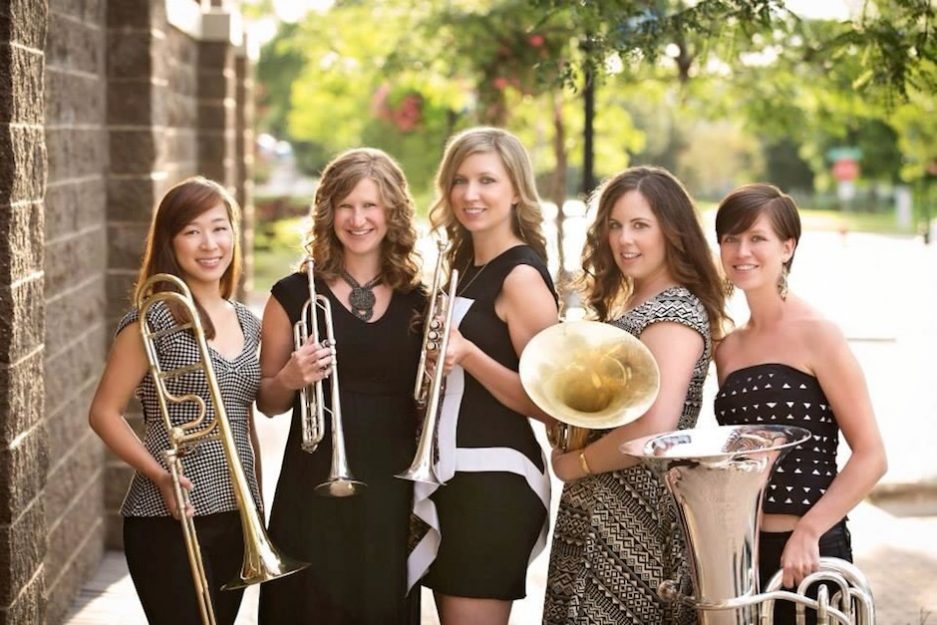 The all-female Seraph Brass ensemble is presenting a free concert on Friday evening featuring the premiere of Philadelphian Joseph Hallman's work Wolf. We recently featured ensemble member Mary Elizabeth Bowden on Ticket, and she'll be joining the rest of the talented musicians for a night of modern music that is not to be missed. Friday, March 6, 7pm, free, St. Peter's Church, 313 Pine Street 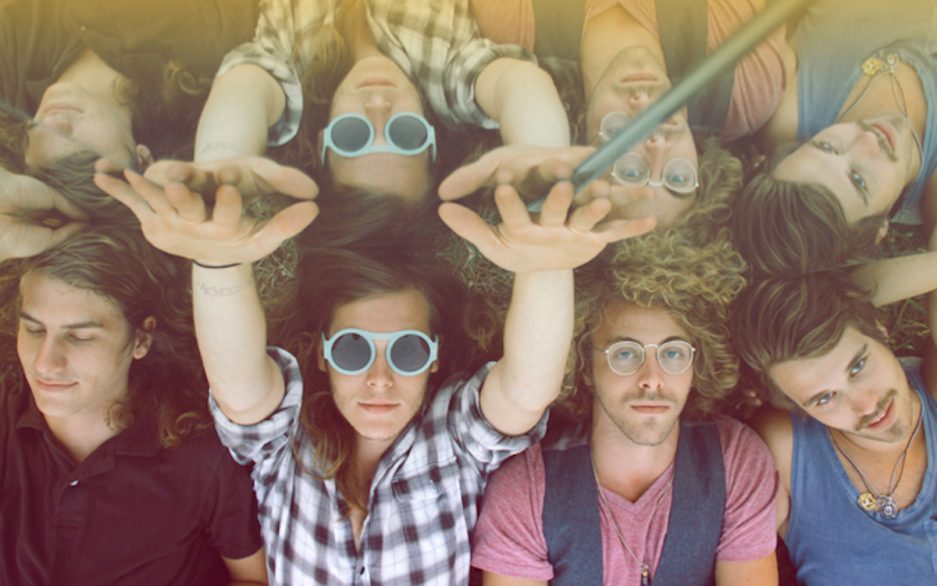 Three years ago, Utah-based rock band Desert Noises packed their bags and hopped in a van, leaving behind jobs, family, and ideas of a conventional lifestyle to travel America and pursue music full-time. Since embarking on that journey, the foursome has built a reputation "as a must-see live act by touring relentlessly and bringing their signature brand of unbridled, infectious rock to clubs and major festivals throughout the U.S." The show will also feature Levee Drivers and Can You Canoe. Tickets are available for purchase online. Listen before you go: "Oak Tree." Friday, March 6th, 8 p.m., 21+, Boot & Saddle, 1131 S. Broad Street. 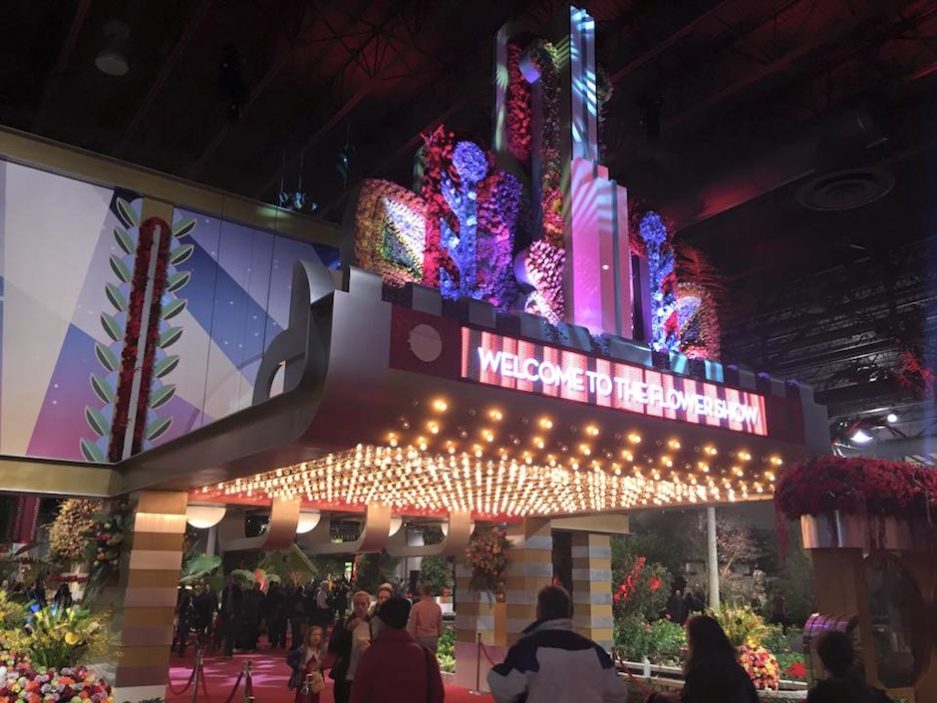 You still have time to catch the Philadelphia Flower Show: The event runs through Sunday, March 8, and there are several special themed events over the weekend. There's a special dog night on Friday, an all-day health and wellness event on Saturday, plus a princess day on Sunday for little ones. Looking for food at the Flower Show? Foobooz has a gude for that. Friday, March 6-Sunday, March 8, Various Times, $17-30, Pennsylvania Convention Center, 1101 Arch Street

Macbeth at The Arden Theatre Company

The ultimate tale of ambition, betrayal, and human psychology plays at the Arden; Shakespeare's Macbeth stars Ian Merrill Peakes as the title role, with Judith Lightfoot Clarke as his devious and strong-willed wife. A winning cast and a stunning visual production makes this classic theater that can't be missed. Runs through April 19, Various times, $36, Arden Theatre Company, 40 North 2nd Street

The classic story, told via dance, returns to the Pennsylvania Ballet: Tchaikovsky's iconic score is choreographed by legendary English artist Christopher Wheeldon. This production, which cost over a million dollars to produce, takes the tale and updates it for modern audiences, featuring sets and costumes inspired by Degas. Runs through March 15, Various times, $59-129, Academy of Music, 240 South Broad Street 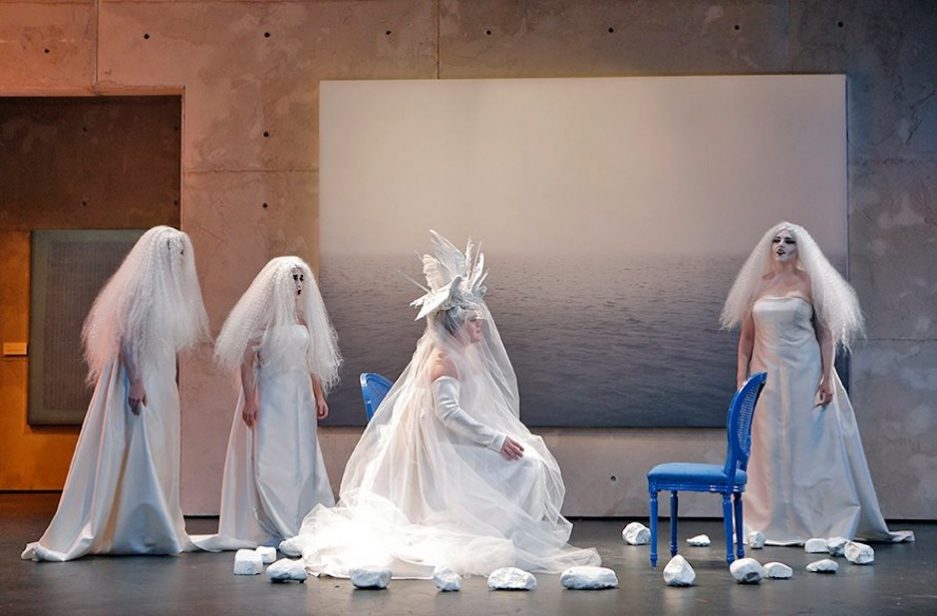 What happens when you mix a burlesque troupe with a classic opera company? That's the dilemma in Ariadne auf Naxos, Opera Philadelphia's co-production with Curtis Opera Theatre. The melodic tunes of Strauss will be performed by a winning cast of some of opera's future superstars in this comical romp. Friday, March 6 and Sunday, March 8, Various times, $65-155, Kimmel Center, 300 South Broad Street 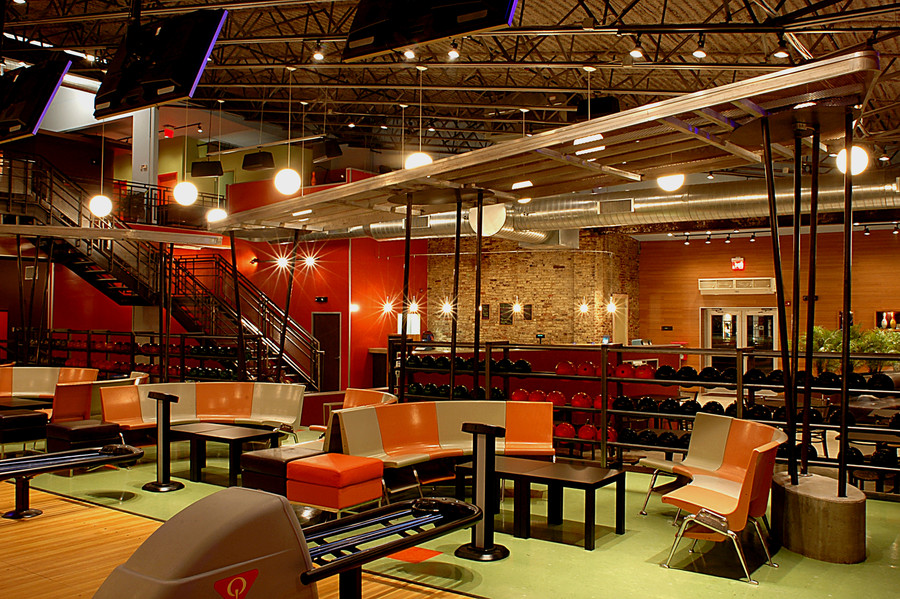 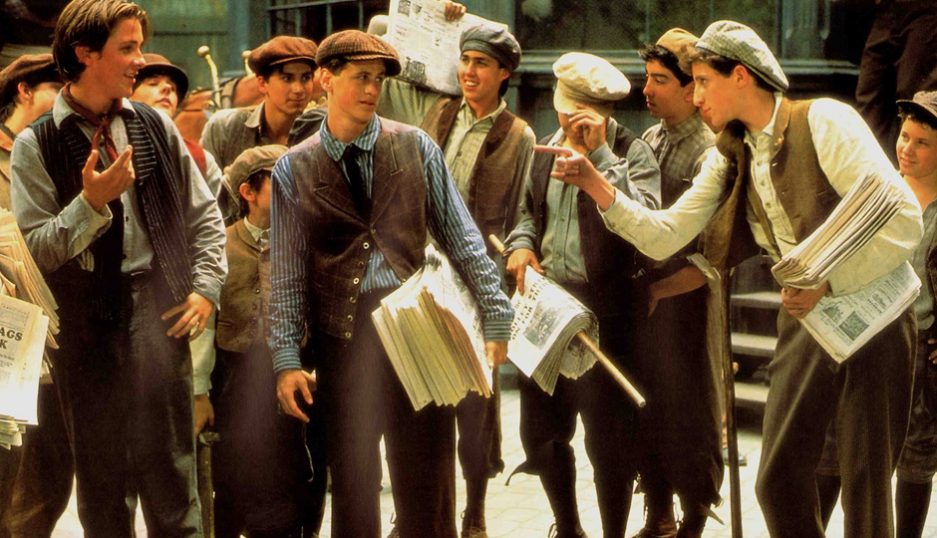 From Be Well Philly: If learning the Newsies choreography on your own has proven too daunting, you’re in luck: Philly Dance Fitness is hosting a Broadway-themed dance workshop this weekend, and owner Deborah Hirsch tells me one of the dances they’ll be learning is the choreography from what is arguably the movie’s best song, “Seize the Day.” More here. 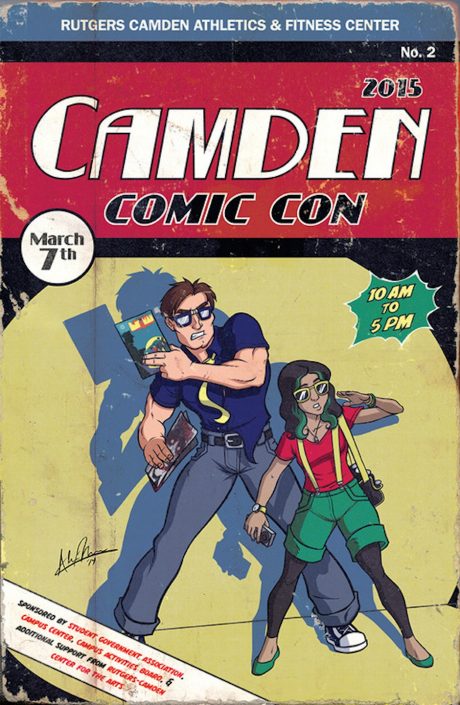 Hardcore comic fans will want to take a trip over the bridge to Rutgers University Camden for the Camden Comic Con this Saturday. Dozens of special guests artists will headline the day-long event, and eager comic creators can try their hand at illustration via a ton of free workshops from some of the industry's biggest talents. Saturday, March 7, 10am, Free, Rutgers University Camden Athletics Center, 301 Linden Street, Camden 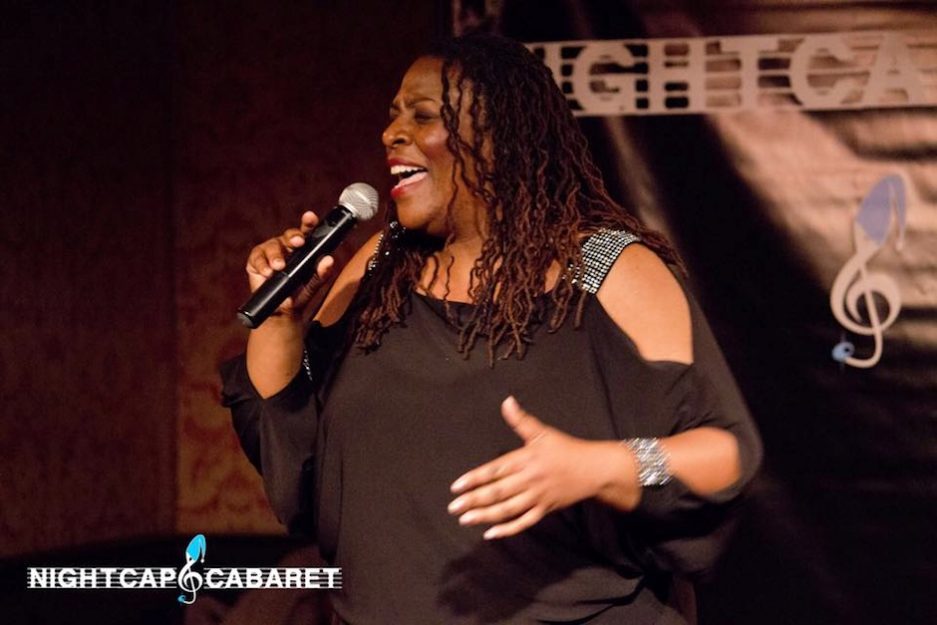 It's a relaxing Saturday evening full of drinks, light bites, and singing at L'etage. Join nearly a dozen musical performers as they belt out their favorite showtunes, and cover is pay what you can cash at the door. If you're feeling like dancing, stick around for free entry to DJ Chris Urban's Dance Party after the show. Saturday, March 7, 7:30pm, pay what you can, L'etage, 624 South 6th Street

To celebrate Women's History Month, the Betsy Ross House is offering a Sunday afternoon of entertainment from some of the award-winning storytellers from Once Upon a Nation. This event for all ages will provide guests a chance to "meet" women who have made huge contributions to our nation's fabric. Sunday, March 8, 11:00am, Free after admission, Betsy Ross House, 239 Arch Street 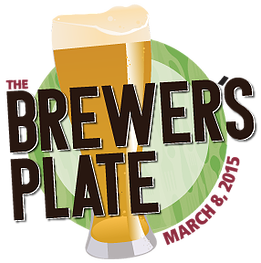 Brewer's Plate at the Kimmel Center

From Foobooz: The Brewer’s Plate is set for Sunday, March 8th at the Kimmel Center. Brewer’s Plate is always one of the best beer events of the year. In its eleventh year, the event pairs local restaurants with local beers and it benefits Fair Food. More than forty restaurants have already signed up including newbies to Brewer’s Plate like; Olde Bar, High Street on Market, 2nd Story Brewing and Wynridge Farms. More here. 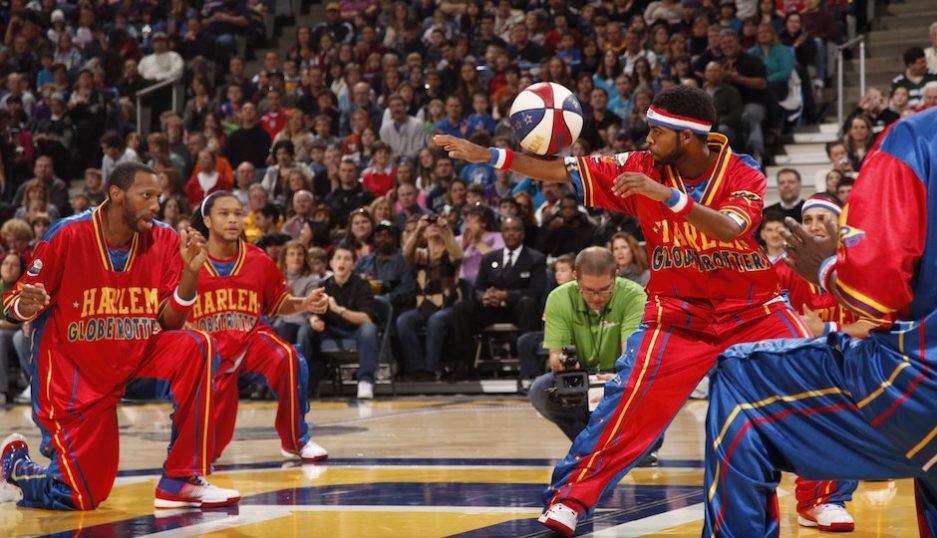 The Harlem Globetrotters are returning to Philly for two shows on Sunday at the Wells Fargo Center. This high-energy athletic show is perfect for the entire family, and features plenty of audience interaction as these basketball pros provide some memorable trick shots that you'll not soon forget. Sunday, March 8, 12:00pm and 5:00pm, $21-161, Wells Fargo Center, 3601 South Broad Street 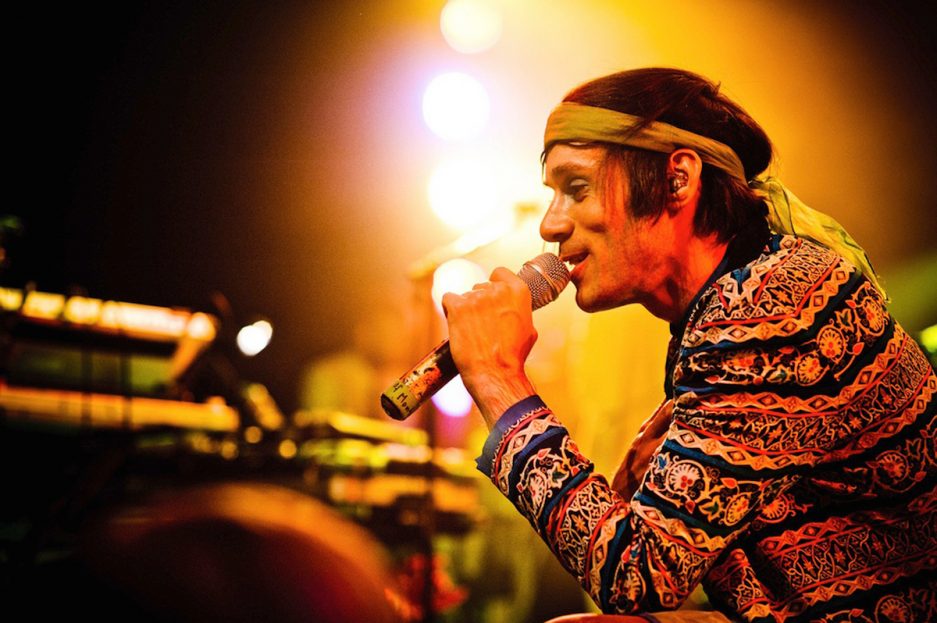 of Montreal at Union Transfer

Founded by frontman Kevin Barnes, of Montreal is a noted member of Elephant 6, the recording company responsible for launching many of 1990's independent bands, all known for their shared appreciation of 1960s pop. The funky Georgia rock band is also known for their constant musical evolution, with records that explore a vast range of sounds from psychedelic pop to glam rock. Their 13th album, Aureate Gloom, will be released this week. Tickets are available for purchase online. Listen before you go: "Empyrean Abattoir." Sunday, March 8th, 8 p.m., Union Transfer, 1026 Spring Garden Street.